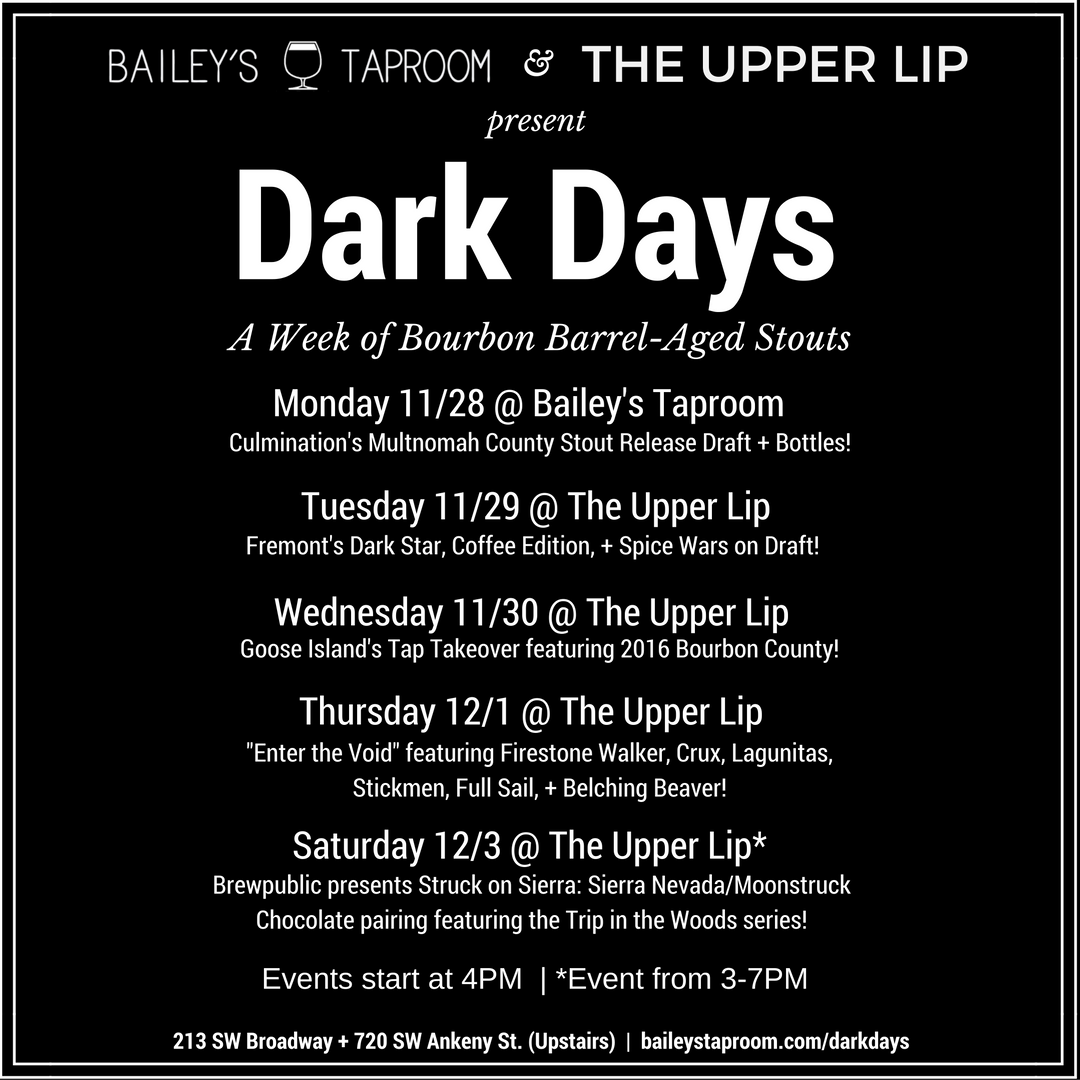 As we enter the final week of November, Bailey’s Taproom and The Upper Lip have put together Dark Days, five days of barrel-aged beers. The events will take place from Monday, November 28th through Saturday, December 3rd.

Events on Monday, Tuesday, Wednesday and Thursday will begin at 4:00pm. Saturday’s event, Struck on Sierra, will take place from 3:00 to 7:00pm. Entry is free to all events.

Enter the Void
Thursday, December 1st – The Upper Lip
Honoring the independent film of the same name, Enter the Void is a day of big, barrel-aged beers from a well-rounded lineup of breweries. Here’s what will be pouring:

BREWPUBLIC Presents Struck on Sierra: Moonstruck & Sierra Nevada Beer & Chocolate Pairing
Saturday, December 3rd – The Upper Lip (3:00 – 7:00pm)
To end out Dark Days we have partnered up Sierra Nevada Brewing and Portland based Moonstruck Chocolate for a special pairing of Sierra Nevada’s Trip In The Woods Series of barrel-aged beers. Master Chocolatier, Julian Rose, from Moonstruck Chocolate will be conducting the pairing at The Upper Lip. Rose is the mastermind behind the successful Oregon Craft Brewers Truffle Collection. (Read more about this collection from our review here.)

Trip In The Woods Series:

Other Sierra Nevada Beers On Tap: