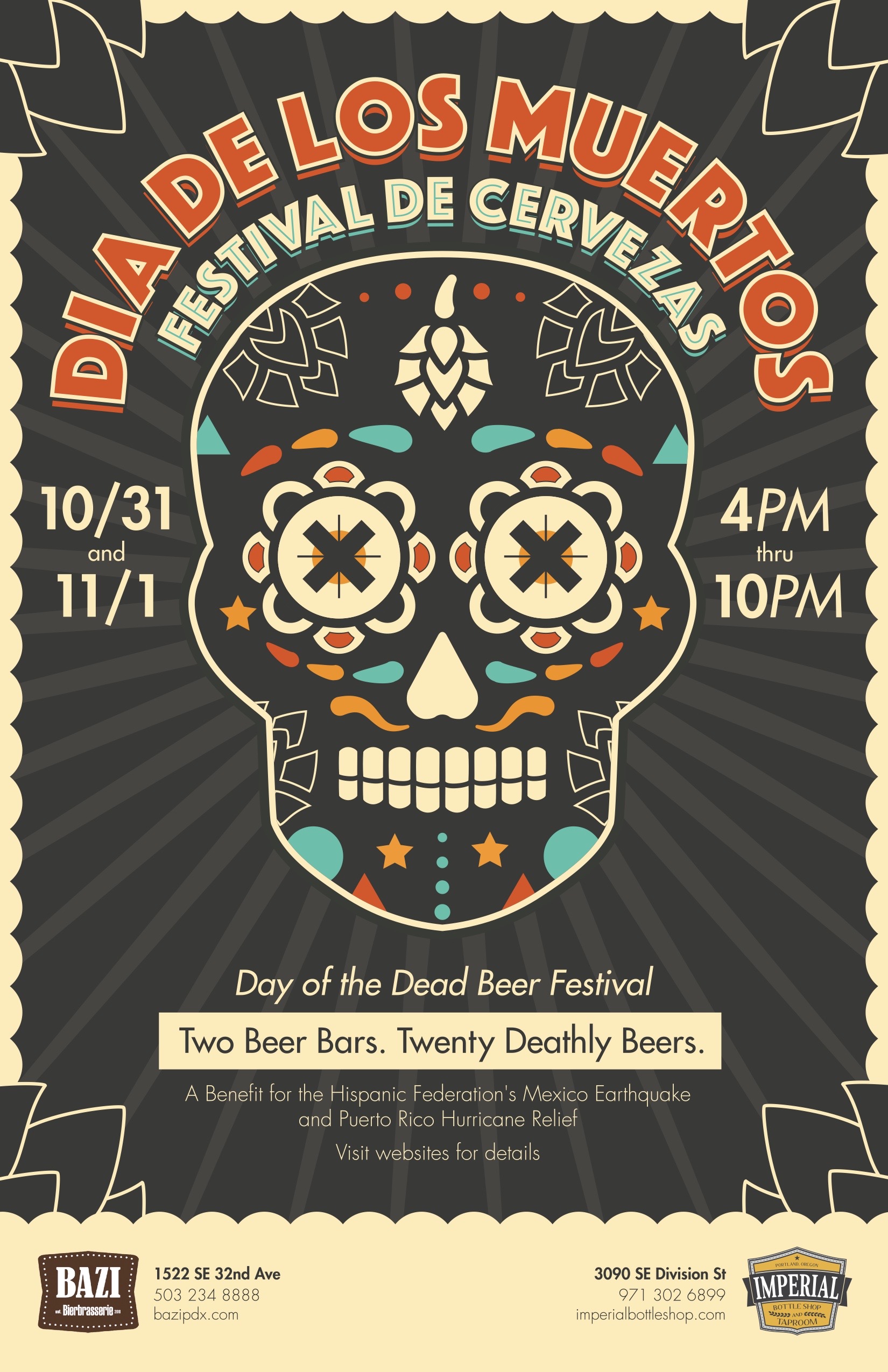 Día de los Muertos celebrates the lives of the deceased with food, drink, and activities the dead enjoyed in life… and who doesn’t enjoy great beer! The Día De Los Muertos Festival De Cervezas will take place concurrently at both locations offering festivalgoers the opportunity to walk less than half mile between the two and experience an eclectic mix of over 20 death-themed beers and ciders. Beers named after the dead, and Mexican-influenced beers that pay homage to the country of the holiday’s origin.

While close in proximity, the two bars are far apart in their approach to beer. Bazi features Belgian-inspired beers from near and a far, and Imperial focuses on local American craft beer. Here’s what to expect to be pouring during the two day event.

In addition, this year Bazi and Imperial Bottle Shop are adding a charity component to this event. A portion of the proceeds from the event will be supporting the Hispanic Federation UNIDOS Disaster Relief and Recovery Program supporting both Mexico earthquake and Puerto Rico hurricane victims. One hundred percent of contributions to the UNIDOS Fund go to help the immediate and long-term recovery needs of children, families and communities in distress from the devastation caused by both the earthquake in Mexico and the hurricane in Puerto Rico.