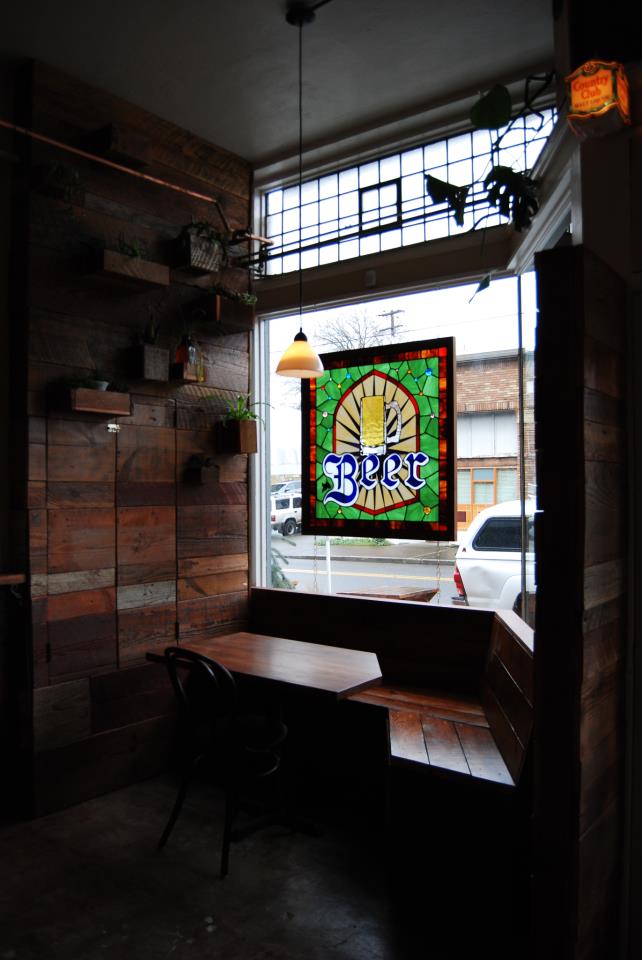 Five years ago Beer, the Portland beer bar with the very nondescript name, opened its doors serving a rotating tap list of beer to inner Southeast Portland. Located next door to a fabulous sandwich shop, Meat Cheese Bread, Beer has scene the neighborhood change over the pas few years with the opening of Revolution Hall and its neighboring bars and restaurants. Then in the coming year Bodega Beer should finally open across the street from Beer to truly make this area a top beer and music destination.

To celebrate its 5th Anniversary, Beer is taking five days in in December to celebrate with you, its loyal following. Beginning on December 7th and taking part over the next few weeks Beer will celebrate its first five years with five days of special beer events. Here’s a rundown from Beer on all 4 events that take place over 5 days throughout the month of December.

Block 15 Tap Takeover & Hoppy Holidays Release
December 7 – 11:00am-11:00pm
This is the first of the run with a full on, no holds barred, cage and ladder 10-tap takeover from Block 15! They’ll be bringing the usual favorites like Sticky Hands, Gloria, and some other standards as well as some great seasonal and special cellar releases! The tap list will get fleshed out as time draws closer to the event.

We’ll also have a special allotment of their seasonal release, Hoppy Holidays! One of our annual favorites from the crew in Corvallis! Festivities start at 11am and go until close!

5th Anniversary Bingo with Ballast Point
December 13 – 6:00-8:00pm
Come help us celebrate our 5th Anniversary with another monthly bingo night! This time featuring our friends from Ballast Point! They’ll have some things to raffle off and because it’s our 5th Birthday we’ll be throwing in some fun stuff to give away too! Games start at 6pm and as always the bingo cards are free!

Five Years For Beer
December 15-16 – All day both days!
Come celebrate our 5th anniversary with us! We’re planning 10 killer drafts and maybe even dusting off some bottles from our cellar to help us celebrate. Draft list and more details to follow!

Welcome To The ‘Hood, Modern Times
December 20 – 6:00-11:00pm
There’s no doubt that we’ll miss The Commons, but we are pretty excited to have Modern Times in our neighborhood! Come join us and Corey from Modern Times as we tap some special offerings they’re sending up for this event. We’ll also be tapping our final keg of The Commons Urban Farmhouse and putting it toe to toe with Modern Times’ saison, Lomaland!