Beer fest season starts in earnest this weekend: craft beer events for the week of March 25 – 31.

Fourth Annual Portland Farmhouse & Wild Ale Festival
Noon-3 p.m. V.I.P. session, 3-10 p.m. General admission Saturday Mar. 26, 3-10 p.m. Sunday Mar. 27, Saraveza, 1004 N. Killingsworth St.; $25 general admission includes tasting glass & 10 tix.
Organizers have outdone themselves for the fourth year of this popular festival and assembled more than 60 saisons, barrel-aged, fruit, herb, spice, sour, and wild yeast beers from more than 25 breweries including outdoor booths featuring Ale Apothecary, Perennial Artisan Ales, The Commons, pFriem Family Brewers and Agrarian Ales for what may well be the largest festival of its kind in the country. The beers will rotate through the weekend, with more than 30 on tap at any time. The festival has expanded to include a Saturday V.I.P, session ($35 advance tickets required) and happens in Saraveza, the Bad Habit Room and in a tented, blocked off portion of N. Michigan Avenue. 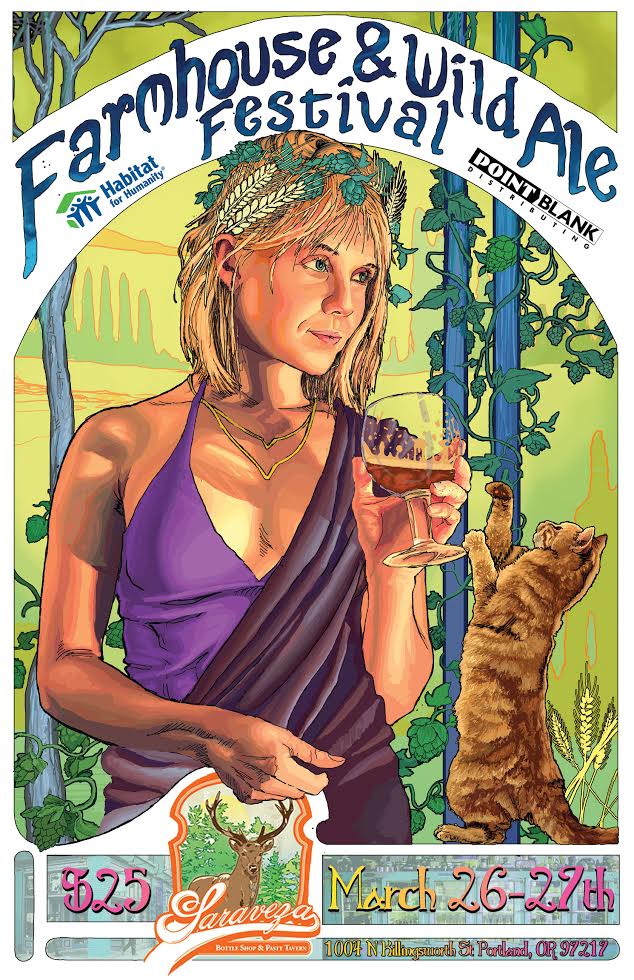 Plus, the festival will be the only place to get ‘The Croze’, a wild saison brewed exclusively for the festival by The Commons. One keg of The Croze will be pouring at the fest for attendees to sample before purchasing bottles. The Croze is an open oak fermented saison brewed with pilsner malt, malted wheat and German hops, bottled and keg conditioned. The Croze was made using a unique technique of fermenting in open top oak barrels. 5.3 percent and very limited. 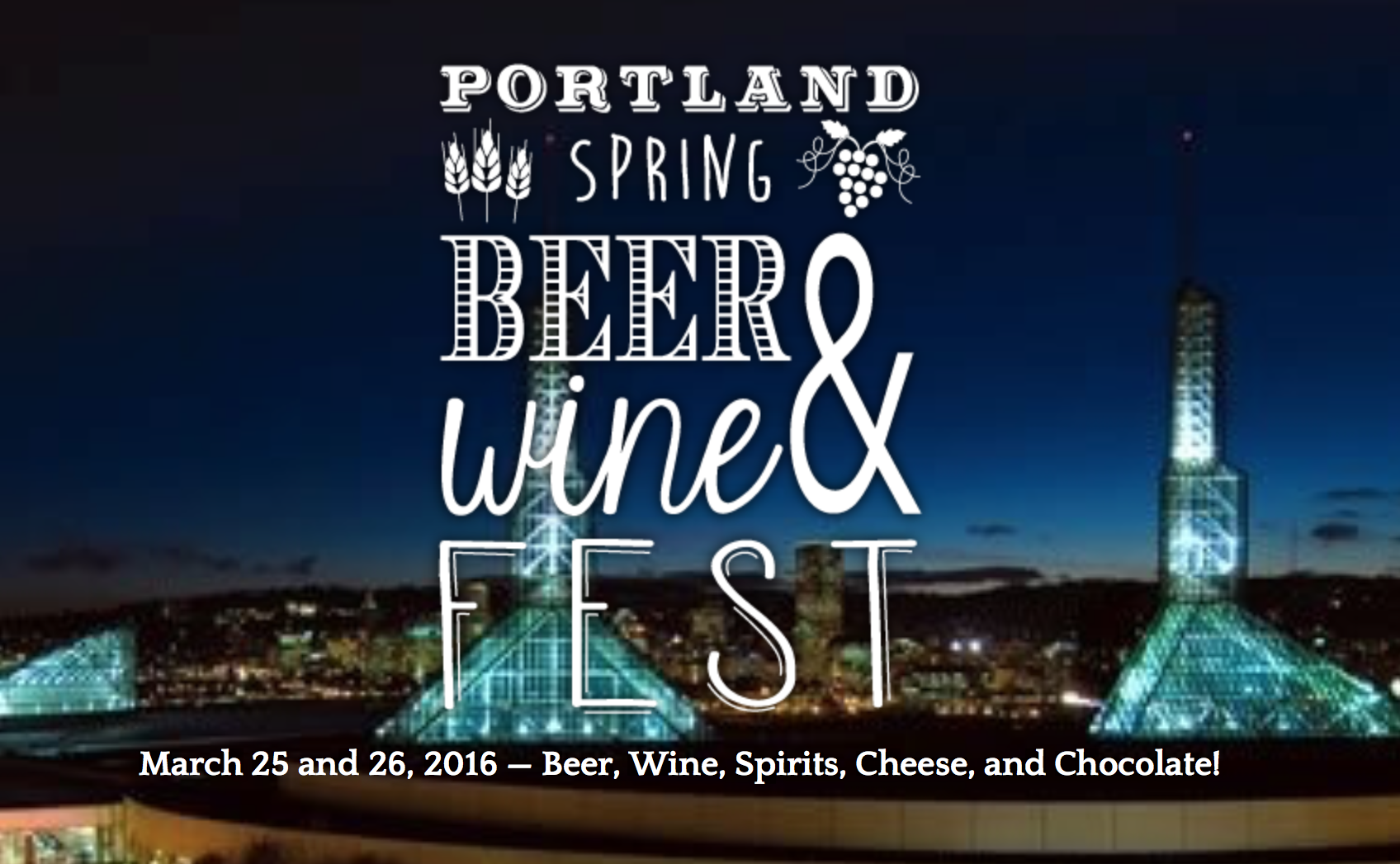 “The other festivals weren’t telling the story,” says Woolard, who also owns the Pod Bar at Carts on Foster, “you couldn’t talk to the brewers because they weren’t there. At the spring fest, the brewers are often available and they can even have a beer or two because they aren’t serving, volunteers are.”

More than 500 volunteers, many from the Oregon Brew Crew, Oregon’s largest homebrewers’ club, make the festival happen each year, and the festival has donated about $35,000 over the years to the club.

Woolard originally envisioned a winter festival, but his first choice for a venue, the now abandoned Multnomah Greyhound Park, had only a couple of weeks open, and those in the spring. As Woolard says, he started to drive away, then turned around, drove back and made plans for an April festival. The event was a success right out of the gate, with a couple of thousand folks showing up for the first one-day fest in 1994, despite being up against the very popular Mayor’s Ball. It moved from the dog park soon enough to the Expo Center, expanded to two and then three days and finally moved to its current home at the Convention Center.

“We really like the Convention Center,” Woolard says, “It’s taken some fine tuning over the years, but it works well as a venue for the fest.”

Since then the Spring Beer & Wine Fest has evolved and grown though the basics were largely in place from day one. This year’s edition include 100 beers from more than 40 breweries, and Woolard makes the effort to seek out smaller breweries that other festivals may ignore. “We go after the little guys who really need the exposure – that can be tough, but it’s worth it to have beers that are new to many festival-goers.” As a result, you’ll get to taste beers from young breweries such as Drinking Horse, Coin Toss, Leikam, Ordnance, Krauski’s Brewski’s and more, while still be able to opt for offerings from bigger brewers such as 10 Barrel, Leinenkugel’s, Green Flash and Elysian.

Though craft spirits, cider and mead and were nonexistent or the merest blips on the radar screen when this festival began, they’re well represented at this year’s event, and regional wineries play a big part, too. There’s a full schedule of cooking seminars on the Food Stage, all of which will be filmed and eventually posted on You Tube, and popular features such as the Hip Sips Lounge with seven local craft distillers represented, the Smoker’s Lounge and the Tour De Cheese & Chocolate, plus the Timbers game on big-screen television and live music both days with The Brass Roots Movement, the Garcia Birthday Band, the Tess Barr Band and the Too Loose Cajun/Zydeco Band. 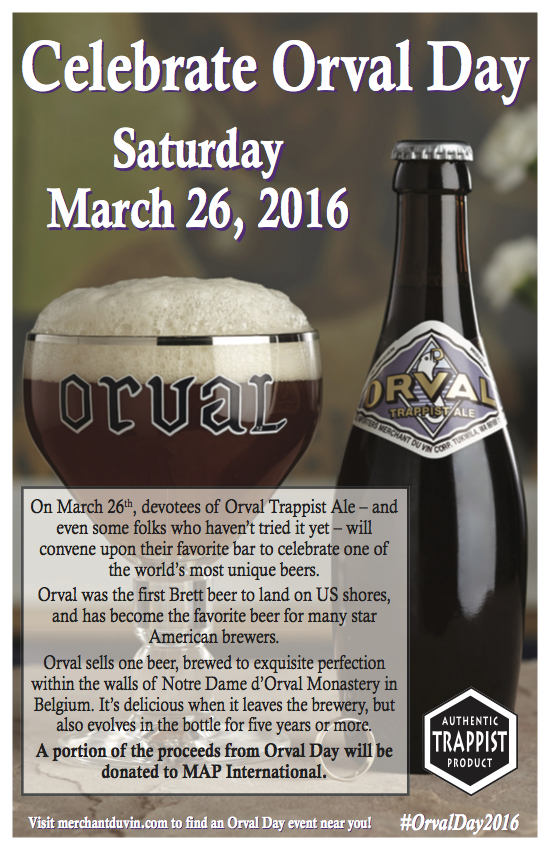 Princess Matilda, a Duchess of Burgundy, was passing through the forest in what is now Belgium with a group of travelers. They stopped to rest near a clear spring, and as Matilda trailed her hand in the water her wedding ring – a memento of her deceased husband – slipped off her finger and quickly sank. Matilda’s heart sank along with the ring, but she fell to her knees and prayed for its return.

Imagine her delight when a trout swam up to the surface with her gold ring in its mouth, returning it to her! She proclaimed this area to be a “Golden Valley,” and gave the land to the church to establish a monastery. To this day, the trout and ring can be seen in Orval’s logo.

The first church was consecrated at Notre-Dame d’Orval in 1124, and the monastery became part of the Cistercian (Trappist) order in 1132. Orval was rebuilt after fire in 1252, and rebuilt again after a complete sacking and pillaging in 1637, during the Thirty Years War. But when Napoleon’s General Loison sacked and burned Orval in June 1793 everything was wiped out. The community was disbanded in 1795.

But in 1926, the rebirth of Orval began – and a brewery was included in the construction plans, as a traditional way of earning revenue for construction and daily operations.

Over the decades since, Orval Trappist Ale has earned global recognition: there is no other beer like it. It’s made from pale and caramel malts, with liquid candi sugar; it’s fermented by the Orval yeast strain, dry-hopped, then bottle-conditioned with Brettanomyces, a yeast that consumes complex sugars. This leads to Orval’s age worthiness; its dry finish; a bold, acidic sharpness; and a sourness that is somehow soft and appealing.