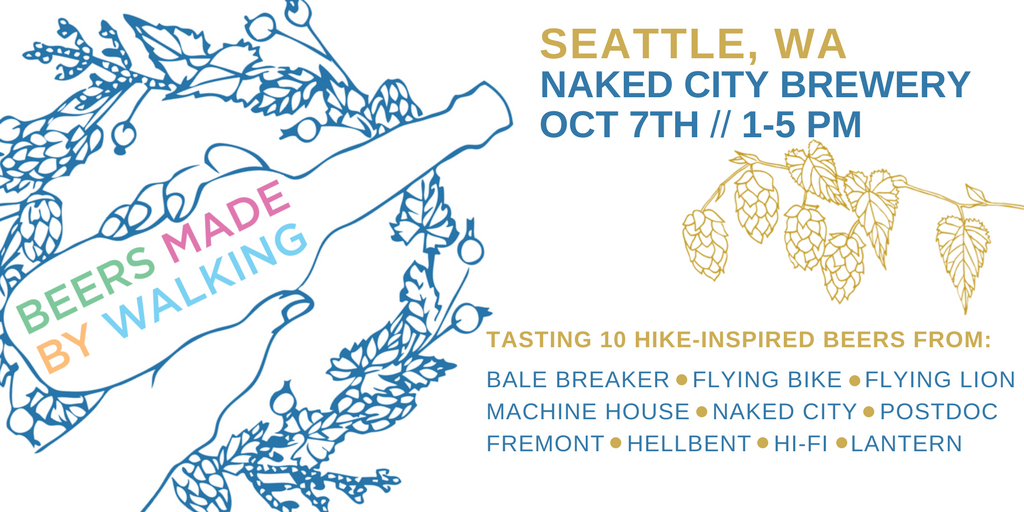 The 2017 Seattle edition of Beers Made By Walking (BMBW) has announced its beer list for its October 7th event at Naked City Brewery & Taphouse from 1:00-5:00pm. Throughout the year BMBW worked with 10 local Washington breweries each to create a beer inspired by local plants on hikes the brewers trekked over the summer organized by Washington Wild. Each beer is a unique, drinkable portrait of the landscape.

Here’s what to expect on tap at the Seattle event.

This special tapping event takes place at Naked City Brewery & Taphouse on October 7th from 1:00-5:00pm. Tickets, available from Washington Wild, are $20 and include entry and eight 4 oz. pours. All proceeds of this event are donated to Washington Wild to help protect public lands, wild spaces, and clean and healthy watersheds in Washington State.