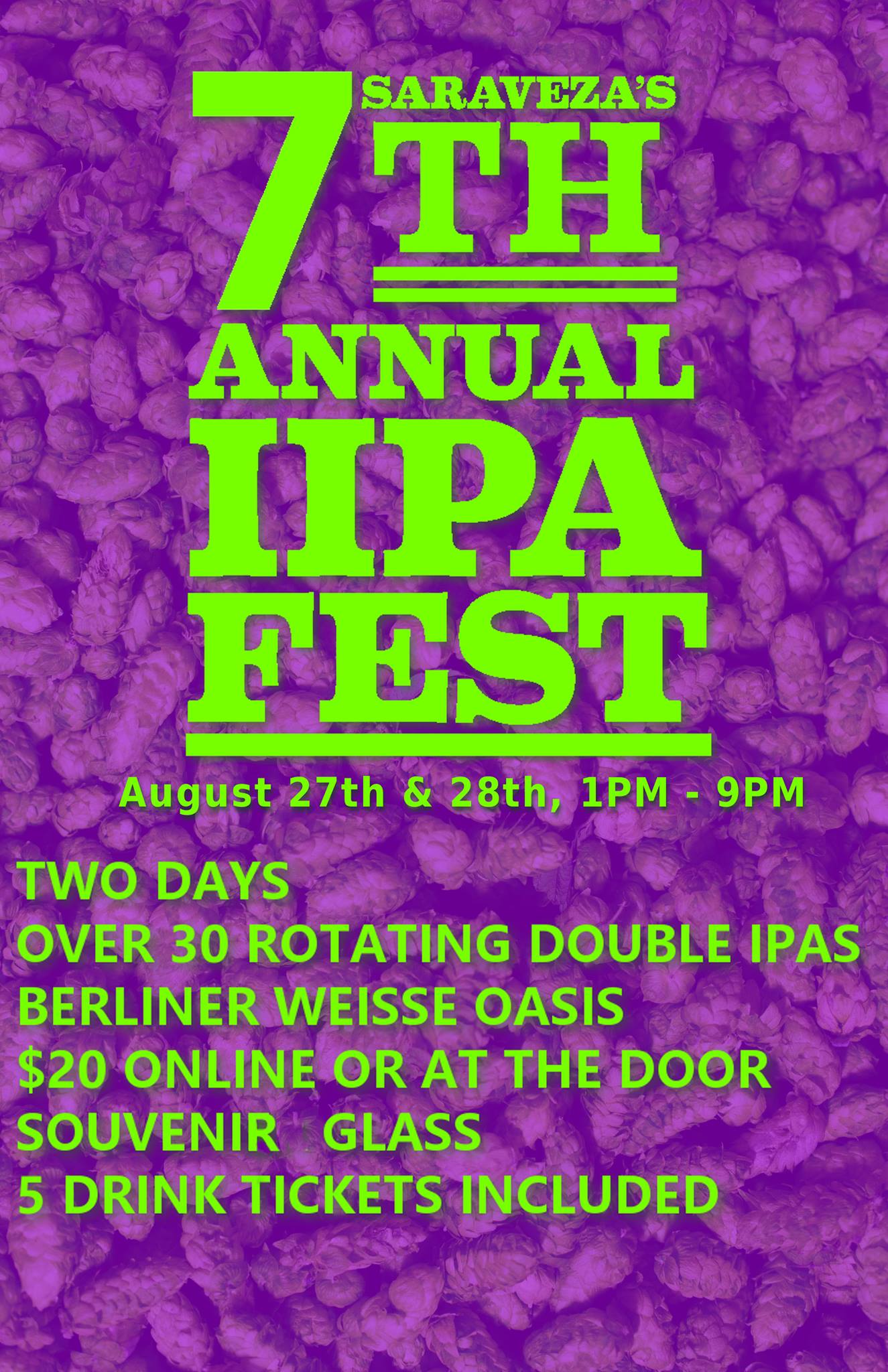 The beer list has been revealed for the 7th Annual IIPA Festival as it returns to Saraveza Bottle Shop & Pasty Tavern over the last weekend in August. From 1:00 to 9:00pm on Saturday, August 27 and Sunday, August 28, Saraveza and Bad Habit Room will host the hoppiest two days in beer. For 2016 there will be 38 Imperial IPAs pouring, the return of the Berliner Weisse Oasis and a new food option of Double Beef Burgers.

Entry to the 7th Annual IIPA Festival is $20.00 that includes a commemorative IIPA Festival glass along with 5 beer tickets that are good for a 4 oz. sample of beer. Some of the festival beers will cost 2 tickets per 4 oz. sample. Advanced ticket purchase is encouraged.

Here is the beer list for the rotating Imperial IPAs during the 7th Annual IIPA Festival.

One change to this year’s IIPA Festival is that its Double Bacon BLTs are being retired. Yes, Saraveza is well known for its bacon but this year things are changing by offering double beef burgers.

The safest way to arrive and depart from Saraveza’s IIPA Fest is to take TriMet. The #72 & #4 bus lines run right to Saraveza and the MAX Yellow line N. Killingsworth stop is just a few blocks away to the west. There is limited off-street parking available in the PCC #6 lot across Killingsworth from Saraveza.

Stay up to date on all of the 7th Annual IIPA Festival happening by following its Facebook Event Page. Also be sure to follow Saraveza on Instagram at @saravezapdx and use hash tag #IIPAFest.