This week there are a tremendous amount of beer releases, events from the likes of Little Beast Brewing, Crux Fermentation Project, Baerlic Brewing, and Great Notion Brewing. Plus Falling Sky Brewing brings its meats to Imperial Bottle Shop and the raclette machine is in action at Occidental Wursthaus. Here are the beer events including a wine tasting and a whiskey class that begin the week of April 27th.

Delight Belgian Blond Beer Release
4-10 p.m., Thursday, April 27, Baerlic Brewing, 2235 SE 11th Ave.;
After a slight delay since the beer was not quite ready, the folks at Baerlic Brewing will release its Belgian Blond Ale today. Delight is a Belgian style blond ale with big aromas of Honeycrisp apple, sweet bread & candied orange with a dry and warming finish. A beer designed to leave a smile on your face! 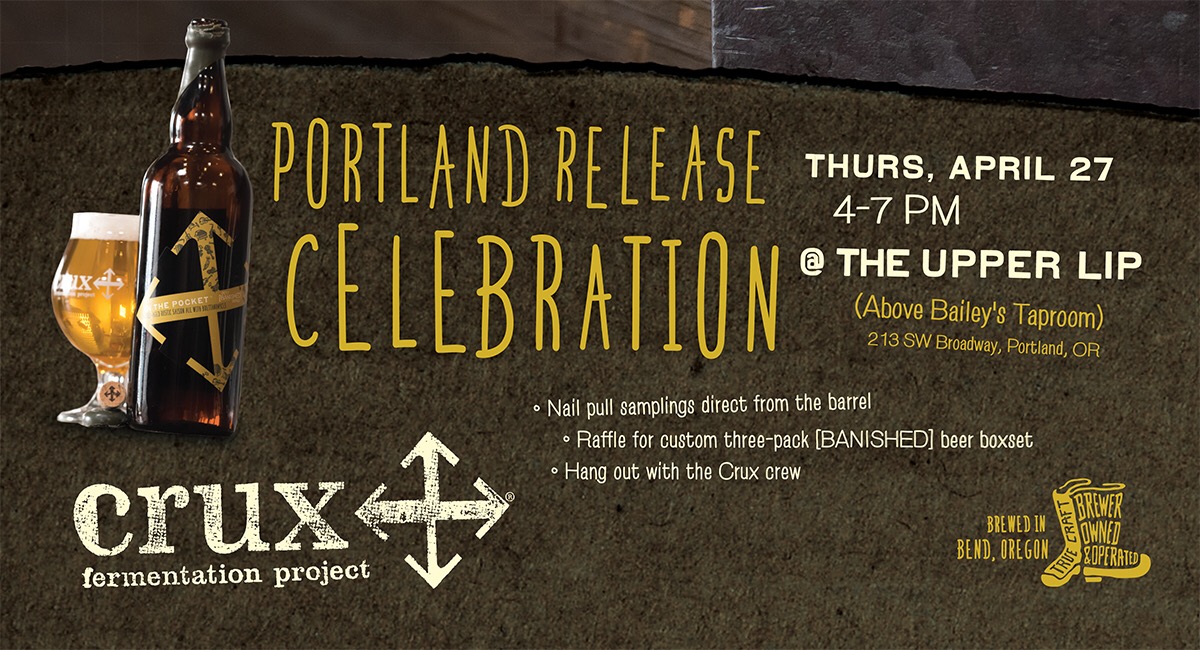 In The Pocket With Crux
4-8 p.m. Thursday, April 27, The Upper Lip, 720 SW Ankeny;
Celebrate the release of the brand new [BANISHED] beer from the Crux Fermentation Project above Bailey’s Taproom. In the Pocket is a NW Red Wine Barrel-Aged Rustic Saison with Brettanomyces Lambicus and Bruxellensis.

Raclette Night
5-8 p.m. Thursday, April 27, Occidental Wursthaus, 6635 N. Balmoral Ave;
An evening of cheese and beer will take place at Occidental Wursthaus as David Gluth will be on the patio serving Raclette hot off the wheel accompanied with baguette, sliced ham, potatoes, and salad. Pair the cheese with one of Occidental Brewing beers on tap or with a glass of wine. The event goes from 5:00-8:00 or until we run out of cheese!

Get the full 4 beer and pastrami pairing with accoutrements (rye bread, mustard, pickled veggies) for $17. Beers will also available by the glass and pint. 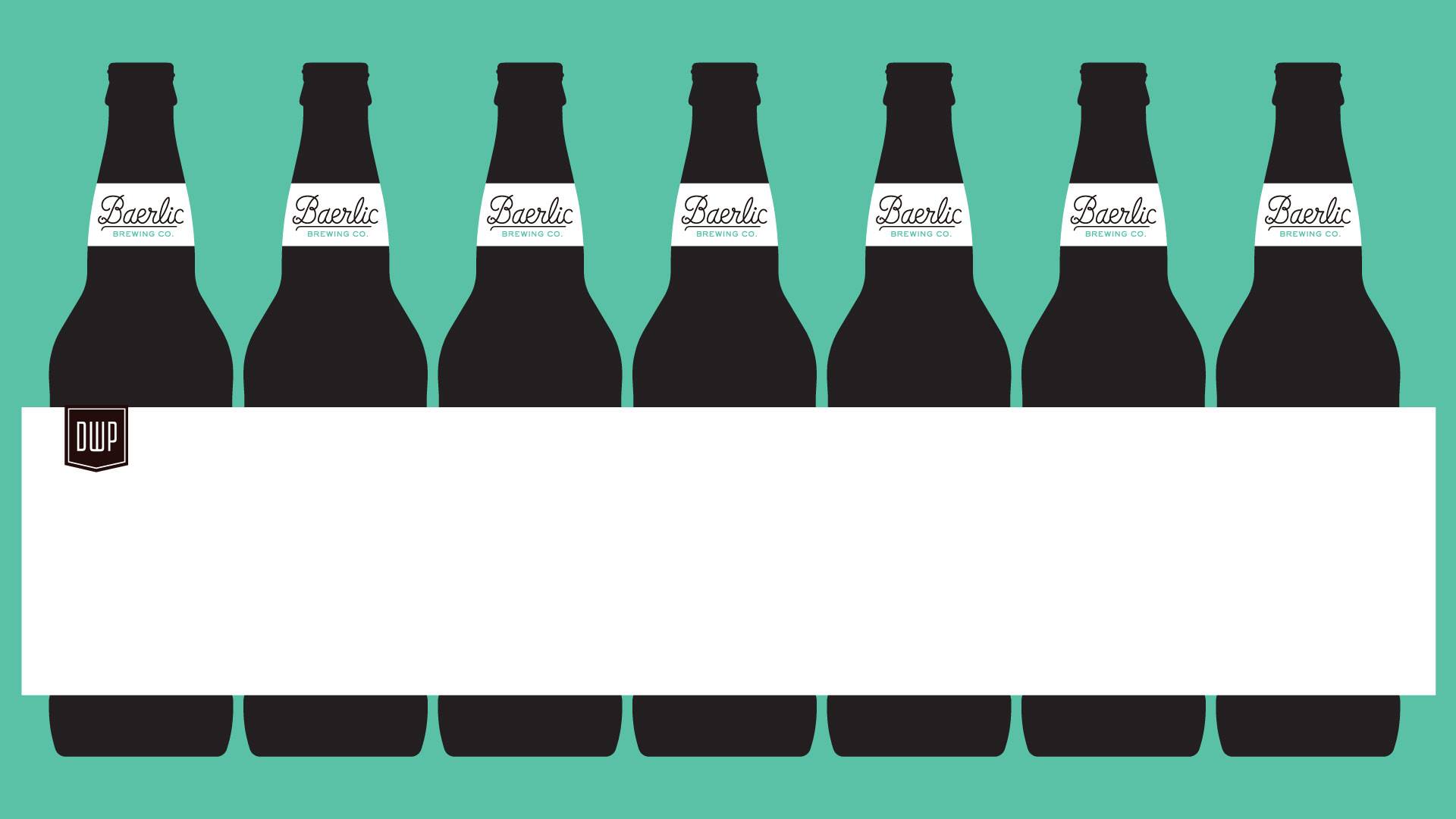 Come out and cut your chops in the historic art of beer bottle design for a collaborative Drink and Draw event! Delicious beer will be served along with a blank canvas in the form of a 22oz bomber bottle to attack with your creative prowess. As each bottle of art gets finished, we all populate the wall with 99 Bottles of Art! Sit, relax, drink & draw – easy as that!

Belgian Beer Summit
2 p.m. Friday, April 28, Roscoe’s, 8105 SE Stark;
Join Roscoe’s in celebrating the beers and beer styles of Belgium! The Belgian beer summit will kick off on April 28th at 2:00pm with great Belgian and Belgian style beers on tap all weekend.

Little Beast Brewing Night At The BeerMongers
5-8 p.m. Friday, April 28, The BeerMongers, 1125 SE Division;
Last Saturday Charles Porter launched his brewery at OP Wurst. Now he’s taking the show on the road. Look for his latest beers on tap at The BeerMongers. 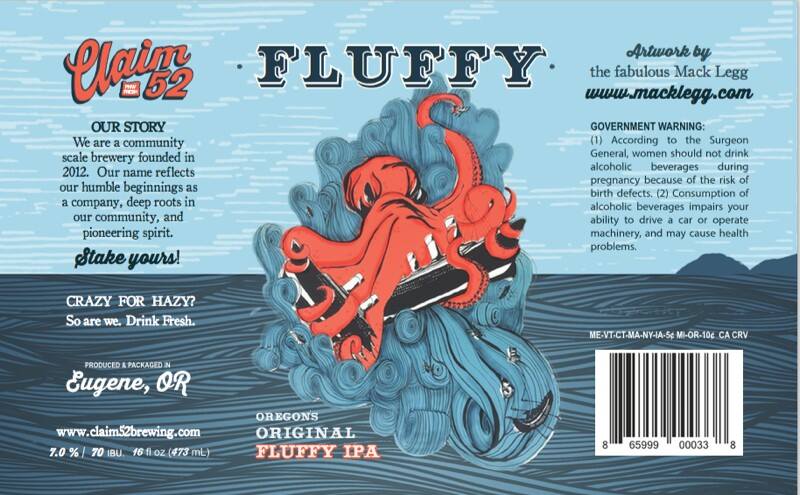 100% of proceeds from every pint, growler and crowler sold of donated beer from the generous sponsors plus $1 per pint or fill from in-house taps, glasses of wine, and bottles in coolers will be donated to MyPitBullIsFamily.org. This is a non-profit organization focused on ending breed discriminatory housing and insurance policies, as well as building a nation-wide database of pet friendly housing for pups of all breeds!

Raffle with prizes from Original Bully, My Pit Bull is Family, Caps N’ Taps, Local Breweries including Backwoods Brewing Company of Carson, WA, Coalition Brewing of Portland, OR and Grains of Wrath Brewing coming soon to Camas, WA and more! Plus bring at least a $1 and enter the special raffle to win a bully sized pet basket, suitable for any breed!

Entries will be accepted in all European beer styles. Winners will be determined by a panel of judges, plus there will also be a People’s Choice award. Prizes include a $100 gift certificate to Abbey Bar for both the judges’ choice and people’s choice. Contact Abbey Bar for more details on entering.

Pour Oregon – A Cellar 503 Wine Festival
2-7 p.m. Sunday, April 30, Castaway, 1900 NW 18th Ave.; $65 includes souvenir glass and tastes from all 40 wineries
Pour Oregon is a one-day wine tasting event on April 30, 2017 featuring over 40 boutique wineries from all over the state. It will be open to the public from 2-7pm. Ticket price includes entry to the event, a Riedel wine glass, and tastes from all 40 wineries. $5 of every ticket goes to support the Make-A-Wish Foundation of Oregon. www.pouroregon.com

Beaches PDX Brews & Bites With Burnside Brewing
6:30-9 p.m Sunday, April 30, Beaches, 7000 NE Airport Way; $43 Ticket
An evening of food and beer pairings from Beaches and Burnside Brewing will take place at PDX. Join Beaches and learn about what’s brewing at Burnside and try some creative dishes from Chef Eugene and his team! Call now to reserve your spot at 503-335-8385

Spirit Research Academy – Oregon Whiskey Edition
5:45-7 p.m. Monday, May 1, Jo Bar & Rotisserie, 715 NW 23rd Ave; $35 Ticket – Reservations Required
Begin the week with Spirit Research Academy – Oregon Whiskey Edition. For this month’s class Jo Bar will be tasting attendees on Ransom Spirit’s The Emerald, Bull Run Distillery’s Oregon Single Malt, and Clear Creek’s McCarthy’s Oregon Single Malt. In addition to those being served neat guests will get small pours of those as cocktails, different recipes to highlight the various flavor profiles of each whiskey. They will also get some small snacks through out the event.

Meet the Ex Novo Brewer
6-9 p.m. Wednesday, May 3, The BeerMongers, 1125 SE Division;
Ex Novo Brewing comes to Southeast Portland with a solid tap list of new beer and cellared ones.