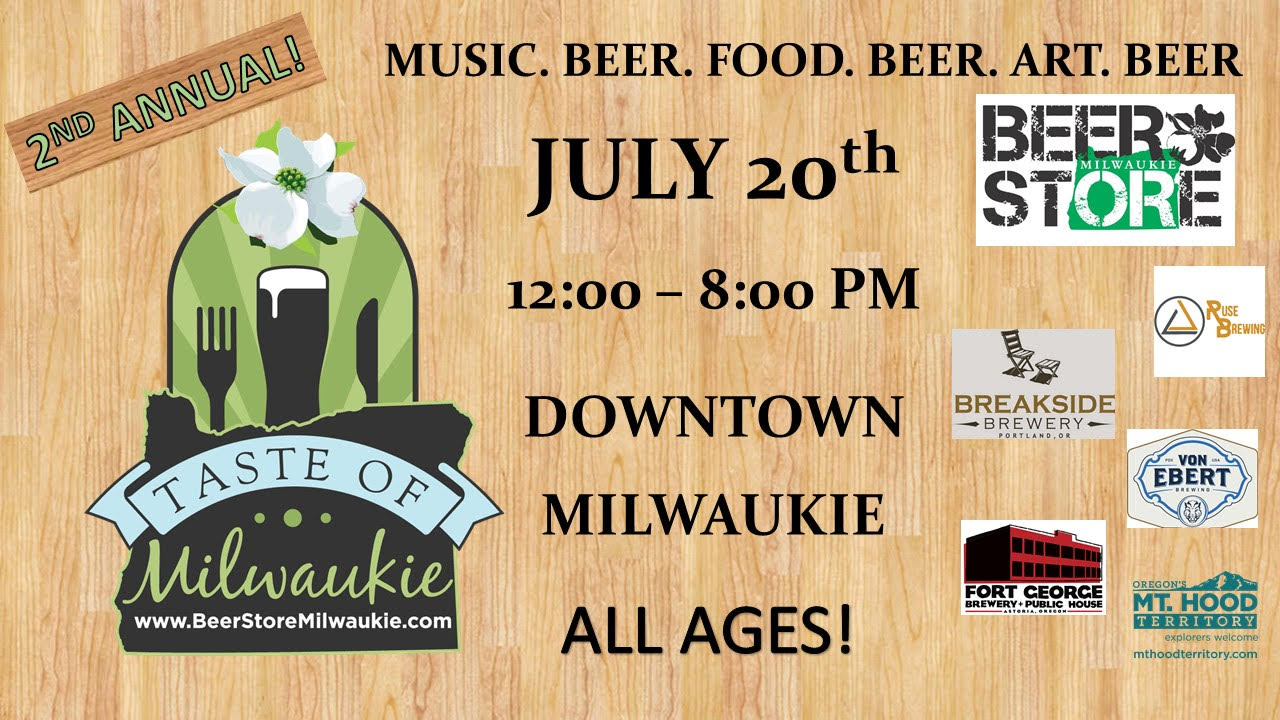 Taste of Milwaukie will take place in the heart of downtown Milwaukie at the corner of SE Harrison and SE McLoughlin Blvd. This all-ages, family friendly event is free to attend will have activities for all ages. There is no cost to attend the event.

Beer and Cider tasting starts at $15.00 and includes a commemorative glass plus 4 tasting tickets to use for beer and cider. Additional tasting tickets are available for purchase during the event. Taste of Milwaukie is also selling pre-sale ticket packages include 6 tasting tickets, that’s two bonus tickets at a cost of $17.92 after fees. Advance tickets can be purchased by clicking HERE.

Here’s a preview of the breweries that will be serving beer at the Taste of Milwaukie.

In addition to the beers to be served, Taste of Milwaukie will also feature craft cider and wine from Wine 30. There will also be a food vendors including Getty Gyro on site during the fest.