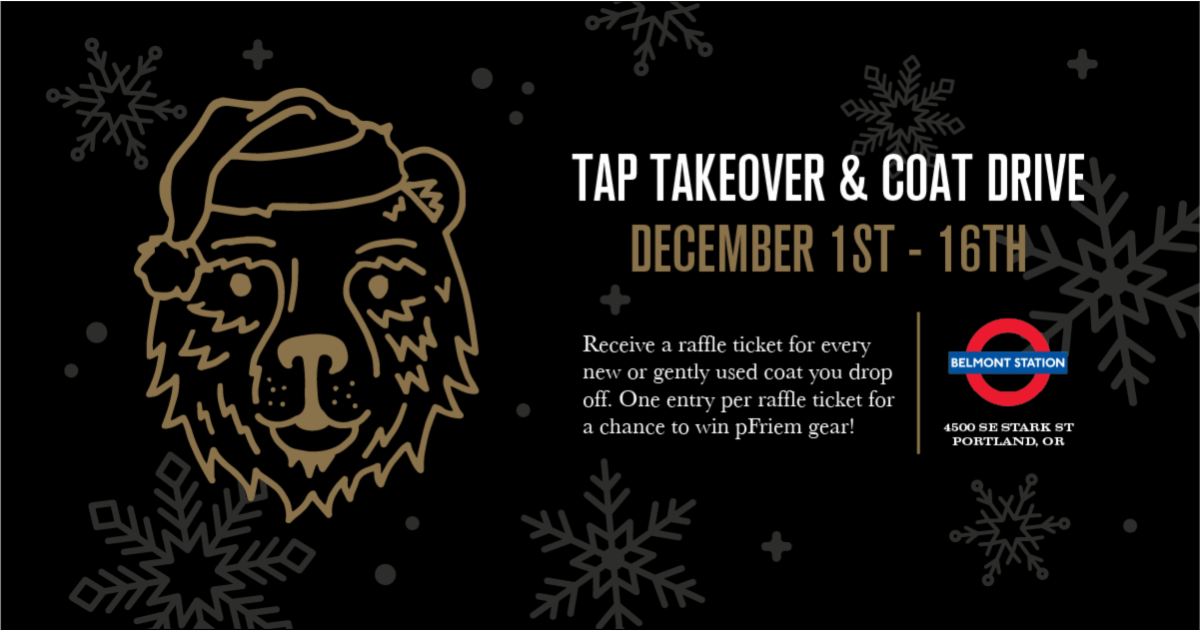 Today, pFriem Family Brewers have taken over the taps at Belmont Station to close out this year’s coat drive. On tap are ten special beers from the beloved Hood River brewery.

There’s also plenty of time to donate a coat in the Belmont Station Coat Drive. Bring in a new or lightly used coat to Belmont Station and fill out your info on their raffle sheet for your chance to win some excellent prizes from The Station and pFriem!

The beers are pouring all day long until close at 11:00pm tonight!