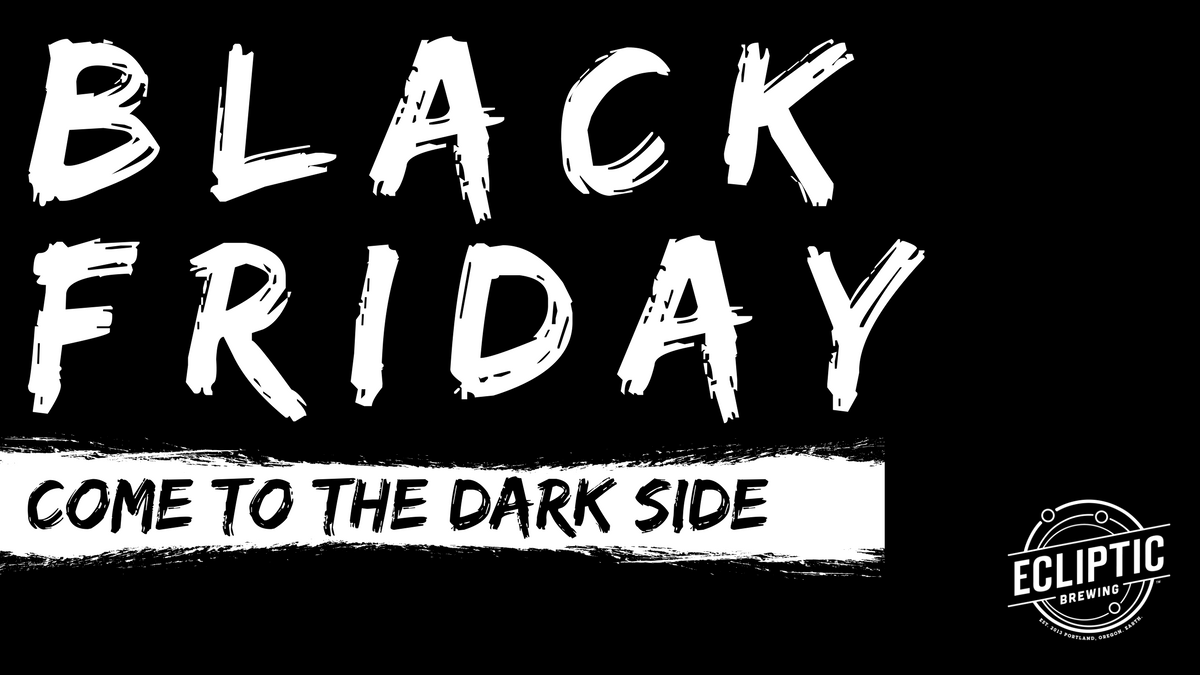 Portland, Oregon. Earth. (November 16)– On Friday November 24th, Ecliptic Brewing invites you to escape the Black Friday madness in the stores and come to the dark side at their brewery and restaurant in North Portland.

From the beers to the food and beyond, Ecliptic will be observing Black Friday from the dark side.  Attendees can expect to enjoy all of the following:

Check out the Facebook page here for all of the up to date details.

About Ecliptic Brewing
Ecliptic Brewing is a venture from John Harris, an Oregon beer icon whose background is steeped in the state’s rich craft brewing history. The name Ecliptic unites Harris’ two passions: brewing and astronomy, and as such, the brewery celebrates the Earth’s yearly journey around the sun through both its beer and restaurant menus. Executive chef Michael Molitor rotates his seasonally inspired menu every six weeks in accordance with the old-world calendar. Harris’ signature beers include Spectra Hoppy Pilsner, Orbiter IPA, Carina Peach Sour Ale, and Capella Porter. For more information, visit:www.eclipticbrewing.com.