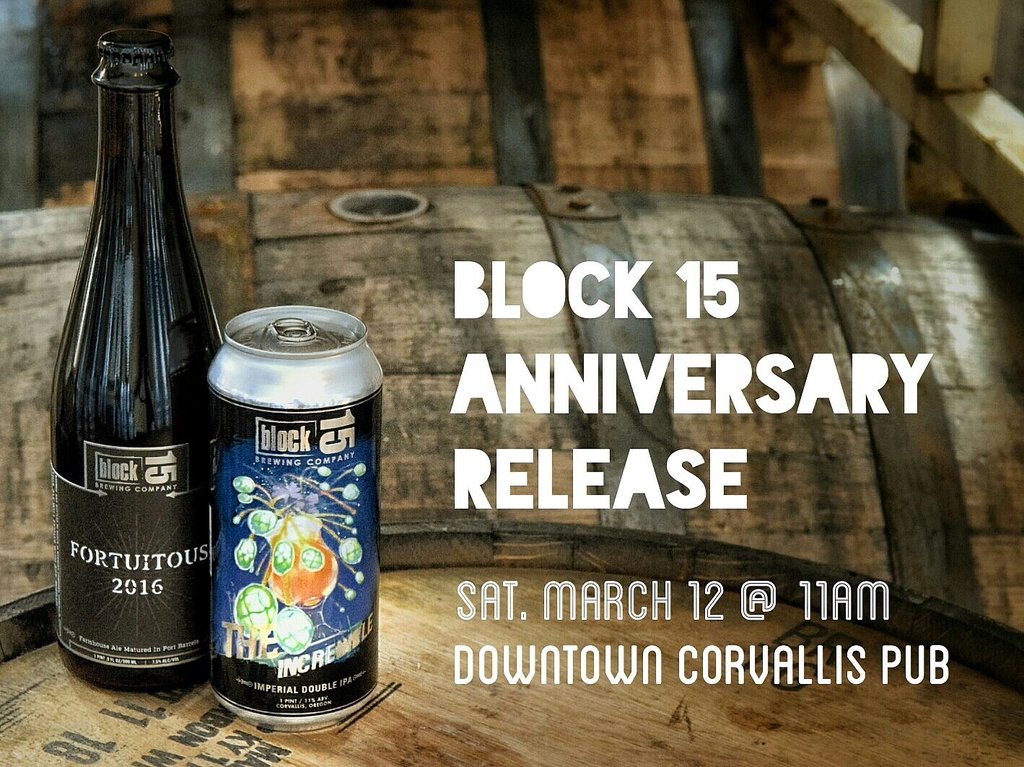 Its been eight years now that Block 15 Brewing Company has been captivating craft beer drinkers in Oregon and beyond. To help celebrate this milestone Block 15 will releasing two new beers on Saturday, March 12 for its 8th Anniversary. There will also be some enticing food specials for the anniversary.

Beginning at 11:00am, Block 15 Restaurant and Brewery in downtown Corvallis, Oregon will be hosting a release party for The Incredible Imperial Double IPA and Fortuitous 2016 Red Farmhouse Ale in conjunction with its anniversary. The Incredible will be released in 16 oz cans while Fortuitous 2016 Red Farmhouse Ale will be released in 500 ml bottles.

Here are more details on both beers.

The Incredible Imperial Double IPA
Our Imperial Double IPA is brewed with pale & pilsner malts, dextrose, and a whole lot of Northwest grown hops. The incredible aspect of this beer is the perfect balance between luscious hop characters; unobtrusive but supporting malt, and crisp water treatment.
11% ABV
$4 / 16 oz can – Limit 12 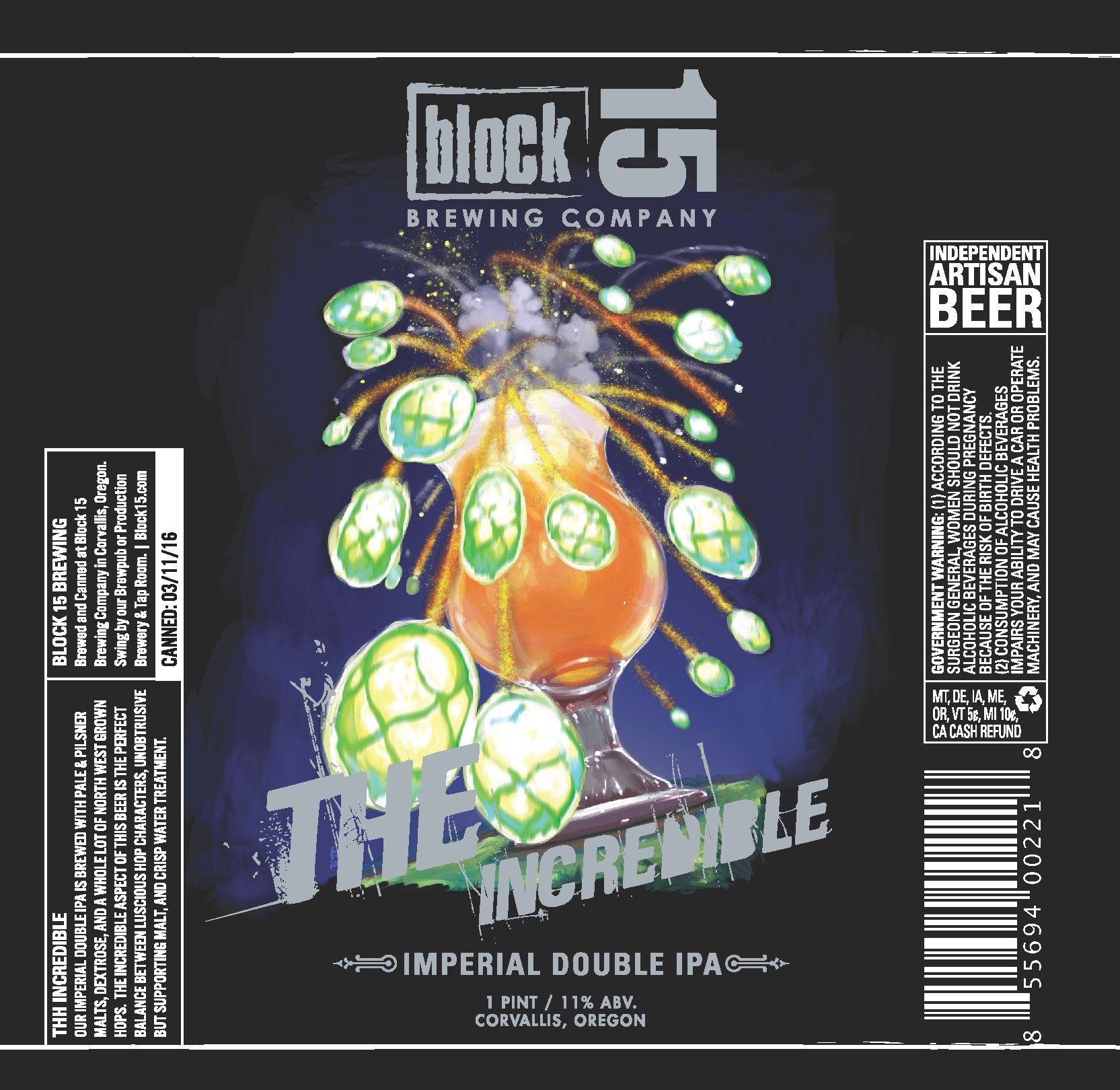 Fortuitous 2016 Red Farmhouse Ale
This red farmhouse was designed as an anniversary offering for one our favorite beer chefs. After his restaurant unexpectedly closed, the beer was left to mature in port barrels for an additional year and a half, undergoing a fortuitous transformation into the luscious beer that it is today. Fortuitous balances complex malt character with soft acidity, alongside notes of stone cherry, plum, nuts, and persimmon.
7.5% ABV
$11 / 500mL bottle – Limit 4

For this release and its anniversary Block 15 will not be hosting a brunch so all bottle and can sales are first-come, first-served.