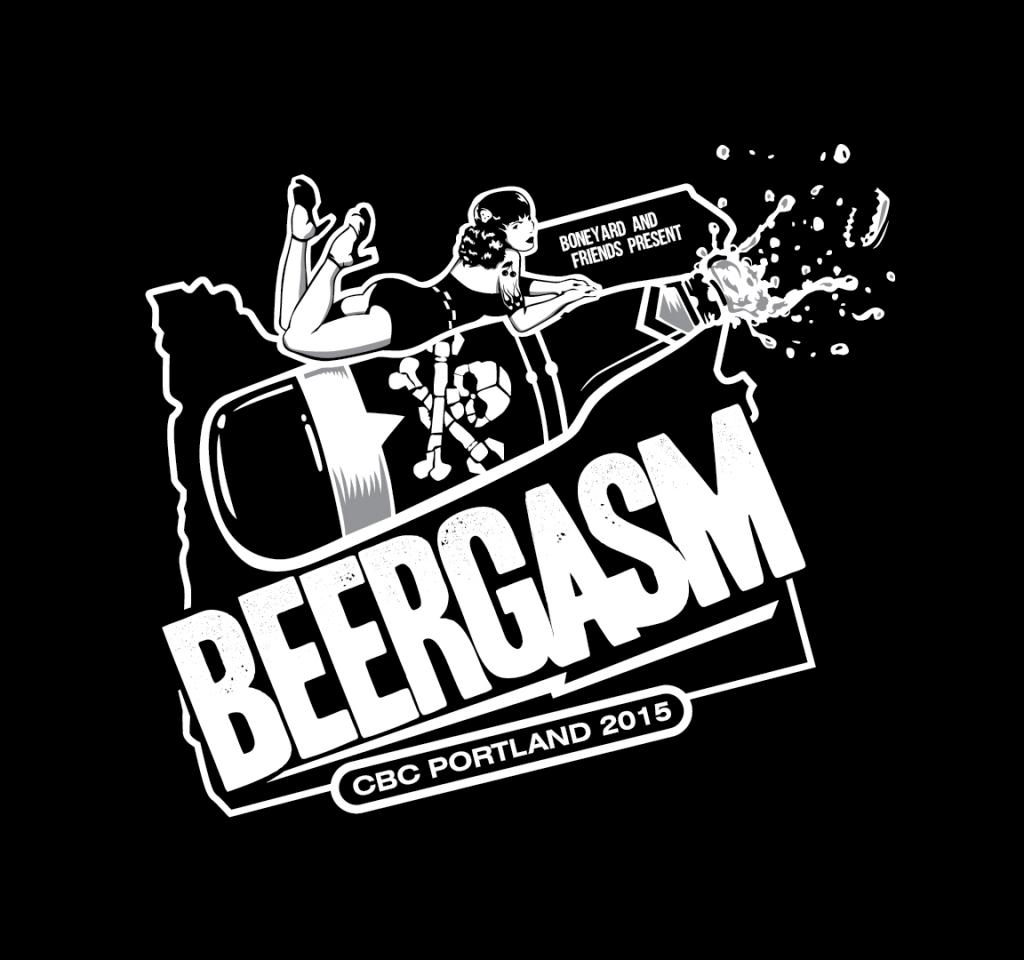 About a month ago we here at Brewpublic announced one of the more anticipated events taking place during the Craft Brewers Conference, BEERGASM Fest. Presented by Boneyard Beer, BEERGASM Fest will take place on Thursday, April 16th, 2015, at Green Dragon Bistro and Pub in Southeast Portland. From 5:00 to 10:00pm each of the participating breweries will be serving up two different specialty beers, many of which are not available here in Portland.

Now Boneyard has released the beer list along with descriptions for the BEERGASM Fest. There are still a few breweries that are still deciding on which beers to serve during BEERGASM but they’ll be announced very soon. Boneyard has invited some top notch breweries from near and afar for this night during CBC. 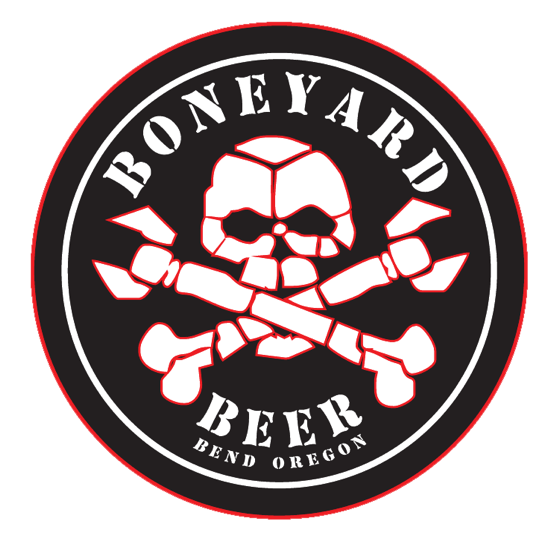 Tickets are now on sale with more info later in this post.

Participating breweries and beers with descriptions include:

3 Floyds Brewing Co.
Dreadnaught IPA – 9.5% ABV, 100 IBU: An Imperial India Pale Ale with an intense citrus hop aroma, a huge malt body and a crisp finish.
Zombie Dust – 6.2% ABV, 50 IBU: This intensely hopped and gushing undead pale ale will be one’s only respite after the zombie apocalypse. Created with our marvelous friends in the comic industry.

Surly Brewing Co.
Darkness – This massive Russian Imperial Stout brings waves of flavors; chocolate, cherries, raisins, coffee and toffee. We add a touch of hops to make this delicious beer even tastier.
Todd the Axe Man – Our version of the West Coast Style IPA first brewed in collaboration with Amager Brewery in Denmark. Brewed with one malt, Golden Promise from the UK, with Citra and Mosaic hops.

Crooked Stave Artisan Beer Project
Vieille Artisanal Saison – 4.2% ABV, 28 IBU: Lightly dry-hopped Saison. This beer is aged for 2-4 months in oak with Brettanomyces and our mixed culture of wild yeast and bacteria, then is lightly dry-hopped with tropical hops (usually Motueka). The beer is citrusy, dry and slightly tart at the finish.
Surette Provisional Saison – 6.2% ABV, 32 IBU :Tart, vinous Saison. Surette spends about 4-6 months in oak with Brettanomyces and our mixed culture, which allows for more tartness and for more of the barrel notes to enter the beer. Surette pours a deep golden orange color with aromas of grape and ripe fruits. The flavor is tart and citrusy with a vinous and dry finish.

Societe Brewing Company
The Harlot Belgian Extra – 6% ABV: an extremely easy to drink crisp, light, and dry Belgian Extra. The beer uses a pilsner-lager recipe as its base, but we ferment the beer using one of our house Belgian ale yeast strains. A well balanced set of floral hops, light malts, and the Belgian yeast all lend to the highly versatile and delicate presence exhibited in the midst of this beer’s complexity.
The Butcher Imperial Stout – 9.8% ABV: A big imperial stout with an overwhelming roasted malt characteristic. It has a velvety smooth, yet full, mouthfeel that hides any alcohol tones.  A thick, dense, dark chocolate-colored head delivers aromas of roast, and the flavors are heavily toasty and biscuity, lingering on the tongue.

Boneyard Beer
Armored Fist CDA – 10% ABV, 80 IBU: This Imperial Cascadian Dark Ale is a well-balanced, extremely hoppy black ale. This is a collaboration beer brewed with the boys from Three Floyds out of Chicago.
Notorious Triple IPA – 11.5% ABV, 80 IBU: This ale pours a clear amber color with a light white head. Huge grapefruit and pine aroma lead to flavors of citrus, tropical fruits and honey. Hops are abundant and explode from the glass while balancing amazingly well with the malts.

Rogue Ales
7 Hop IPA – 7.7% ABV 90 IBU: Beer begins in the dirt. In a bold collaboration with Mother Nature, we grow 7 varieties of aroma hops at Rogue Farms in Independence, OR. We also string, stake, train, test, trim, separate, sort, kiln and cool them. Brewmaster John Maier had 7 varieties available, but rather than picking from among them, he chose all 7 to create a proprietary palate for 7 Hop IPA.
Fresh Roast – 5.7% ABV 37 IBU: Rogue Fresh Roast is made with Rogue Farms barley fresh roasted at the brewery. The barley is taken directly out of the roaster and rushed 273 feet over to the brew kettle. We don’t think it gets much fresher than that, and we know you’ll taste the difference.

Ballast Point Brewing Company
Grunion Pale Ale – 5.5%, 35 IBU: Originating from an employee-only home brew contest, this award-winning hoppy pale ale is named after the tiny local fish known for late night frolics on shore.  A pair of new hop varieties lend strong yet balanced summer melon aromas and herbal flavors, while a soft caramel malt sweetness holds it all together.
Grapefruit Sculpin – 7%, 70 IBU: Our Grapefruit Sculpin is the latest take on our signature IPA. Some may say there are few ways to improve Sculpin’s unique flavor, but the tart freshness of grapefruit perfectly complements our IPA’s citrusy hop character. Grapefruit’s a winter fruit, but this easy-drinking ale tastes like summer.

Beavertown Brewing
Bloody ‘Ell – 7.2% ABV, 70 IBU: Blood Orange IPA brewed with a stripped back IPA malt bill. Highly hopped with the tropics of Amarillo and Citra and then added blood orange zest and juice late in the boil, giving you a smack of citrus and hints of warm orange aromas.
Applelation – 8.4% ABV, 15 IBU: Bramley Apple Saison brewed with litres of fresh bramley apple juice in the brew to bring an acidicity and backed with golden promise malt to complement the tartness with the honey notes. It is fermented using the classic dupoint style saison strain of yeast from Belgium bringing subtle spiced aromas to the finished beer.

Event Details:
This is a 21+ event and you must have valid ID to enter. No minors will be admitted.
There will be no will call – you must print your tickets and bring them to the event or present the ticket scan code on your phone.
The price of the ticket is $25.00 and includes entrance to the fest, a commemorative event glass, and 5 beer tickets. Tickets can be ordered from clicking here.
Additional beer tickets will be sold for $2.00/piece.
Pours will be 4oz. and will cost between 1 and 2 tickets.