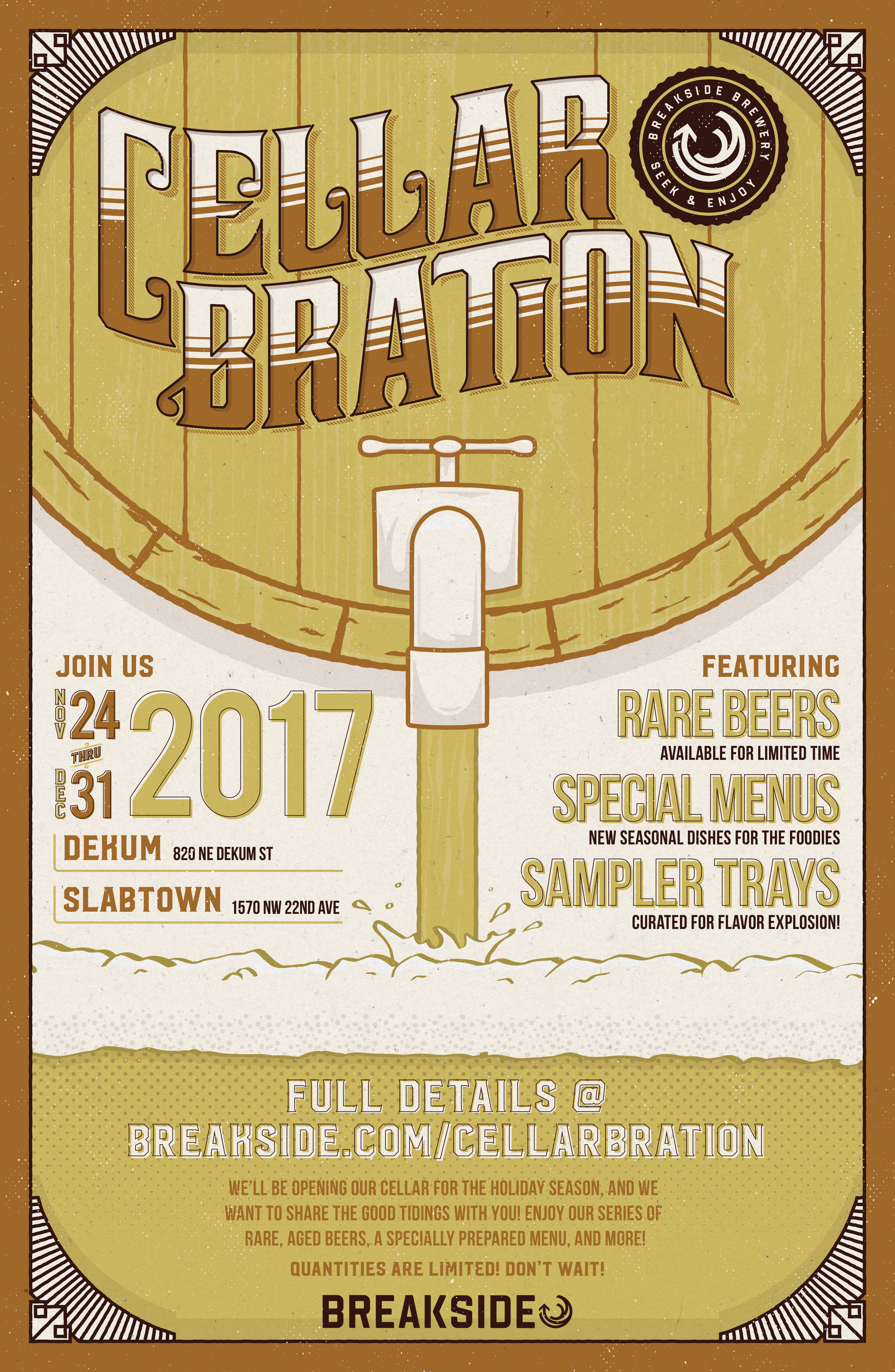 Over the past few years Breakside Brewery has been developing a large cellar of its coveted barrel aged beers. Many of these beers were released years ago but will once again see the light of day. As Breakside begins to expand its wild, sour and wood aged beer offerings next year, the brewer will begin clearing out some of its library of beers to close out 2017.

Beginning this Friday, November 24, 2017, and taking place each Friday thereafter until the end of 2017, Breakside will feature a rotating cast of beers from its library at its Slabtown and NE Dekum locations. What is being called Cellarbration, this weekly event will feature a new offering of beers available for purchase and to sample. Expect to see wild and sour ales, bourbon barrel aged beers, and special treats from the cellar. For many of the beers, you will never see them again, so sip them while you can!

“We’ve been working with a wide-range of barrels since we started as a small brewpub in 2010. Over the last few years our barrel program has expanded dramatically, and today, we have over 200 casks in our sour and wild program, and three times that in our cellars for strong ales,” stated Ben Edmunds, Head Brewer, in a release. “We’ve been deliberate about always storing away a few cases and kegs of the most rare blends for a special occasion, which is now. We believe many of our beers deserve to be re-visited; because age and maturation can make good beers great, and great beers world class.”

Each Friday will bring a new set of beers during Cellarbration. Special offers include complimentary sample trays with the purchase of four (4) bottles. Then in mid-December at its Dekum Pub it will host a special beer dinner to mark the release of its 2017 Bourbon Aztec.

Menus for the month will be highlighted through the brewer’s social media channels and website ( www.breakside.com/cellarbration ) over the course of this holiday cellar-bration so keep checking back for updates to what will be pouring each Friday.