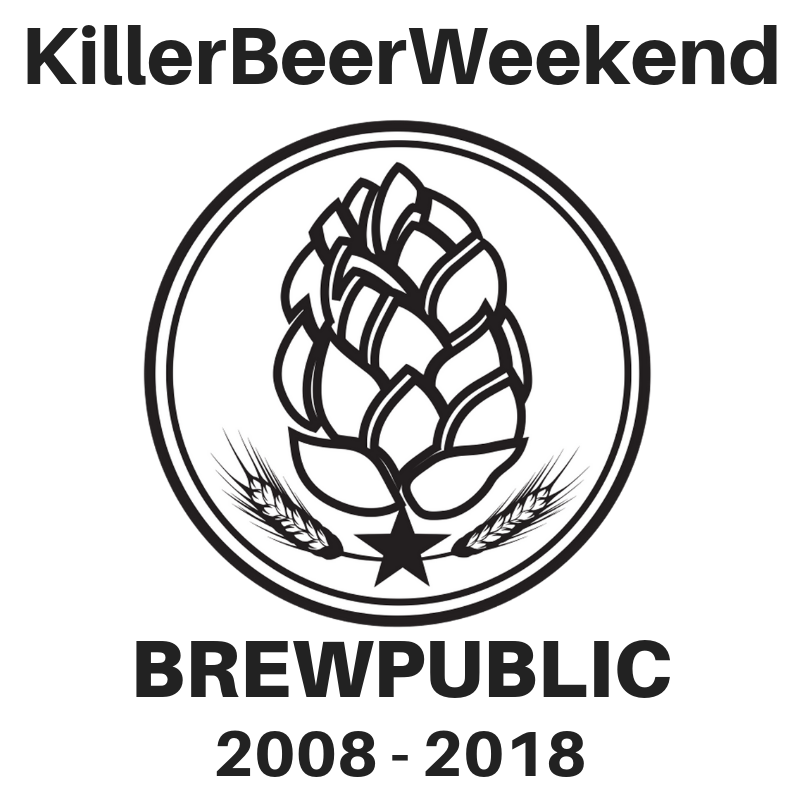 It has been ten years since the inception of BREWPUBLIC, the beer website founded by Angelo De Ieso and Aaron Miles in 2008. Nearly 8,000 posts later BREWPUBLIC continues to bring the most beer industry news to the Pacific Northwest. We are truly grateful to our loyal readers.

During these ten years we have seen a lot of changes that includes some massive growth in the beer industry. Looking back ten years it’s amazing to see the how the beer landscape has changed. We have seen small breweries expand and receive brewing awards on the largest stage, as others have unfortunately had to shut their doors. What times we live and drink in!

To mark this yearly milestone, each year at our anniversary we have hosted a wide array of events and this year is no exception. We will celebrate our tenth year with a Killer Beer Weekend of events. The weekend kicks off on Thursday, October 18th at Roscoe’s for our Killer Beer Weekend Kick-Off Party. On Friday we will be posted up at The BeerMongers for our 10th Brewniversary. The weekend culminates on Saturday with our most anticipated event, KillerBeerFest 10.0 that is held each and every year at Bailey’s Taproom.

We present to you our 2018 Killer Beer Weekend that takes place from October 18th – 20th. 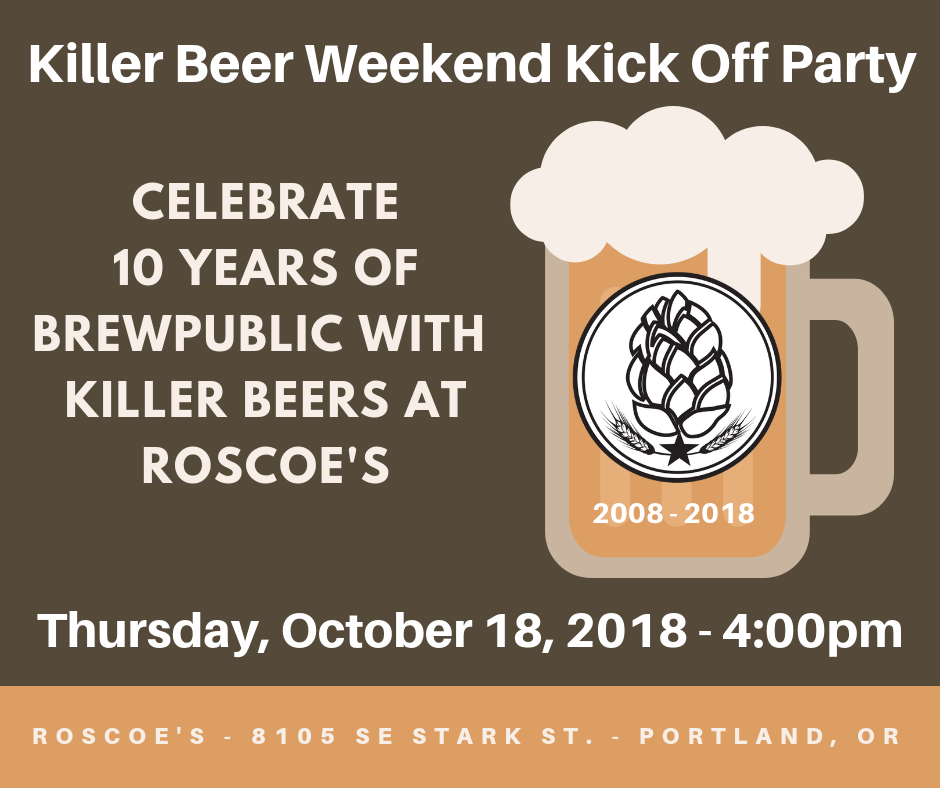 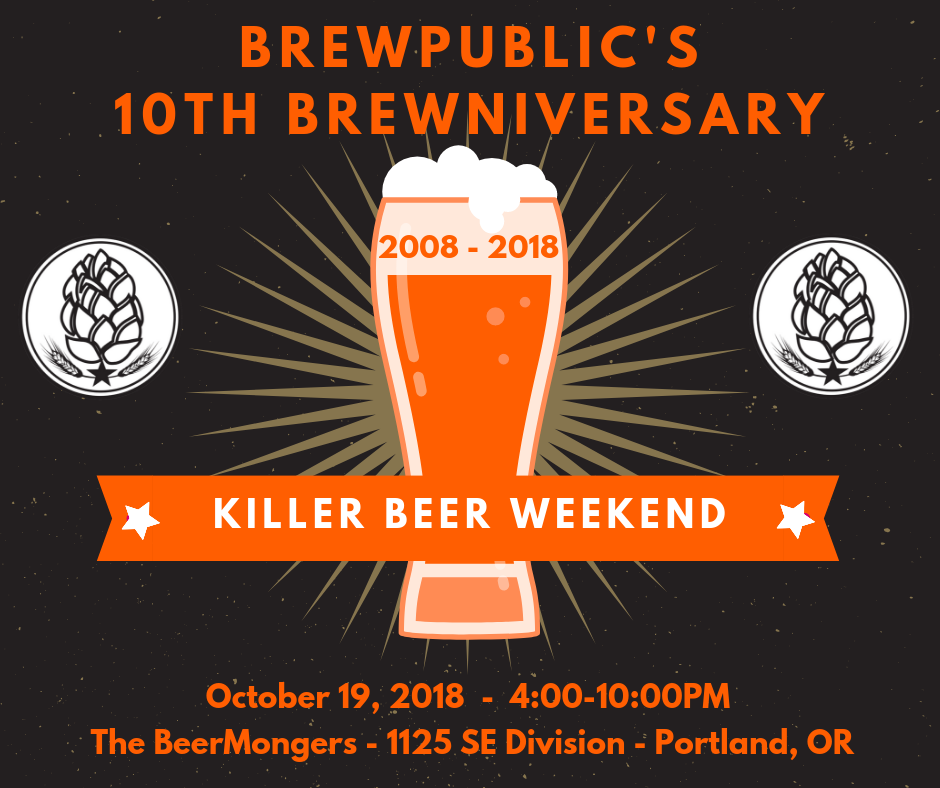 We will also have Hakuna Murata Food Truck on site serving up its Japanese and Filipino inspired food! 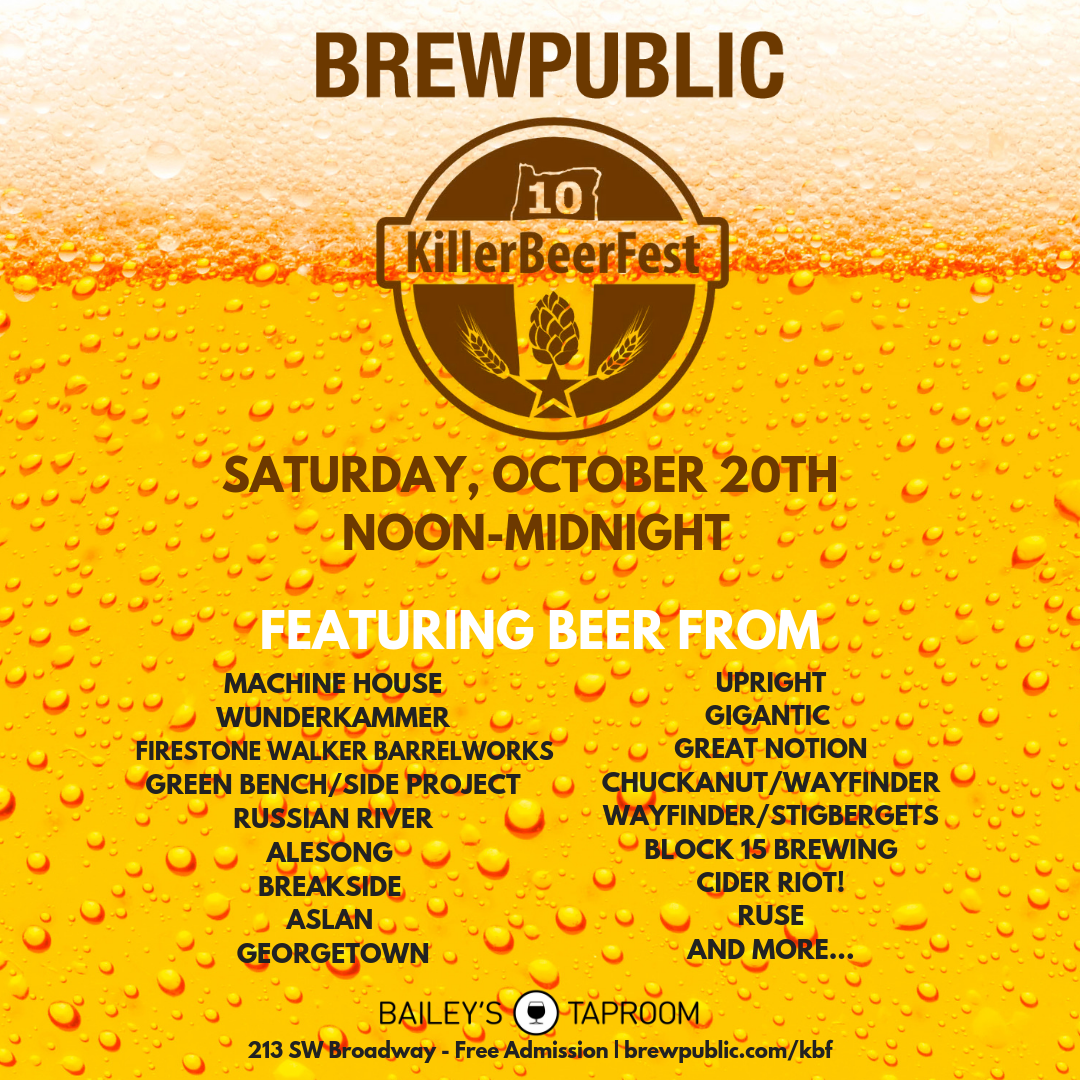 BREWPUBLIC’s KillerBeerFest 10.0
Saturday, October 20th, Noon-Midnight
Bailey’s Taproom – 213 SW Broadway – Portland, OR
The team at BREWPUBLIC celebrates 10 years of beer news at downtown Portland’s top beer bar, Bailey’s Taproom. On tap will be 26 killer beers carefully selected by BREWPUBLIC. As with other years, KillerBeerFest 10.0 will only have the best of the best on tap as the best beers are sought out from the best breweries both near and afar.