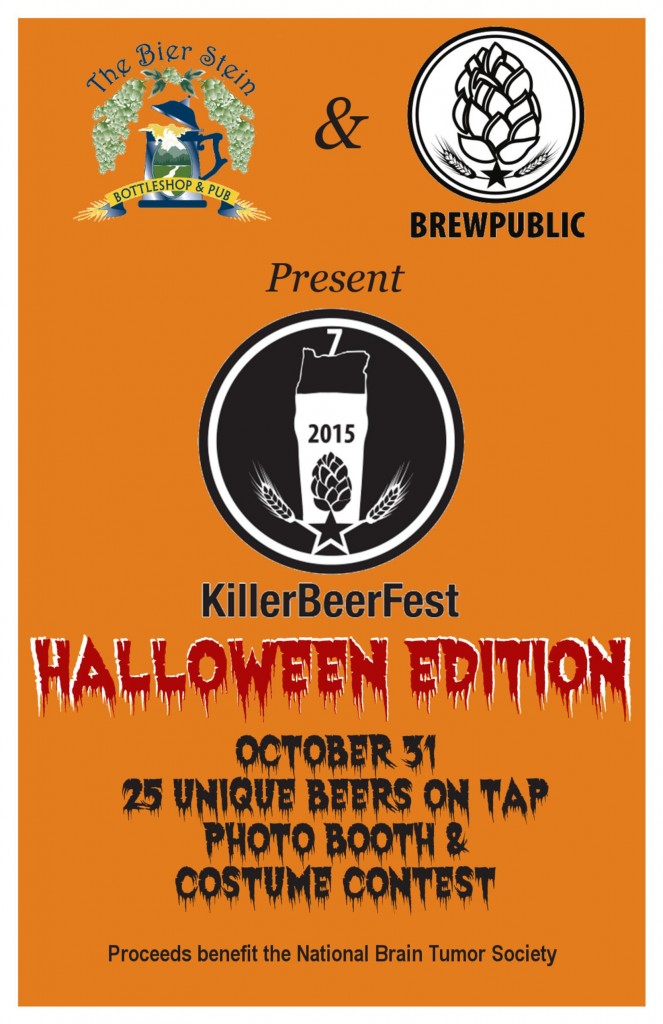 Brewpublic’s 7th annual KillerBeerFest is going on the road for a special Eugene edition. When deciding on the location what better place to choose than The Bier Stein. KBF will also be held on Halloween, October 31st for all your costume goodness. This spooky event kicks off at 11:00am and lasts through midnight. Make sure to dress up in your best Halloween garb, as there will be a costume contest in the evening.

Plus its not all just ghosts, goblins and beer as this KillerBeerFest Halloween edition will be a fundraiser. Proceeds from the event go to the National Brain Tumor Society.

There will also be tasty beverages from Falling Sky, WildCraft Cider, Agrarian and more…

We hope you’ll join us for this awesome event. Bring your spookiest self!