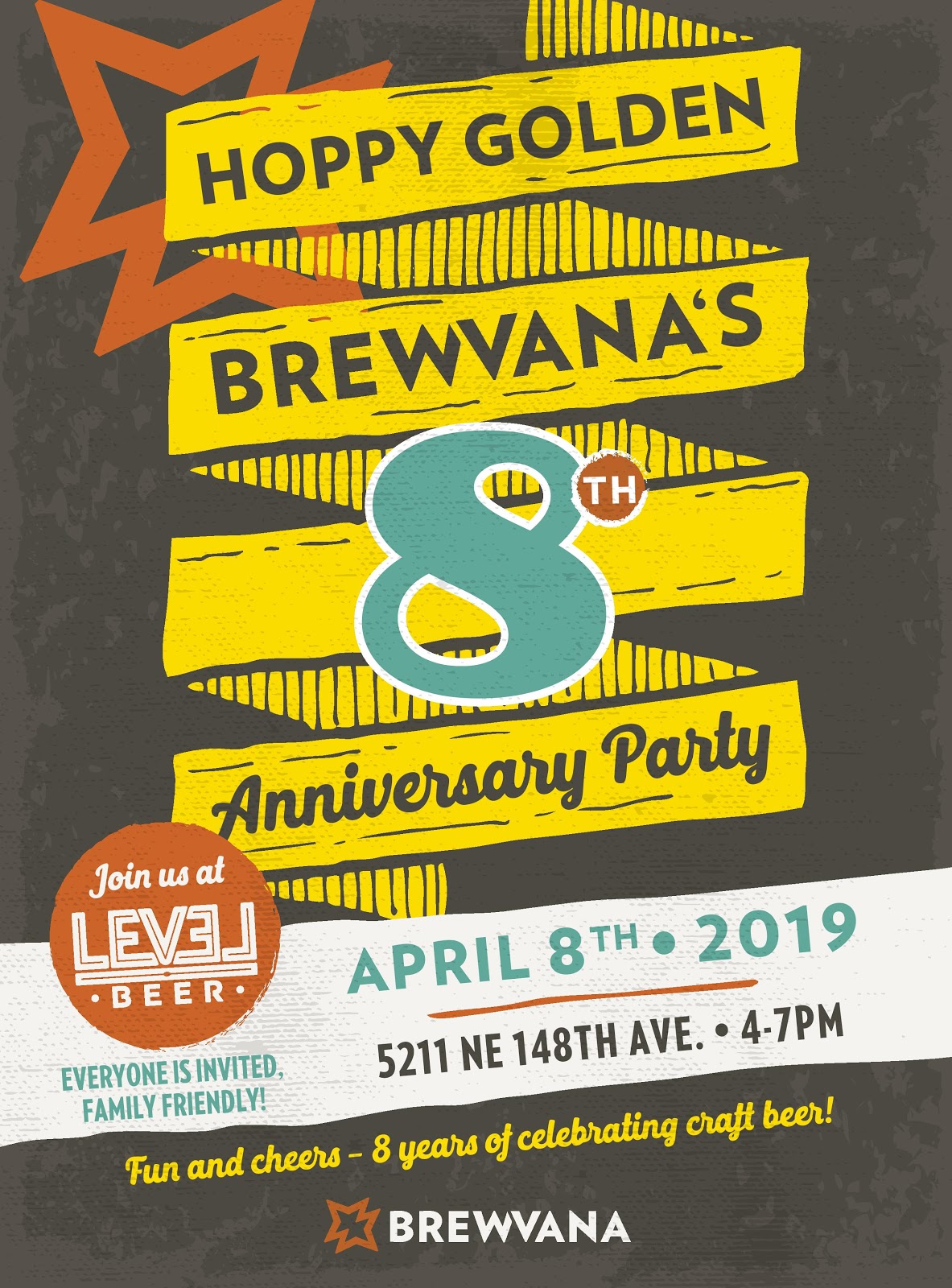 When we can create a community that’s supports each other, we all grow. Thanks to our team members, partners, fans, family and friends for 8 years of your support. – Ashley Rose Salvitti

Taking place at Level Beer from 4:00-7:00pm, BREWVANA will look back on its first eight years during this family friendly event. To make this milestone a bit more memorable, Level Beer will tap Hoppy Golden, a beer brewed in collaboration with BREWVANA. There will also be on special commemorative glass for $5. Plus, guests are invited to participate in a raffle benefiting Oregon Wild.