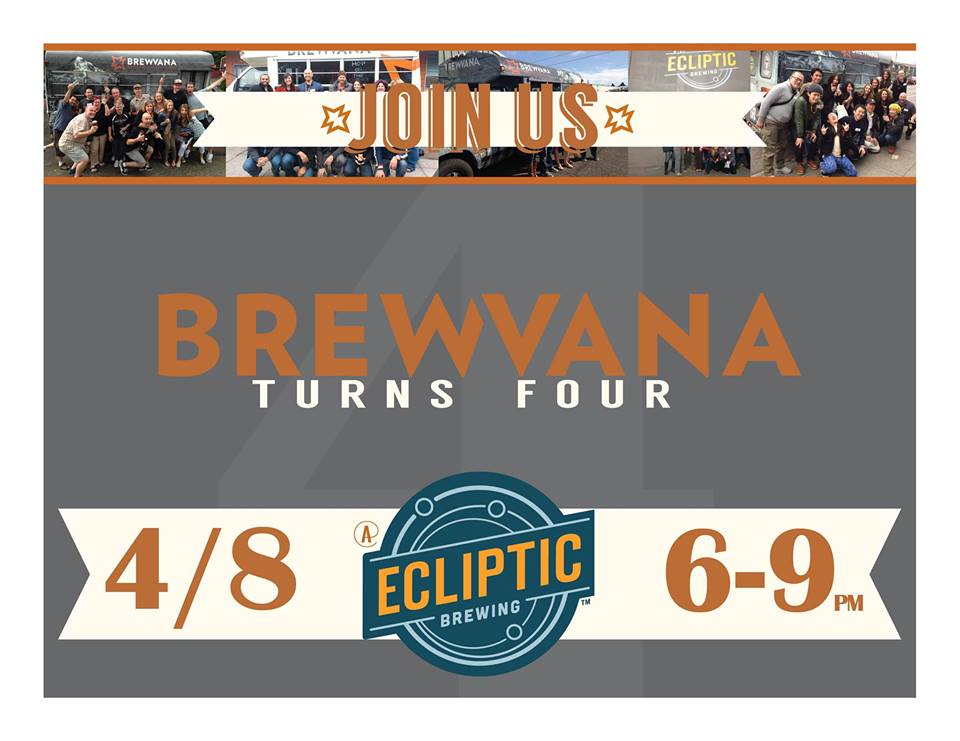 With the arrival of April on the horizon, BREWVANA will celebrate its 4th Anniversary on Wednesday, April 8th. For the second consecutive year, Ecliptic Brewing will host the BREWVANA crew and its guests from 6:00 to 9:00pm.

It is free to attend the BREWVANA 4th Anniversary Party and will feature music, libations, dancing and merriment as we all reflect on the past four years and look forward to years to come!

Ecliptic Brewing will be pouring beer, $5 for the first along with a BREWVANA 12 oz pilsner glass to take home, and $3 refills after that. Not a bad deal whatsoever. And to add to the fun, there will be a photo booth courtesy of J Forbish Photography to capture all the evenings’ excitement. 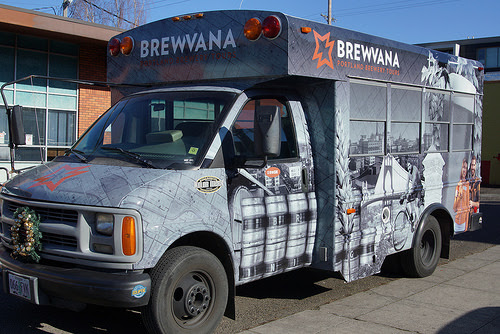 To help kick off the Craft Brewers Conference here in Portland, BREWVANA is taking to the road on Tuesday, April 14th for three special trips to Astoria, Eugene and Hood River. Each of these three trips is $125 per person and includes transportation, brewery tours and gratuities, beer tastings, pretzel necklace, BREWVANA glass, tasting journal and a full lunch.

The tour of Astoria will include the following three stops.

The tour of Eugene will include the following 4 stops.

Touring the Hood River area will consist of two stops in Oregon and the other in Washington. There will also be a stop at Multnomah Falls on the way out.

Each of the three tours is subject to availability and each need that have a 4-person minimum by Tuesday, April 7, 2015 to go forward. Tours are 21+ with valid ID required.