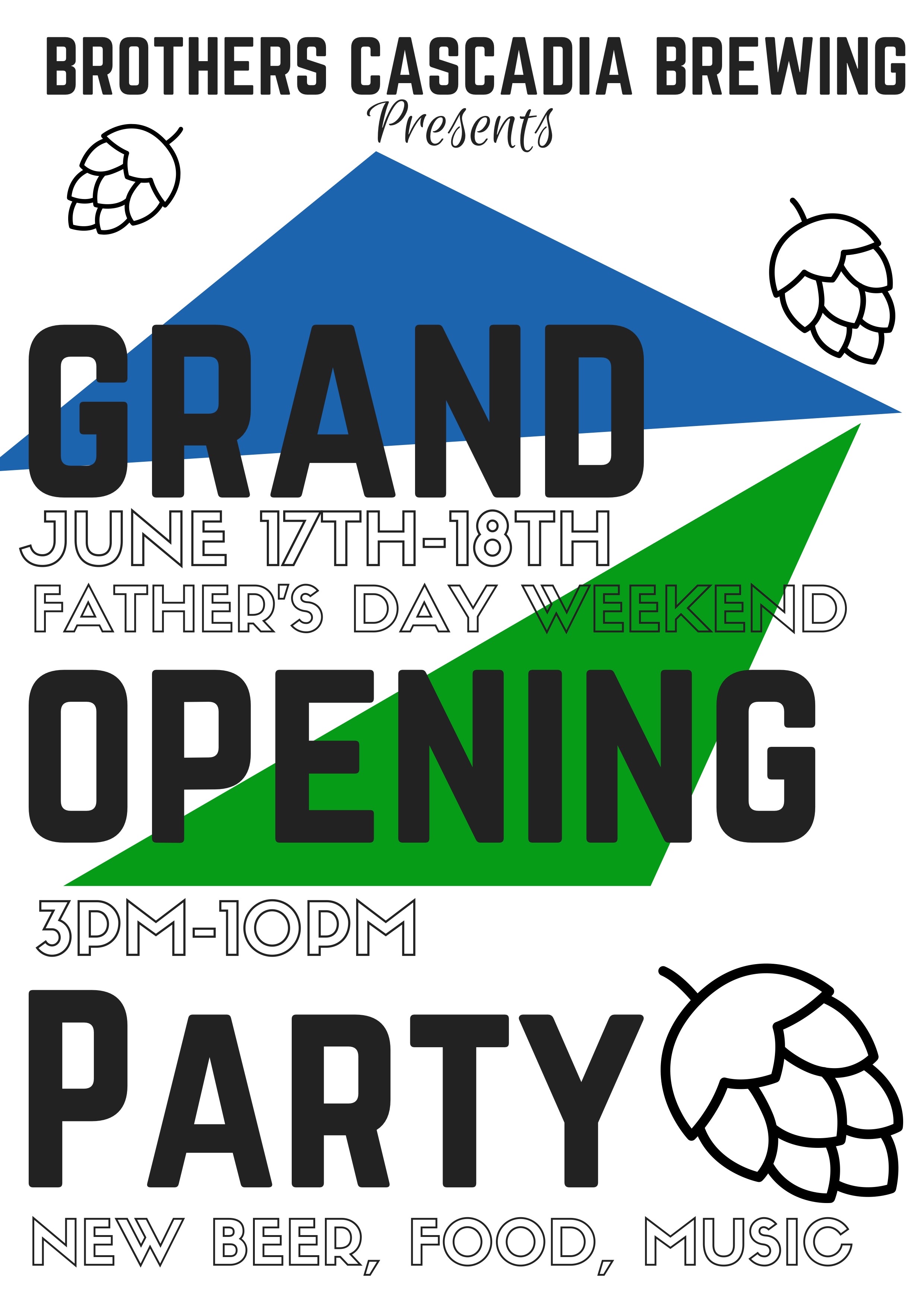 Jason Bos, Sherman Gore and Micah Loiselle founded Brothers Cascadia Brewing. Bos is in charge of the brewing operations with the assistance of Matt Ellis. Portlanders may remember Loiselle, as he was a bartender at Laurelwood Brewing on NE Sandy.

After a major renovation that lasted one year to a site that once was home to an auto shop the brewery opened on April 10, 2017. Bos has been brewing on two brew systems, a 10-barrel from Drunk Tank Fabrications and a 2-barrel system from Stout Tanks and Kettles. Brothers Cascadia was Drunk Tank’s first customer. Former employees of Marks Design & Metalworks run this new fabricator.

With the convenience of two brew systems Bos is able to produce large 10 barrel batches while brewing small 2 barrel batches that are great for filling one wooden barrel that is then tucked away for aging. Currently there are about 20 barrels that are mainly filled with mixed fermentation sour beers but a few hold some stouts aging in former bourbon barrels.

“We want to focus on lagers and IPAs” states Boss when describing the beer styles that are on tap in his taproom. During our visit last week this was very evident. Brothers Cascadia Brewing was pouring six of its house-brewed beers along with 3 ciders. Pouring were The People’s Pilsner, Best Day Ever Session IPA, BCB IPA, JP’s Meeting House Brown Ale, Molly Pitcher Pre-Prohibition Style Lager, and You Like ‘A Da Juice New England Style IPA. It was nice to see a brown ale pouring, a style seldom seen these days here in the Pacific Northwest where Boss describes this one as a “crushable brown ale.” We tend to agree!

Sampling through all six beers we started out with its Molly Pitcher Pre-Pro Lager that is made with only Washington grown ingredients. “Cascadia is our theme,” says Bos when describing this tasty lager.

A few of the other highlights were its Best Day Ever Session IPA that offers up plenty of citrus notes along with a solid body, something that is lacking in many session IPAs. And its take on a New England-Style IPA proved successful with its You Like ‘A Da Juice New England Style IPA. In brewing this beer Bos stated that he used, “lots of oats and a lot of wheat in this one.”

Then kegged just in time for the Grand Opening will be the brewery’s first mixed culture sour beer, De Eerste. The culture is a result of a bottle share that the brewery hosted as it collected the dregs from 43 various sour beers. The combination of yeast and bacteria was then propagated in house and pitched into two red wine barrels. After sitting and aging for a few months it was ready to be blended into the brewery’s first sour beer. This beer will be tapped on Saturday!

On Saturday the two food carts serving food will be Pizzeria La Sorrentina and the new Hummus Hummus Middle Eastern Cuisine. Also on Saturday Herb N’ Roots Catering will roast a whole pig that will be served on Sunday for Father’s Day. This meal will come full circle as the farmer that raised this pig was fed with spent grain from Brothers Cascadia Brewing. So arrive hungry on Sunday for what is being billed as a Pint to Pork meal!

Music over the course of the two-day event will be provided from DJ Nose-Bone, Josiah Wynn, Diamond Jim and the B.A.Y. Area Band, Brady Goss, and DJ Delvin.

Brothers Cascadia Brewing is open Wednesday thru Monday from 3:00-10:00pm. Food Carts are available during all open hours and the brewery is open to all ages.