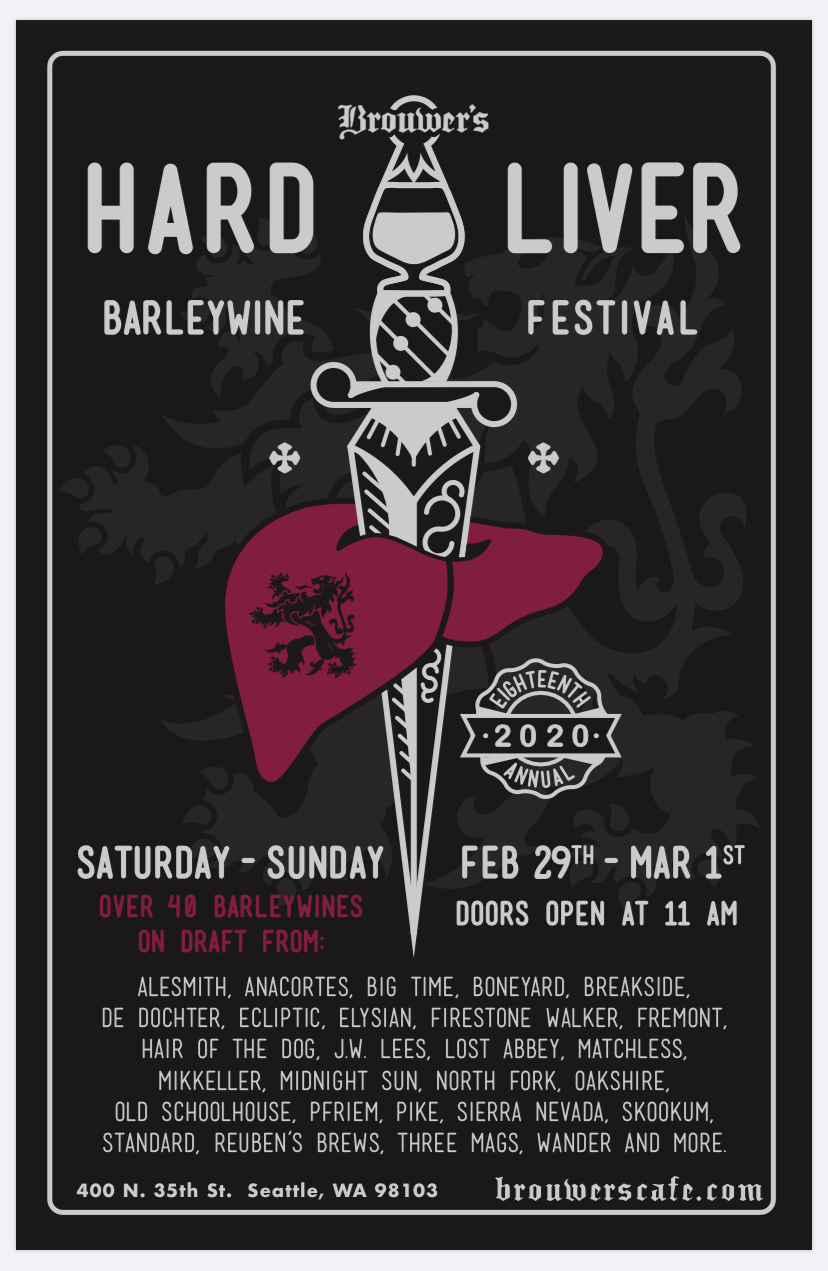 One beer style that refuses to die is barleywine. Over the past few years this beer style has seen its interest wane, but one bar in Seattle still believes that Barleywine Is Life. And this weekend Brouwer’s Cafe will continue its yearly adventure of big beers with its 18th Annual Hard Liver Barleywine Festival that’ll be held from Saturday, February 29th – Sunday, March 1st.

Eighteen years ago Bottleworks hosted the first Hard Liver Festival at the Phinney Ridge Community Center. Since then the festival has move locations and has been taking place at Brouwer’s Cafe for some time now. For 2020, the Hard Liver Fest will feature over 40 barleywines that will interest any fan of this big, bold beer style. Here’s a preview of the stellar taplist…

Barleywines will be available in 4oz and 8oz pours. Just make sure to hydrate regularly as these barleywines are some big beers!