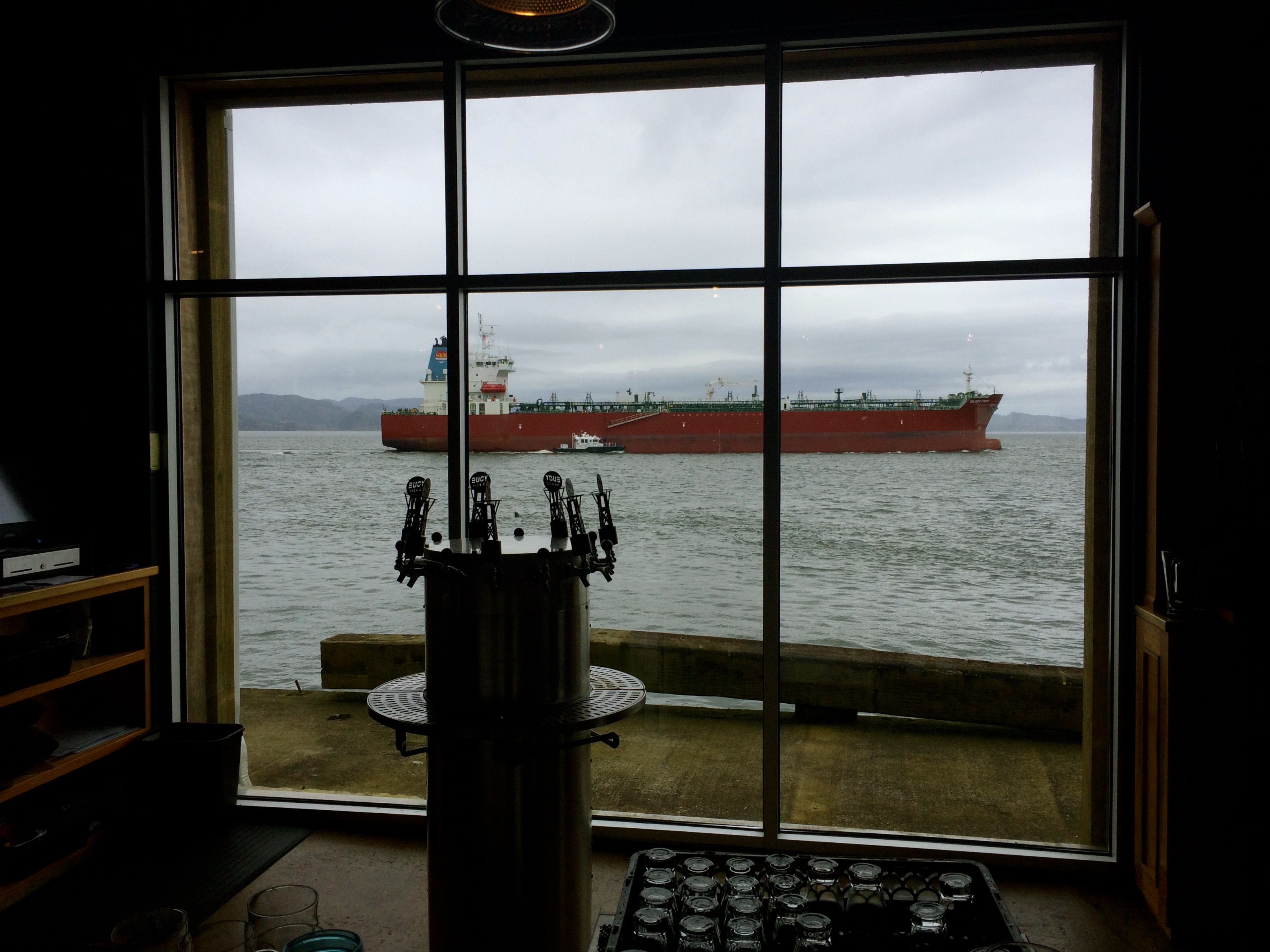 Though the brewery opened its doors to the public on February 14, 2014, today Buoy Beer Co. will be celebrating its first year in business and what a year it’s been for this startup brewery. Located in a 90+ year-old cannery building that truly overlooks the Columbia River, Buoy Beer has made a name for itself in Astoria and beyond.

Opening today, May 16th, at 11:00am, Buoy Beer will be hosting an afternoon full of activities for the entire family. Brewery tours will be led from 1:00 to 4:00pm. While waiting to go on a tour, Buoy will be featuring half priced Pints all day long!

And if you’re looking for some special beer tappings Buoy has a few lined up for today. Buoy will be tapping a special, rare keg of its Imperial IPA that was first brewed for Portland’s Growlers Hawthorne. This beer will surely run out early as they have only one keg of this hoppy delight.

The other special offering will be Buoy’s collaborative contribution to last month’s Craft Brewers Conference that was held in Portland. Along with Heater Allen Brewing and Two Kilts Brewing, these three breweries traveled to brew at Pelican Brewing to create a CBC Symposium Beer. The resulting beer is a Cascadian Dark Lager, and it lives up to its name, a nice Northwest influenced dark hoppy lager.

But if you’re bringing the family there are surely some activities for all to enjoy. A Balloon Animals artist will be on hand from 1:30 to 3:30pm and make sure to get your Sea Lion “Face In Hole” Photos from 1:00 to 4:00pm. And of course make sure to gaze through the see-through floor at some plump sea lions that have made the river underneath Buoy their new home.

There will also be a Prize Wheel and Taphandle Auctions throughout the day. Then beginning at 4:00pm, Buoy will feature some live music.

This sounds to be a great day to explore downtown Astoria and celebrate Buoy Beer’s first year along the tracks of the Astoria Riverfront Trolley.