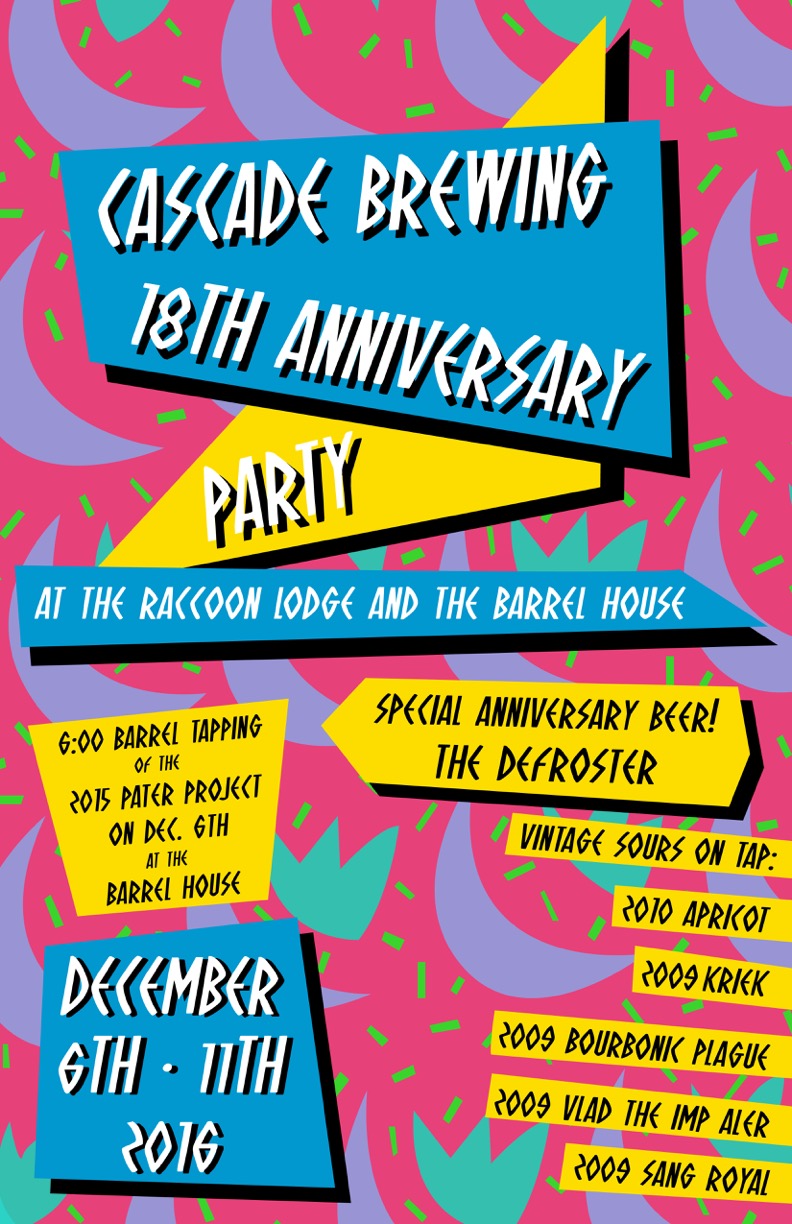 PORTLAND, Ore. – In Dec. 1998, Art Larrance and Ron Gansberg opened the doors to Cascade Brewing on the bottom floor of the Raccoon Lodge & Brew Pub. This December, they are inviting fans to join them in raising a glass in celebration of the brewery’s 18th anniversary.

The anniversary lineup will kick off with a special Tap It Tuesday live barrel tapping at the Barrel House on Dec. 6 at 6pm, where the brewery will release the 2015 blend of its rare Pater project. Released once every two to three years, Pater is a cuvée of sour reds, imperial reds, blonds, triples and quads aged up to three years with Bing and sour pie cherries; it features some of the oldest and rarest barrels from Cascade’s sour cellar.

The event will feature a number of rare vintage draft beers on tap during the week, including The Bourbonic Plague 2009, Kriek 2009, Sang Royal 2009, Vlad the Imp Aler 2009 and Apricot 2010 (additional vintage beers may be brought out as tap space allows). These vintage beers will only be available in four-ounce pours, and prices will vary depending on the product.

About Cascade Brewing
Founded in 1998, Cascade Brewing is best known for pioneering the sour beer renaissance. Its distinctive sour beer blends feature fruit forward, barrel-aged ales that offer a complex array of flavors derived from Northwest grown ingredients, with each release capturing the unique subtleties of that year’s growing season. Its beers are brewed at the original brewery in Southwest Portland, then blended and aged at the nearby Blending House, which holds more than 1,500 oaks barrels and nine foudre tanks. For more information, visit CascadeBrewing.com or call 503-265-8603. Follow @CascadeBrewing on Facebook, Twitter and Instagram.