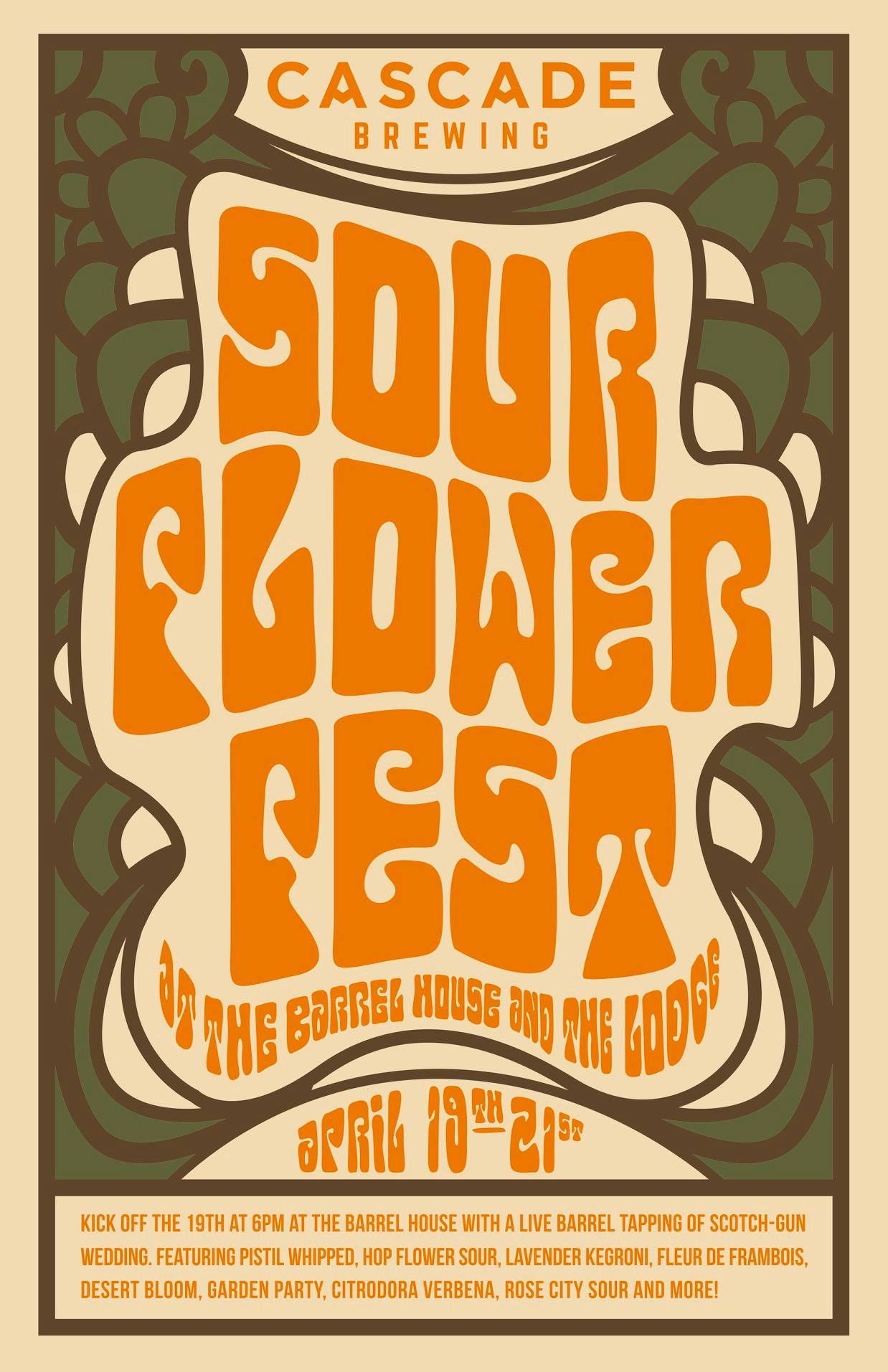 Kicking off today at Noon is the 2019 Sour Flower Fest at Cascade Barrel House in Southeast Portland. The three-day sour beer fest will take place today through Sunday, April 21st, opening each day at Noon.

Sour Flower Fest begins in earnest this evening at 6:00pm when the Barrel House hosts a live tapping of Lavender Kegroni. This beer is a blend of sour blond and strong blond ales aged in oak barrels for up to two years with a late infusion of gin botanicals from Aviation Gin. Fresh orange and lime zest additions round out the blend to help showcase layers of lavender, citrus, coriander and juniper.

Sour Flower Fest is free to attend, just pay as you go for your beers. The fest will also take place at The Lodge at Cascade Brewing in the Raleigh Hills neighborhood of Southwest Portland.