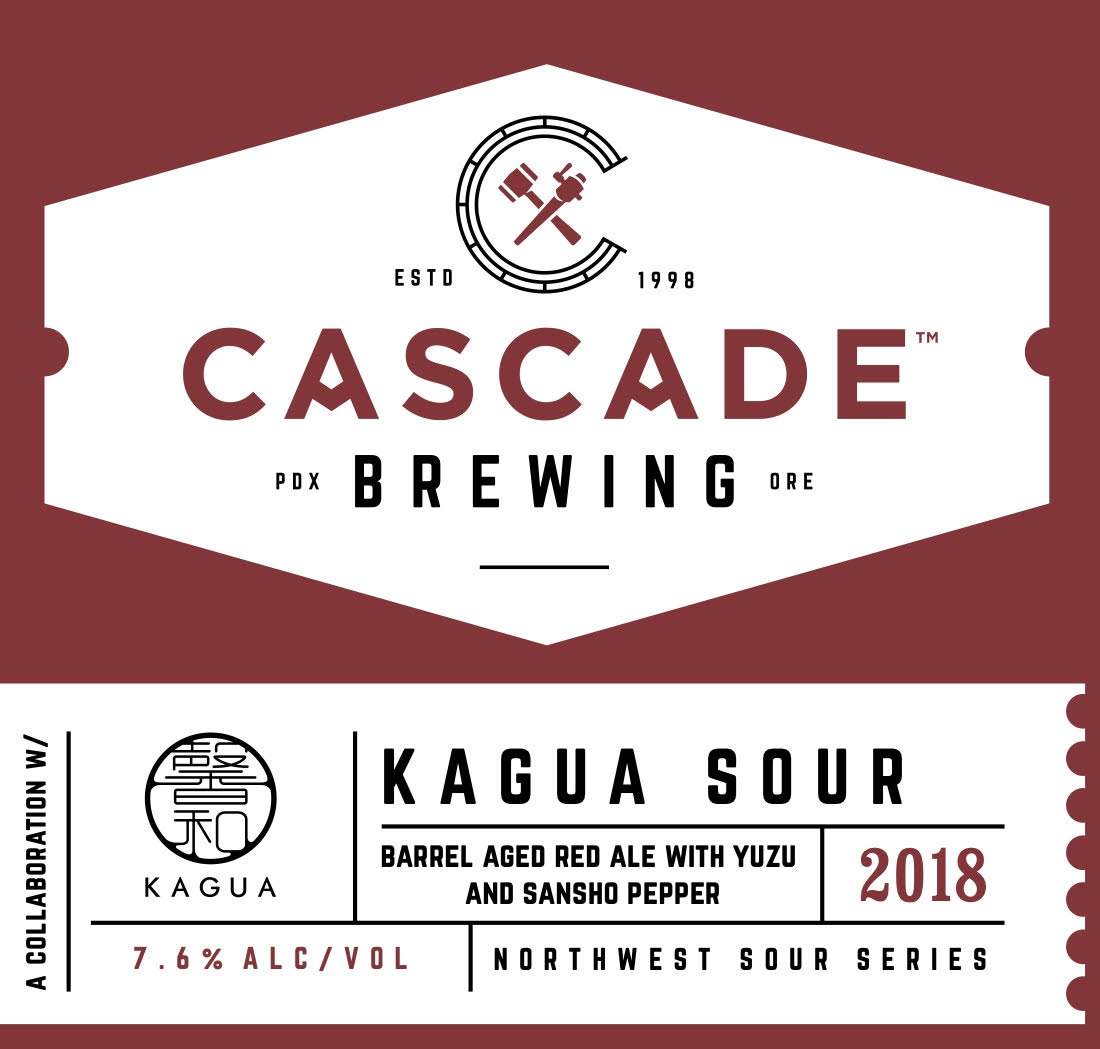 Cascade Brewing has collaborated with Far Yeast Brewing Co. from Yamanashi, Japan on Kagua Sour. This new release will debut on draft and in 500mL bottes on Friday, March 13th at both Cascade Brewing locations. Then, beginning at 6:00pm, Cascade Brewing Barrel House will host the release party for Kagua Sour with a live barrel tapping.