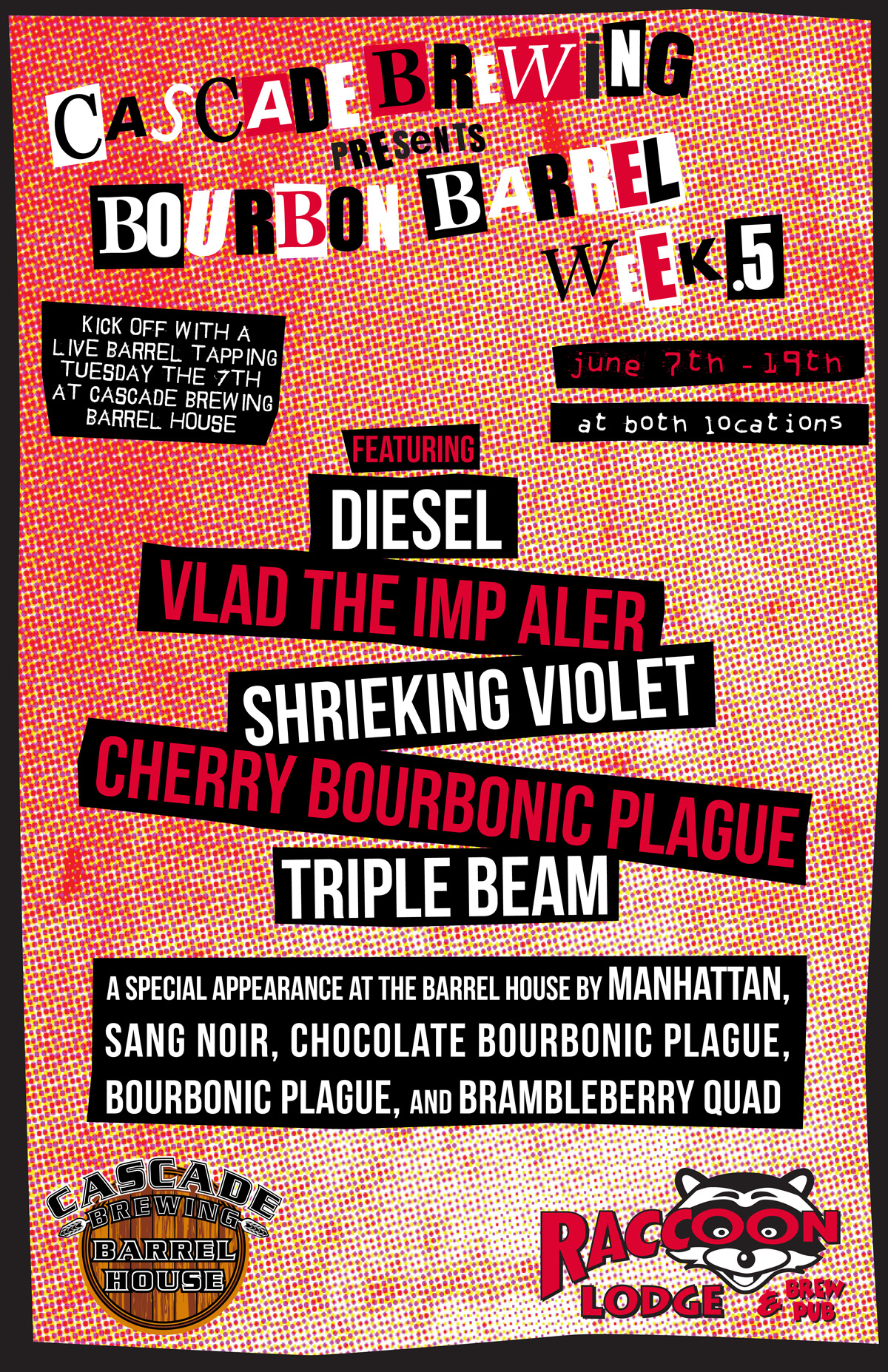 The event will kick off at 6pm on June 7 with a special bourbon barrel themed live tapping at the Barrel House; a second live barrel tapping will take place on June 14, also at 6pm.

There is no admission charge for the event; beers will be sold by the taster or glass.

About Cascade Brewing
Cascade Brewing has been a pioneer in the sour beer renaissance since 2006 and is the proud innovator of the Northwest Sour Ale. Its award-winning sour ales feature a clean, lactic acid profile produced by a house culture of lactobacillus bacteria. The beers frequently rely on the use of fresh ingredients grown exclusively in the Pacific Northwest, including cherries, apricots, berries and grapes. Its blending house currently holds more than 1,400 French oak, Kentucky Bourbon and Northwest wine barrels – plus nine foudres. For more information, visit www.cascadebrewing.com.