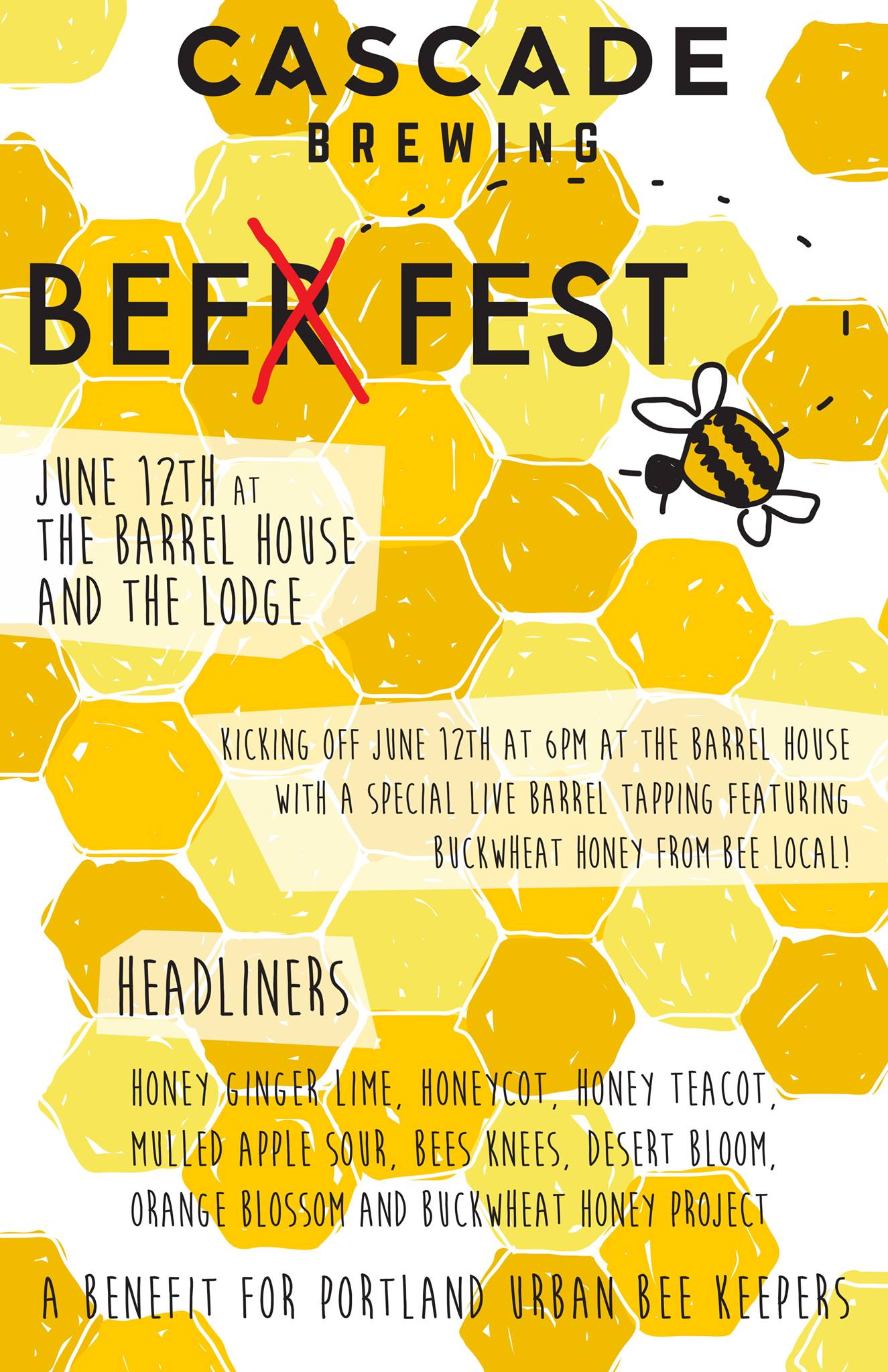 From time to time brewers will use honey in its beer and local brewer Cascade Brewing will feature an evening devoted to such beers.

Bee Fest is a benefit for Portland Urban Beekeepers.

The Lodge at Cascade Brewing
7424 SW Beaverton-Hillsdale Hwy
Portland, OR 97225