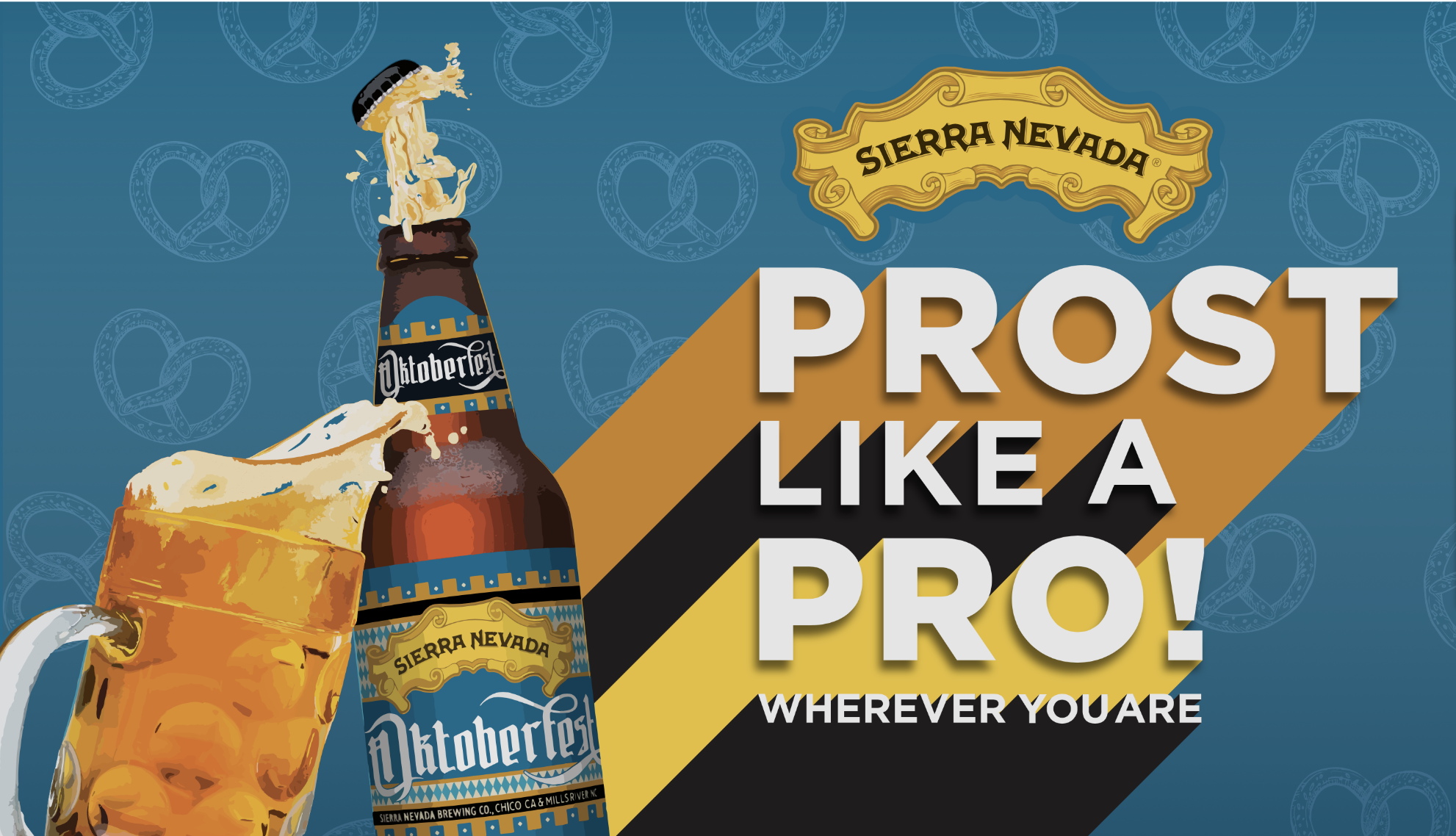 Normally each Oktoberfest season Sierra Nevada Brewing hosts a large celebration on its property in Chico, California. This year is a bit different as we continue to struggle through the global pandemic so the brewery is bringing the celebration to your living room!

Prepare yourself for the Sierra Nevada Brewing Virtual Haus Party that will take place on Saturday, September 19th from 1:00-4:00pm PST via Facebook Live and YouTube. It’s free to attend, just pick up a 6-pack of this year’s Oktoberfest from Sierra Nevada that’s a crisp lager made in the Festbier style featuring German hops and toasty malts for a balanced beer that makes any moment festive.

Sierra Nevada Oktoberfest is brewed using a blend of Two-Row Pale, Munich, and Vienna malts, and Spalter and Spalter Select German hops. Together, these ingredients bring notes of fresh bread and floral, fruity character to the brew. At 6% ABV and 28 IBU, this year’s Oktoberfest is a refreshing ode to beer’s biggest party.

In the true spirit of Oktoberfest, Sierra Nevada has also launched a virtual Oktoberfest Haus Party experience—complete with recipes, yodeling competitions, a mustache competition, Oktoberfest-themed online games, prizes, and more. The party will culminate with a free live streamed event on Saturday, September 19 via YouTube and Facebook. The event will include live performances by Empire Strikes Brass and The Polka Brothers, and plenty of revelry.