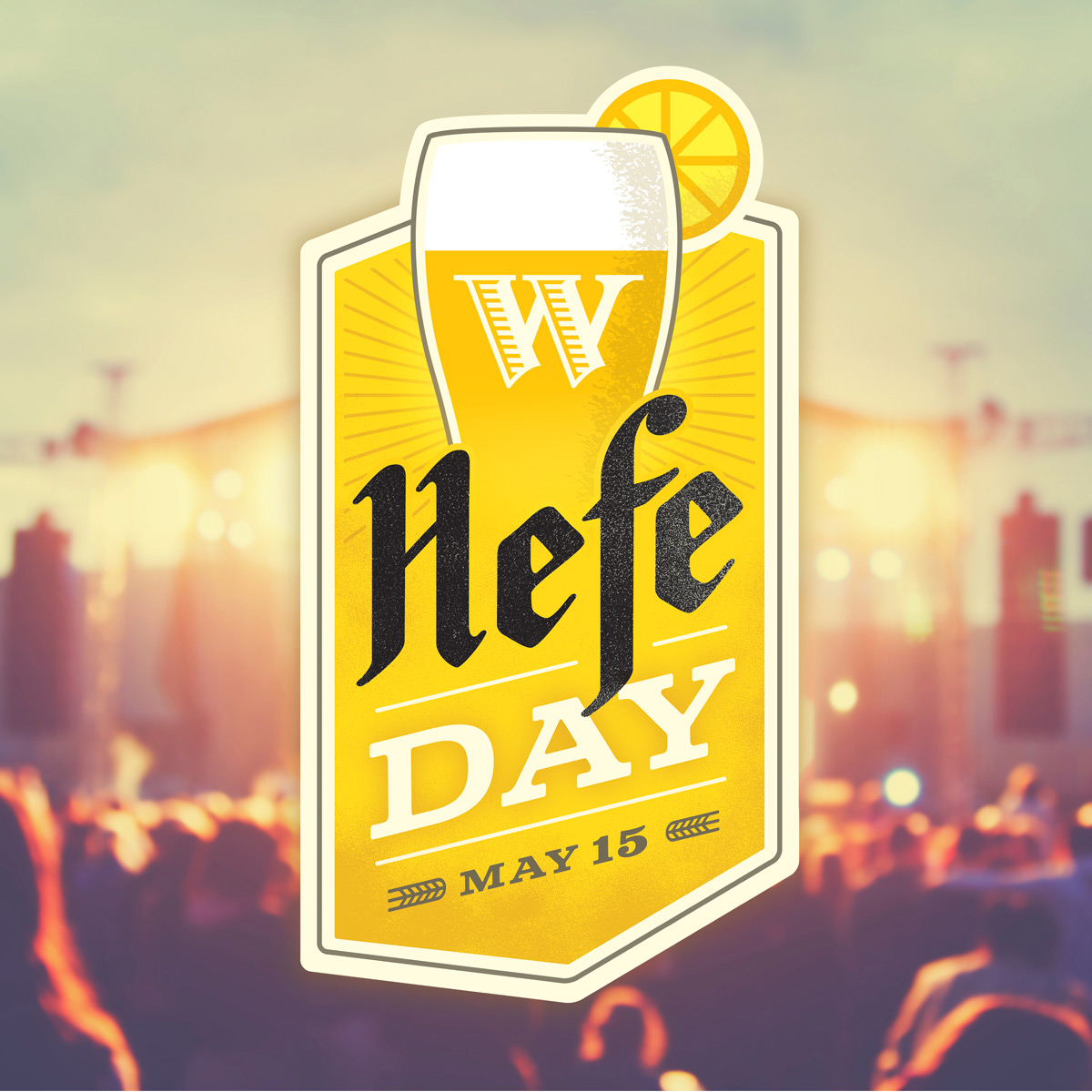 Back in 1984 Widmer Brothers Brewing set forth on Portland’s Westside to bring German style beers to the people of Portland. After brewing its two beers for over one year the brothers had a request to expand its offerings from one of the brewery’s earliest supporters, Carl Simpson and Katie Bullard of the Dublin Pub. At the time Wider Brothers only offered two beers, its Altbier and Weizenbier. With only two fermenters available this placed the brewery in a challenging situation. It was their ingenuity that they decided to leave its Weizenbier unfiltered to bring its customers an American style Hefeweizen.

Back on May 15, 1986, Widmer Brothers delivered its first keg of Hefeweizen to the Dublin Pub. The beer that almost didn’t happen gradually became more and more known in the beer circles of Portland and beyond. The brothers made microbrew history at the time by creating a style that is now officially recognized by the Beer Judging Certification Program. This also helped put Widmer Brothers on the craft brewing map and has brought the brewery many medals from the prestigious Great American Beer Festival and World Beer Cup through the years. The beer now known just as Hefe is still wooing craft beer fans to this day with its new packaging in 12 oz. cans and is the Official Beer of the Portland Timbers.

To honor the work that both Kurt and Rob Widmer have done for the city of Portland, The City of Portland will declare May 15 as Hefe Day, to honor the 30th Anniversary of Widmer Brothers Hefeweizen, and recognize the important role the beer has played in building the city’s now-booming beer industry. Prior to this celebration, the Portland City Commissioners and Mayor Charlie Hales will officially recognize the date at the May 11th Portland City Council Meeting at 9:30am.

Then four days later on Sunday, May 15, 2016, Widmer Brothers Brewing will be celebrating 30 Years of Hefe in Portland’s Living Room at Pioneer Courthouse Square with Hefe Day. This free, all ages event will take place from Noon to 5:00pm. For those 21 and over, they can purchase tokens for 12 oz. Hefe cans. The first 1000 people who purchase tokens will get a free Hefe koozie.

Portland-based experimental country/folk/rock band Blitzen Trapper will be headlining the event, and food will be available for purchase from Koi Fusion and PDX Sliders. There will also be a public toast with Kurt and Rob Widmer, Mayor Charlie Hales, and Commissioners Nick Fish, Amanda Fritz, and Steve Novick, who will officially declare the day as Hefe Day.

Here are more specific event details on both the proclamation and Hefe Day.

Hefe Day City Council Proclamation
Where: Council Chambers, City Hall: 1221 SW 4th Ave
When: May 11, 2016; 9:30 am
Who: Mayor Charlie Hales and Portland City Commissioners Nick Fish, Steve Novick, Amanda Fritz, and Dan Saltzman will be presiding over the hearings; the meeting is open to the public
What: Portland City Council will declare May 15th as “Hefe Day” in Portland, Ore. The declaration is commemorating the day, 30 years ago, when the first pints of Hefe made their rounds in Portland at the Dublin Pub. The council meeting will be conducted as normal, with general business agenda items heard by the council. Kurt and Rob Widmer will sit on the dais for the proclamation; Hefe will be honored, as will Kurt upon his retirement. The Hefe Day proclamation will feature special guests speaking in honor of Hefe and Kurt Widmer. Please join to watch Kurt and Rob accept this great honor and celebrate Oregon’s Favorite Craft Beer!

Hefe Day at Pioneer Square
Where: Pioneer Courthouse Square
When: May 15, 2016; noon to 5:00 pm
Who: Kurt and Rob Widmer, the entire Widmer Brothers team, and the City of Portland
What: Hefe is turning 30 years old and the City of Portland has proclaimed the official anniversary date Hefe Day. Widmer Brothers is celebrating in a big way with a public event in Portland’s living room: Pioneer Courthouse Square. Join us for live music from Blitzen Trapper, food trucks including Koi Fusion and PDX Sliders, and of course plenty of cold Hefe in new cans! Admission is free, with tokens being sold for Widmer Brothers Hefe in cans.