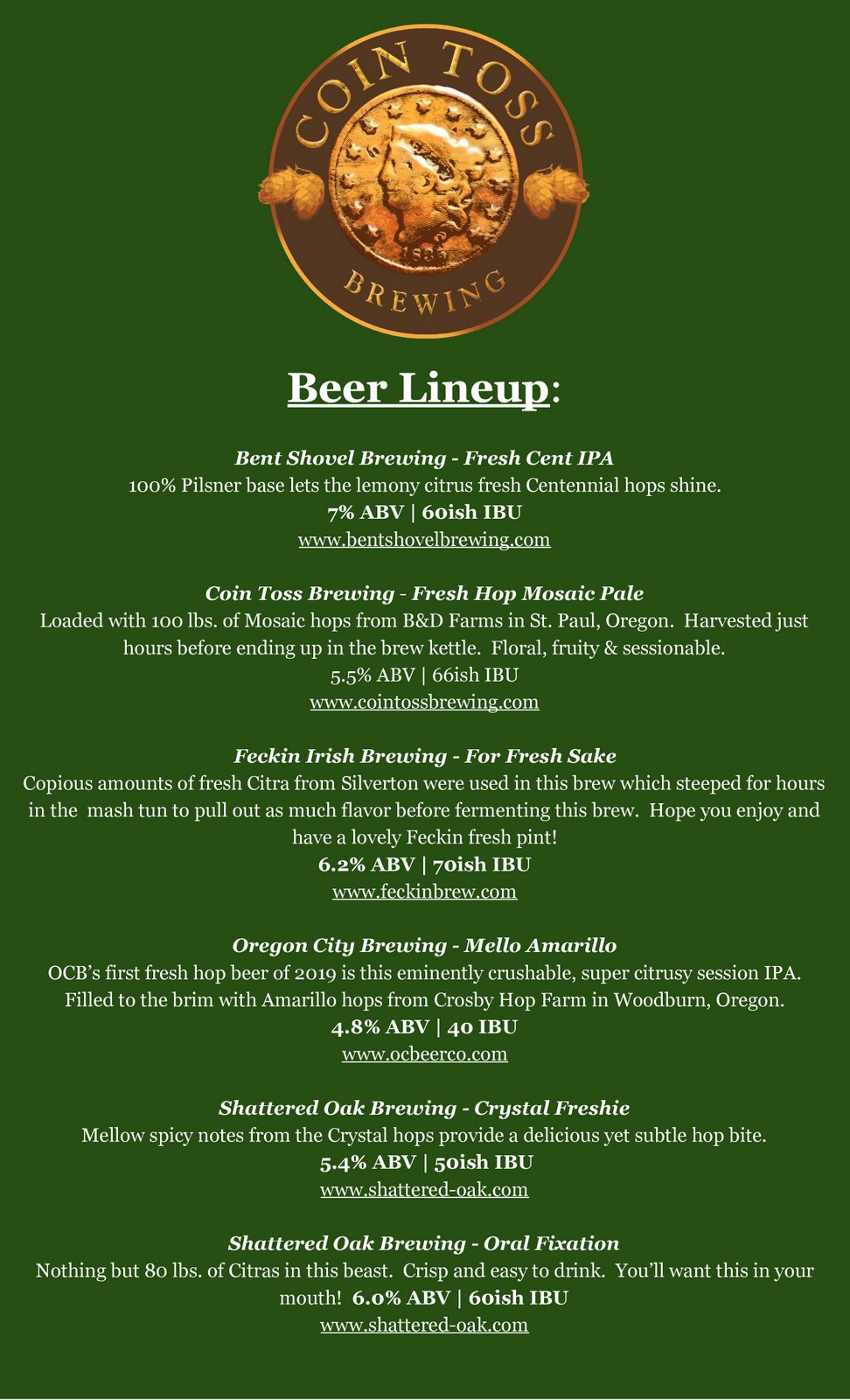 Coin Toss Brewing in Oregon City is prepping for its OC Fresh Hop Showcase. This six-day event will feature fresh hop beers from each of the five Oregon City breweries on tap at Coin Toss.

“As brewers, this is absolutely our favorite time of the beer year,” said Tim Hohl, Founder of Coin Toss Brewing, in a press release. “There is so much delicious local beer happening in Oregon City, we thought this would be a perfect opportunity to show off what our hometown breweries can create with this once-a-year style.”

Here’s a preview of the Oregon City freshies that will be beginning on October 1st.

Feckin Irish Brewing: For Fresh Sake
Copious amounts of fresh Citra from Silverton were used in this brew which steeped for hours in the mash tun to pull out as much flavor before fermentation. 6.2% ABV | 70ish IBU

Shattered Oak Brewing: Oral Fixation
Nothing but 80 lbs. of Citras in this beast. Crisp and easy to drink. You’ll want this in your mouth! 6.0% ABV | 60ish IBU