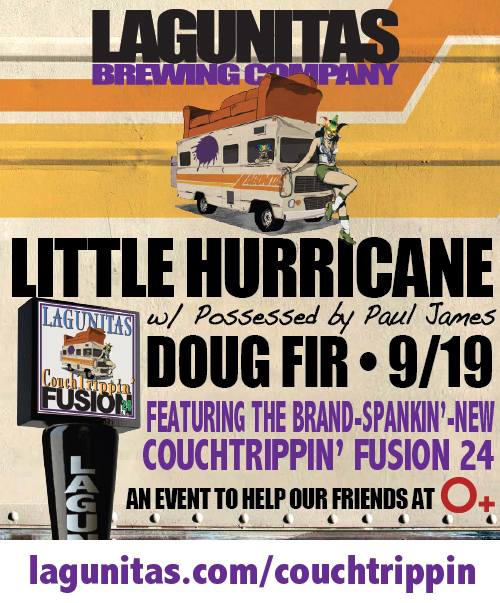 Lagunitas Brewing is traveling the United States and going CouchTrippin‘ all the way to New Orleans. This leg kicks off in Portland on Friday, September 19th at the always entertaining Doug Fir Lounge.

The Portland stop on the CouchTrippin’ tour will feature Little Hurricane and Possessed by Paul James. Best of all tickets are free and available here. Doors open at 7:00pm and the show begins at 8:00pm. Just be sure to show up early because it surely will be packed to capacity. This feel good event is a benefit for the non-profit O+ Festival.

Best of all is Lagunitas will be unveiling a new beer made just for the CouchTrippin’ to NOLA tour. Fusion 24, a nice hop forward, red-ish ale made for the party goin’ day drinkers.

The rest of the dates for Lagunitas CouchTrippin’ are as follows: 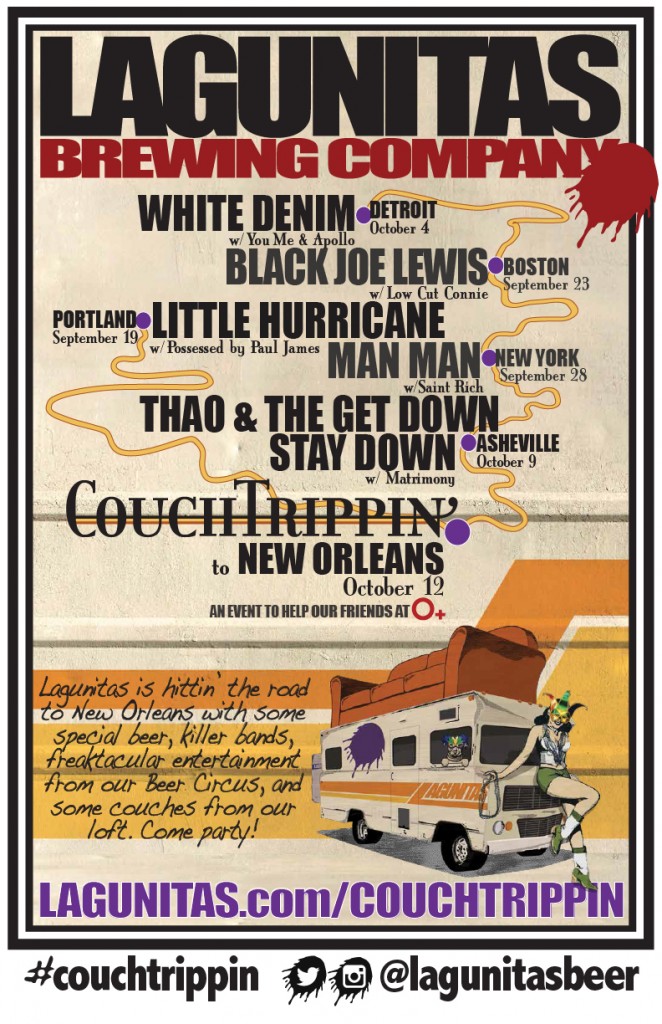