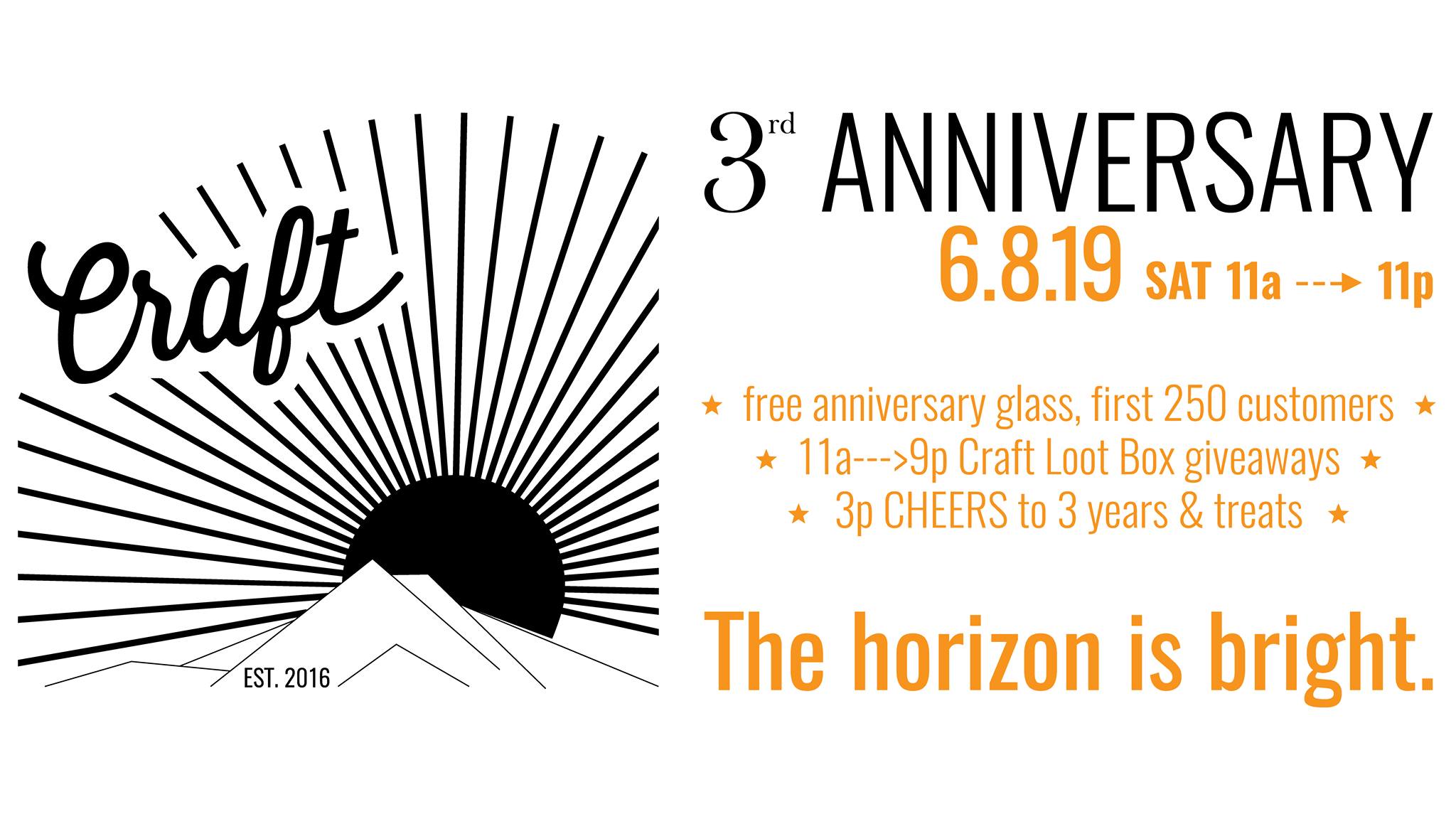 Nearly three years ago, Justin and Violet Craft opened Craft Pour House in Beaverton, Oregon. As it approaches its anniversary, the craft beer bar is excited to host its 3rd Anniversary on Saturday, June 8th.

Beginning at 11:00am, Craft Pour House will celebrate its three years with a day full of fun giveaways and of course, craft beer. The first 250 customers will receive a limited 3rd Anniversary pint glass to take home on their first pour. From Noon until 9:00pm there will be raffles for Craft Loot Boxes filled with swag. Then at 3:00pm there will be a special Cheers to 3 Years toast.

Stay up to date on the happenings at the 3rd Anniversary by following the Craft Pour House Anniversary Facebook Event Page.