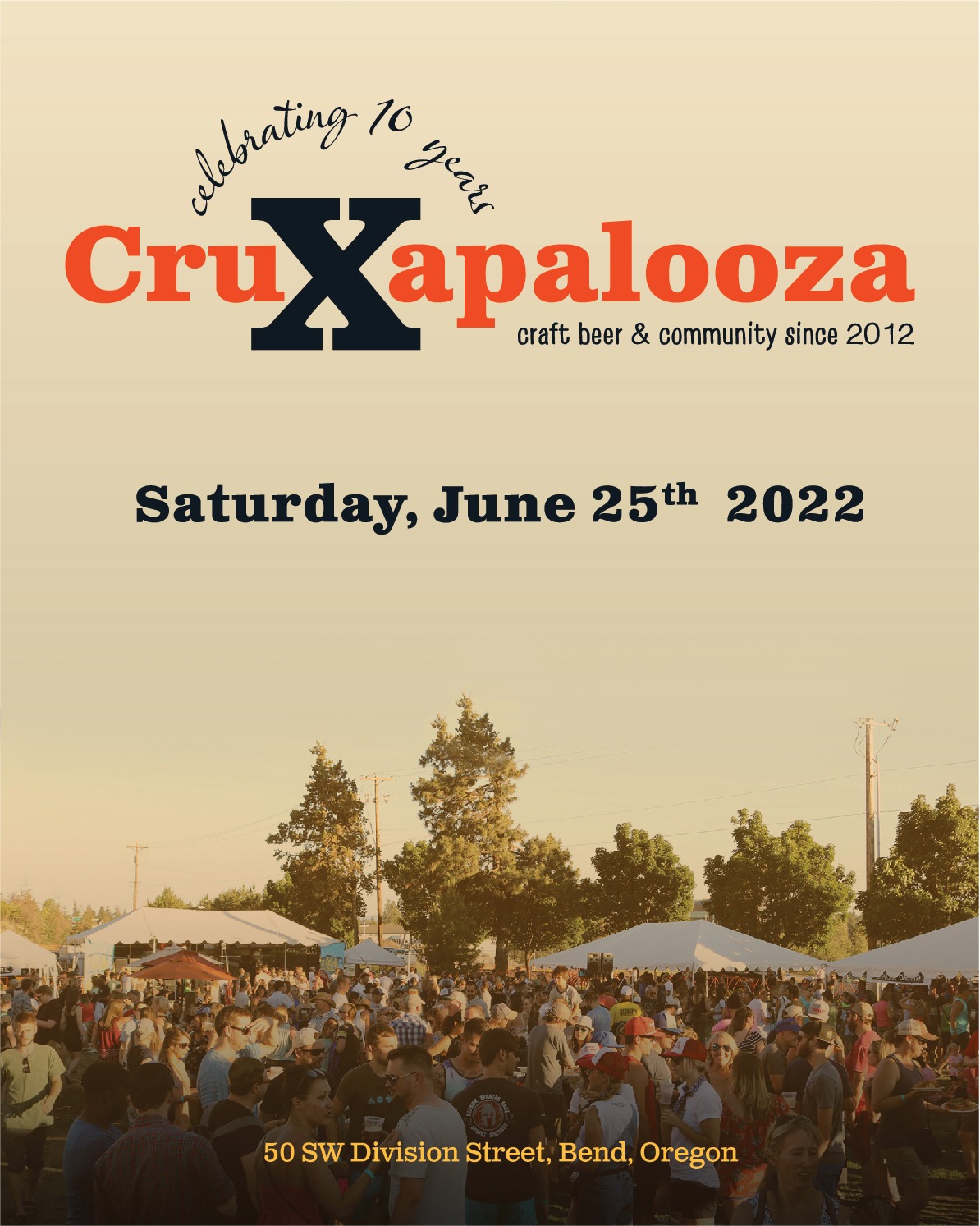 It’s been 10 year since Crux Fermentation Project opened its doors in a converted AAMCO Transmission shop in Bend, Oregon. During these ten years, Crux has been producing hundreds of different beers and has since expanded into wine, cider, and most recently, whiskey!

On Saturday, June 25th, Crux Fermentation Project will celebrate its tenth anniversary with its annual Cruxapalooza. The official kickoff to the summer season, the day will be filled with live music from  Jeff Ibach, Soul’d Out, The Cutmen, and Ron Artis II & The Truth. There will also be other activities including tie-dye t-shirt station and a 5K fun run all with some of the best beers and views in all of Bend.

“Crux started out as a passion project for me, but even after ten years, we still operate with the same driving force,” said Larry Sidor, Founder and Master Brewer at Crux Fermentation Project, in a statement. “Everything we endeavor to do is driven by our authentic passion for the craft and our commitment to quality. From rare yeast strains to whole leaf hops to experimental brewing methods, we’re going to do whatever it takes to make the next great beer. It’s hard to believe it’s already been ten years – I think we’re just getting started!”

Some of Crux’s proudest accomplishments during the past ten years include:

Larry Sidor opened Crux Fermentation Project in 2012 with co-founders Paul Evers and Dave Wilson after renovating an old AAMCO Transmission shop. Crux’s Tasting Room is one of our favorite stops while visiting Bend as we enjoy the brewery’s Sundowner Hour each day during sunset!

Sidor began his brewing career over 40 years ago at Olympia Brewing in Tumwater, Washington and made a name for himself during his years at Deschutes Brewery. He has created some of the most legendary beer recipes in the Pacific Northwest and is well known in an industry that helped form many years ago.

But with Saturday’s celebration, the 10th anniversary also arrives with the news that Larry will be stepping down form day-to-day operations at the brewery.

“After 40 plus years in the brewing industry, I’m stepping away from the day-to-day operations at Crux. I am handing the reins over to our head brewer, Cam O’Conner,” stated Larry in a Crux blog post. “My focus will be on a more global picture of the business. I’ll still sit on the board, and I’m comfortable knowing the brewery will be in capable hands. We’ve brewed over 6,350 beers, we’ve made cider, wine, non-alcoholic beers, and whiskey! To me, Crux is just getting started.”

He continues, “As for me, I’m looking forward to mapping out some travel with my wife, and heading up to Alaska for the summer. I’m ready to pass the legacy. You have to get off the horse before you fall off. It’s been a good ride.”