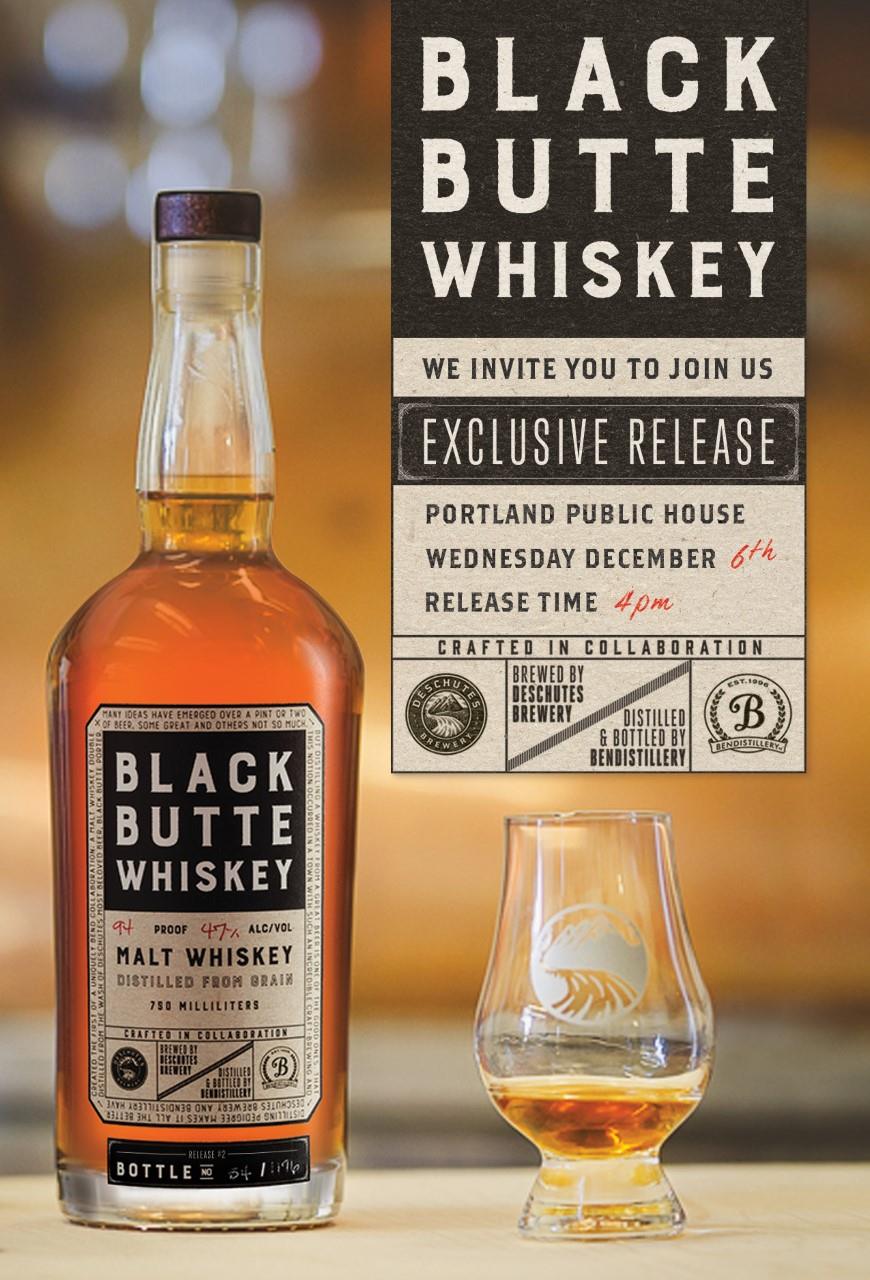 Today Deschutes Brewery and Bendistillery will release the second bottling of its Black Butte Whiskey. Originally launched in September 2016, Black Butte Whiskey is the proud collaboration of a true Oregon distilled whiskey from prominent players in brewing and distilling.

Black Butte Whiskey is an ongoing collaboration between Deschutes and Bendistillery. It is an American malt whiskey distilled from the wash of Deschutes Brewery’s famed Black Butte Porter beer. Deschutes will be selling the 2017 edition by the glass at their Bend and Portland pubs over the course of the coming year while supplies last. It will also be available at the brewery’s new PDX Airport pub when it opens next year.

Black Butte Whiskey is double distilled and aged in new #4 char new American oak barrels. The resulting spirit is a complex whiskey that retains the malty, chocolatey notes of Black Butte Porter and finishes with the soft, nearly sweet character that has become the hallmark of spirits made with the water from the Cascade Mountains of Central Oregon. The idea for the whiskey began nearly 20 years ago as an ongoing conversation over beers between Jim Bendis, founder of Bendistillery and Gary Fish, founder of Deschutes Brewery. 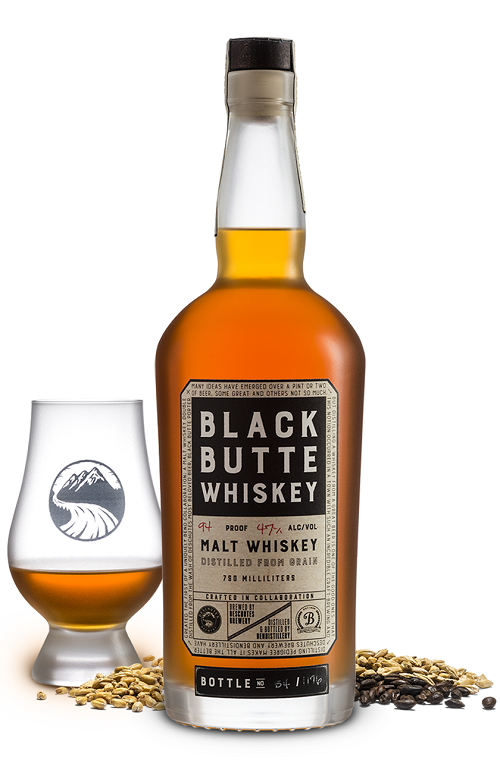 “It all started when I distilled and barreled a small batch of Deschutes’ Black Butte Porter beer as an experiment,” said Bendis in a release. “We all had forgotten about the project until we ran across that original single barrel when we moved the distillery. Tasting that spirit is what really inspired us to collaborate with Deschutes. It brings happy tears to my eyes to see how this 20-year-old dream is now a product so well received and highly anticipated.”

“This whiskey is more about an opportunity to innovate at a new level by elevating the beer and creating a very different product altogether,” said Fish in a release. “This is what can happen when you’re having fun and not bound by convention!”

The Portland release at the Deschutes Brewery Portland Public House will feature 1.5oz drams of Black Butte Whiskey. There will not be any bottles sales of the whiskey. The very limited amount of bottles available in the marketplace will only be sold at the Bendistillery Tasting Room in Bend. Last year a small amount of bottles made its way to Oregon liquor stores but this will not be the case for the 2017 vintage.