Double Mountain Brewery has teamed up with Lardo to bring its Hood River Taproom to Portland with a Popup Taproom at Lardo on Southeast Hawthorne. Just as Lardo is teaming up with Buoy Beer at its Westside location, its SE Hawthorne location will be serving up Double Mountain beers from July 22 – 29 to coincide with the 28th Annual Oregon Brewers Festival.

Double Mountain beer has been on tap and complementing Lardo’s ridiculously delicious menu for years and is excited for the opportunity to showcase its beers for the week-long tap takeover. Double Mountain will be taking over all 15 taps and pouring a wide range of styles guaranteed to please beer lover palates of all kinds. Throughout the week all beers will be $5, no matter what beer it is. And for the kids, and the kids at heart, Double Mountain will be sending its house made, non alcoholic Oh Man! Root Beer.

“Lardo is a Portland staple and we couldn’t have found a better partner to do the popup taproom with.” Double Mountain Portland Rep, David Alan shares. “The beer lineup is pretty awesome and will change throughout the week with a couple of surprise taps including a Kriek keg somewhere in there. At five bucks a pint you can’t go wrong.”

Double Mountain brewers and staff will be dropping in for meet and greets all week long to talk shop and enjoy some beer. We just wished we could get some of that tasty Double Mountain pizza here in Portland! 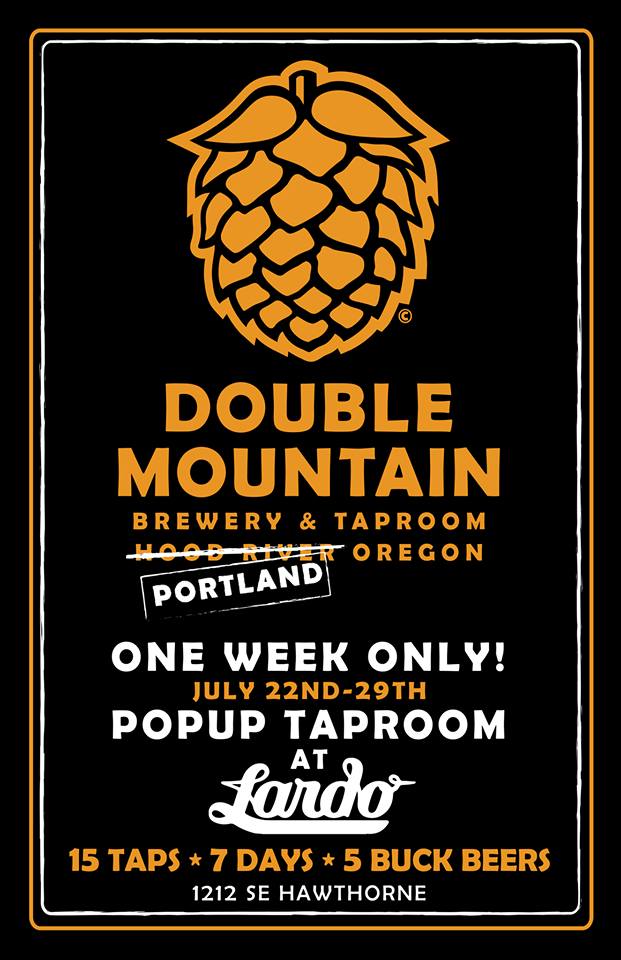