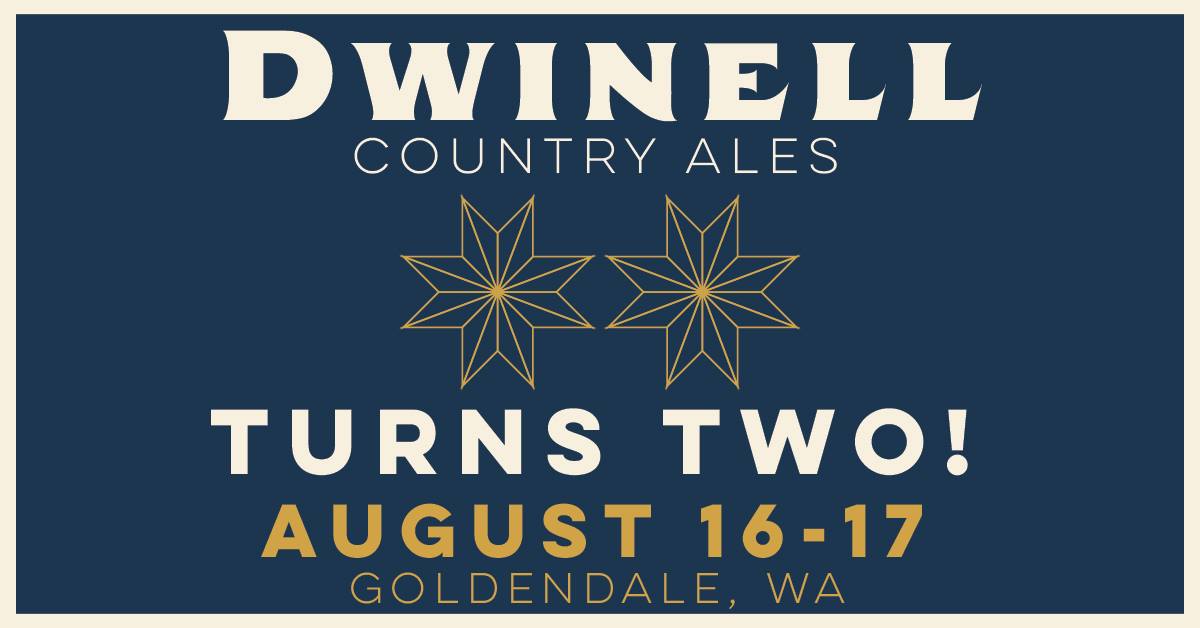 For its Two-Year Anniversary the Dwinell Tasting Room will be serving three new beers on draft and to go in 500mL bottles. Afterglow is a barrel-aged, dry-hopped sour ale; Bramble Berry is a pale lager conditioned in wine barrels with wild yeast and refermented on blackberries; and Fever Dream is an amber ale conditioned in whiskey barrels with a blend of wild yeast strains.

Only on draft, Dwinell will serve a few special small-batch beers rotating on tap over the weekend. Look for Wild Shrub, a wild ale refermented over foraged huckleberries; and Bud Break, a farmhouse ale spiced with rose hips and conditioned on local cherries.

On Friday, guests can dine at the brewery’s new resident food truck, The Dirty Cowgirl that will feature its normal menu of slow-cooked BBQ along with its Friday night special, a prime rib dinner. That evening, from 6:30 pm to 9:30 pm, Columbia Gorge regular McDougall will perform live original music on Dwinell’s outdoor patio.

On Saturday, the brewery will host HopTown Wood Fired Pizza, from Wapato, WA, who will bring their mobile pizza oven to make freshly-prepared pizzas.