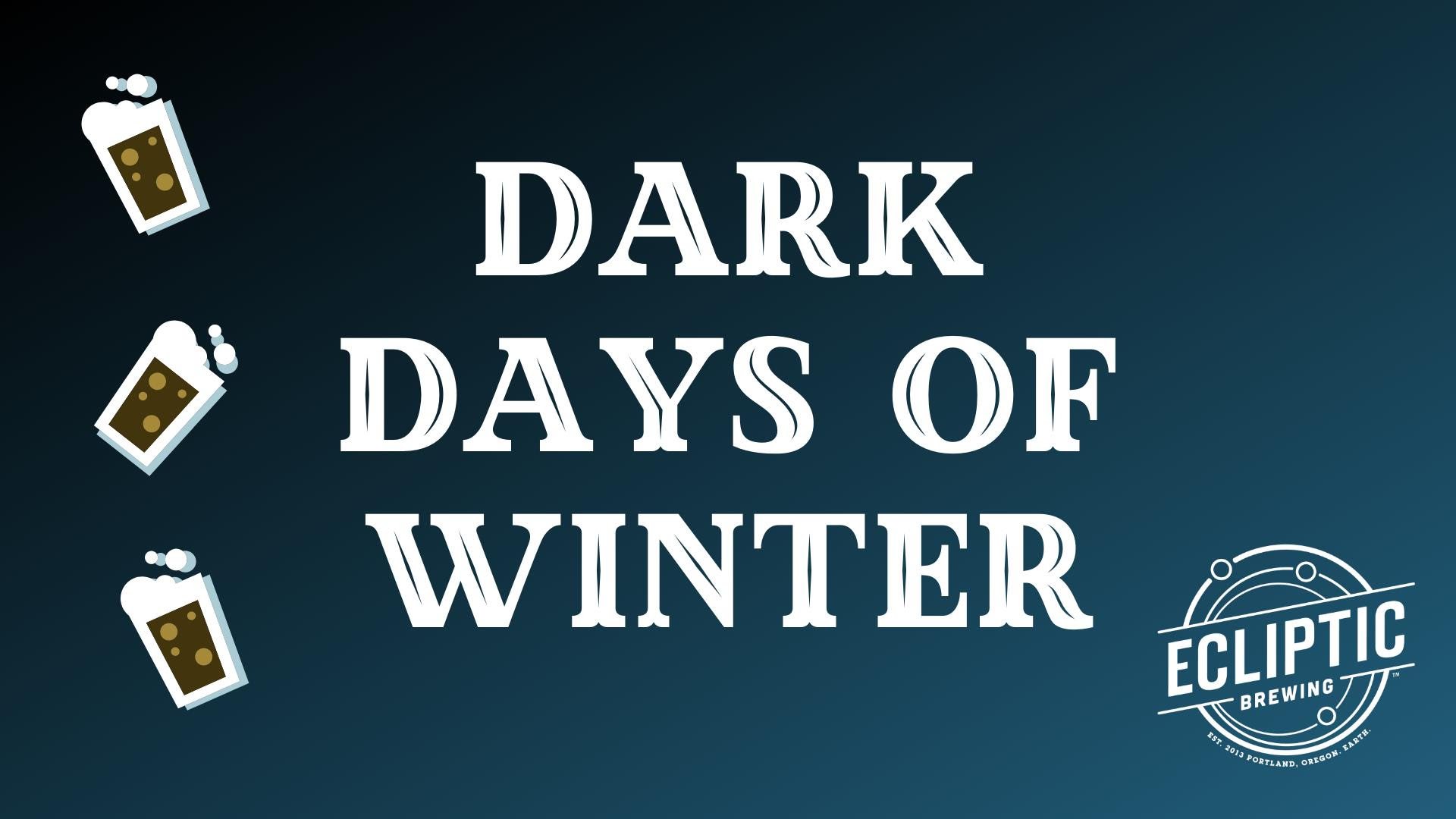 The beers will get very dark at Ecliptic Brewing on Saturday, January 11th as the six-year-old brewery will host The Dark Days of Winter from 11:00am-11:00pm. To mark this dark day, Ecliptic Brewing is celebrating with the release of three new dark beers – Meridian Vanilla Stout, Oort Imperial Stout, and Barrel-Aged Gravity Well Belgian Dark Strong Ale with Spices.

Special Release Series: Oort Imperial Stout
Oort Imperial Stout is named after the mysterious region of our solar system that breeds comets. Massive amounts of roasted barley and chocolate malts were combined with three types of caramel malts for a rich, full mouthfeel. Chinook, Cascade and Simcoe hops lend a balanced bitterness and subtle hop flavor to this brew that’s as black as the vacuum of space.
ABV 9%