As Ecliptic Brewing wraps up its yearlong 5 Years/5 Beers that has seen the release of five collaboration beers, the brewery is now set to host its Sixth Orbit Anniversary Party + Hazy Plum IPA Release.

“I can’t believe it’s time to celebrate another anniversary!” said Ecliptic Owner and Brewmaster, John Harris, in a statement. “We are so excited to host Jeremy Wilson at the party and support his foundation again.”

Ecliptic’s Sixth Orbit Anniversary Party will feature multiple live musical performances beginning at 6:00pm that will be headlined by the Eyelids. Harris will be leading brewery tours throughout the day from Noon-4:00pm, and Ecliptic’s chefs are offering free tastes in the restaurant and special rare beers from the company’s archives. Additionally, Ecliptic will be matching any donations to the Jeremy Wilson Foundation. 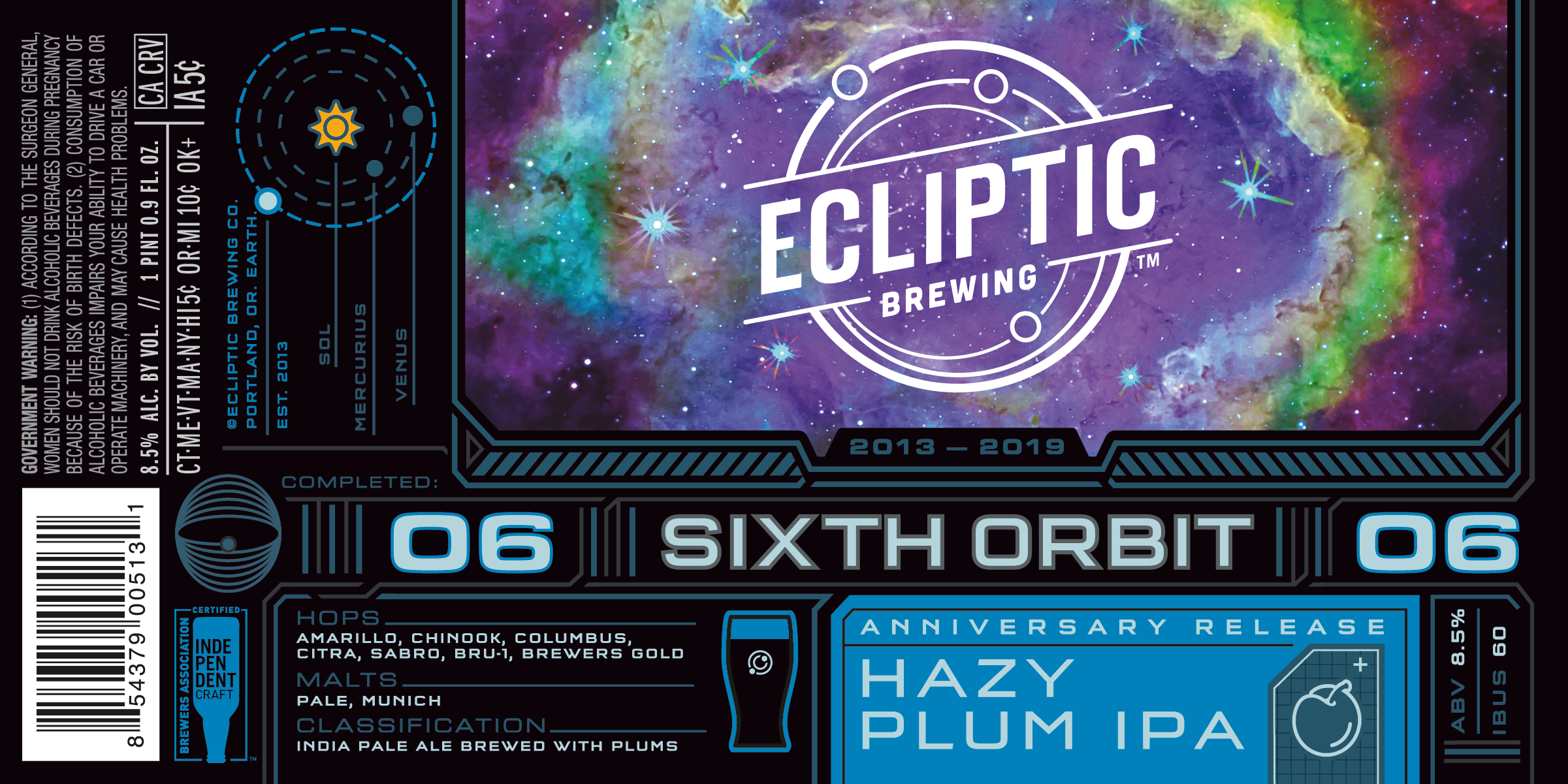 And what’s a brewery anniversary without a special brewed beer to celebrate with? To honor its sixth orbit around the sun, Ecliptic Brewing will release Sixth Orbit: Hazy Plum IPA on draft and in 500mL bottles.

Sixth Orbit: Hazy Plum IPA is an IPA that is brewed with real plums along with Amarillo, Chinook, Columbus, Citra, Sabro, BRU-1 and Brewers Gold hops and sits at 8.5% ABV and 60 IBUs. Harris describes this new beer in statement as, “Plums are a stone fruit, so they add a nice, subtle flavor, and we chose hops that will meld well with them, like Amarillo, Citra and Sabro.”