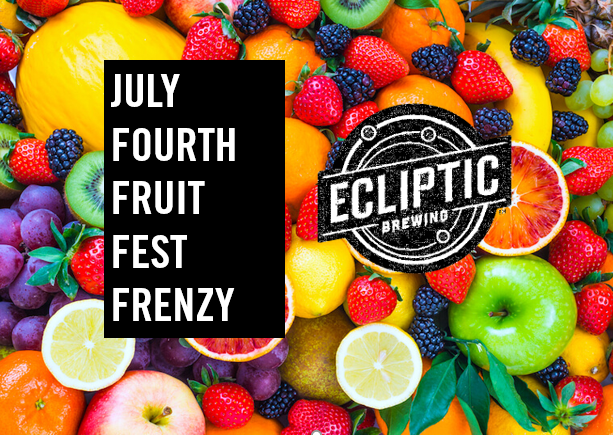 Details:
The following fruit beers will be available at the July Fourth Fruit Fest Frenzy:

All beers will be tapped at 11:00am with the barrel-aged beers made available in a limited quantity until they run out. The fruit beers will be poured individually or as part of two designated flights designed to allow people to try all of the beers available. There will be no cover charge or ticket required.