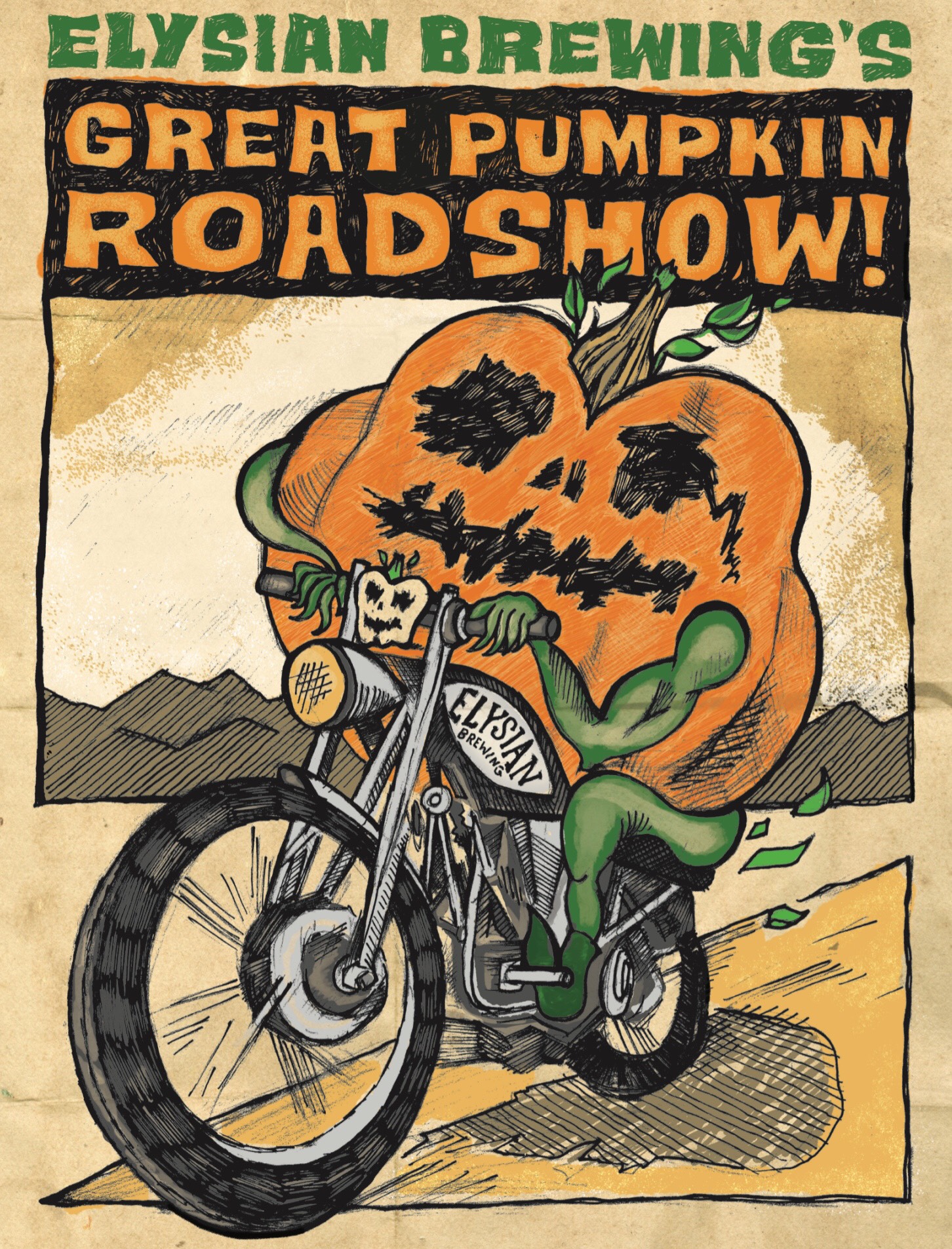 With the cooler air and the change of seasons upon us means that pumpkin beers are back.! And the region’s most prolific brewers of pumpkin beers is back at it as Elysian Brewing releases eight varieties of these gourdeous beers in 2018.

The 2018 Great Pumpkin Roadshow will make seven stops when it kicks off on September 20th in Salem, Oregon. The tour will also make stops in Ashland, Bend, Eugene, Vancouver, Portland, and The Dalles as it hosts events in each city.

Each stop on the Great Pumpkin Roadshow will have a Pumpkin Tapping Ceremony, costume contest, brewery reps, Elysian brewers, pumpkin smashing contests, speciality pumpkin beers only found at the event, and more.

Here are more details on the pumpkin beers and the events scheduled over the next few weeks.