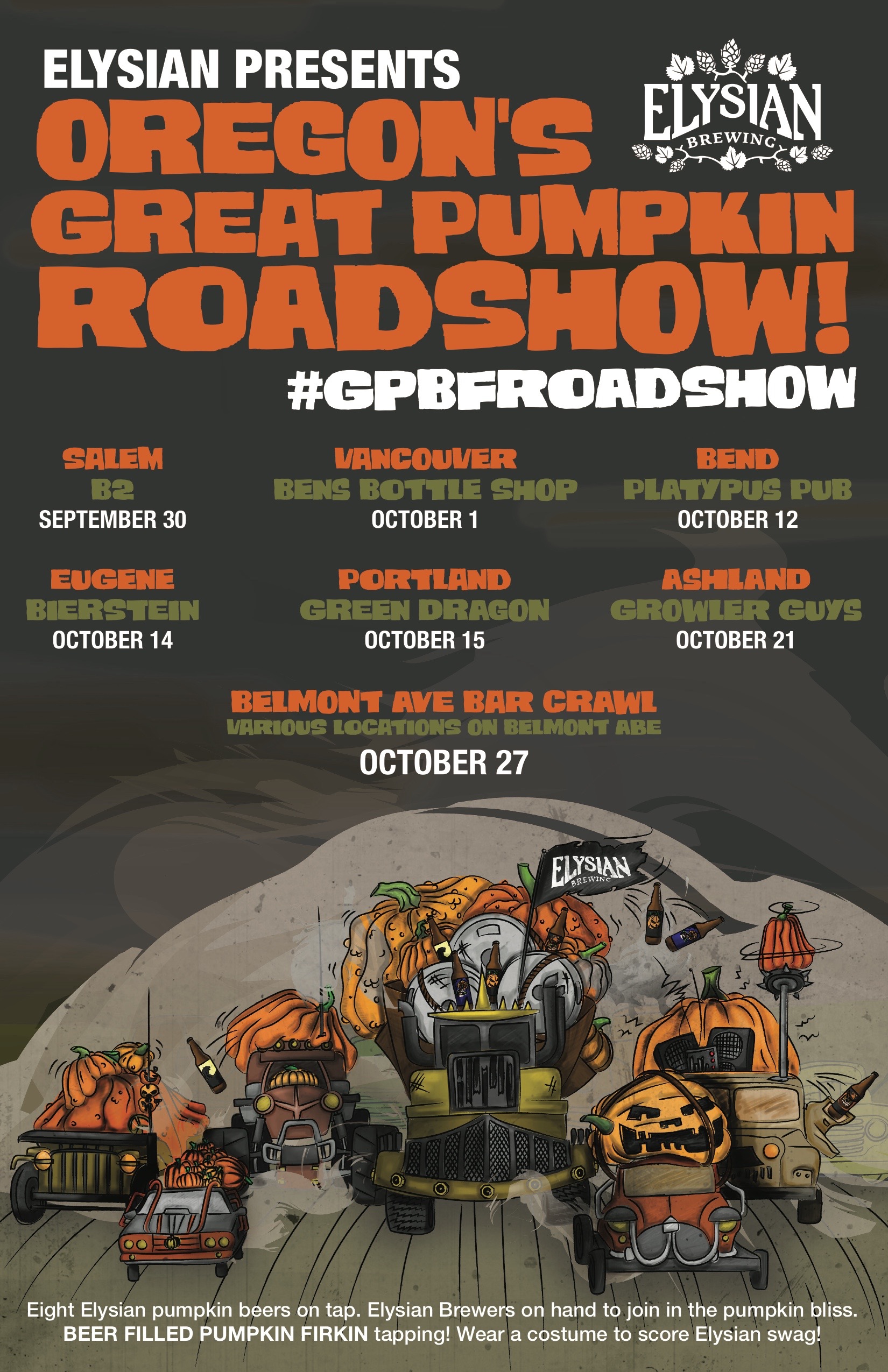 The brewing team at Elysian Brewing continues on with its annual tribute to America’s favorite gourd, the pumpkin. Beginning tomorrow Elysian Brewing will once again return with its Great Pumpkin Roadshow to the great state of Oregon (and Vancouver, WA).

The Roadshow begins tomorrow, Friday, September 30th at B2 Taphouse in Salem and continues through Thursday, October 27th with its annual Belmont Bar Crawl in Portland. At each stop Elysian will feature eight of its Pumpkin Beers. Four of the pumpkin beers will be Night Owl, Dark O’ The Moon, The Great Pumpkin and Punkuccino Coffee Pumpkin Ale. The other four beers will be special, draft only offerings that include Blight, Ben’s Old Fashion, Steam Hollow, and The Gourdfather. 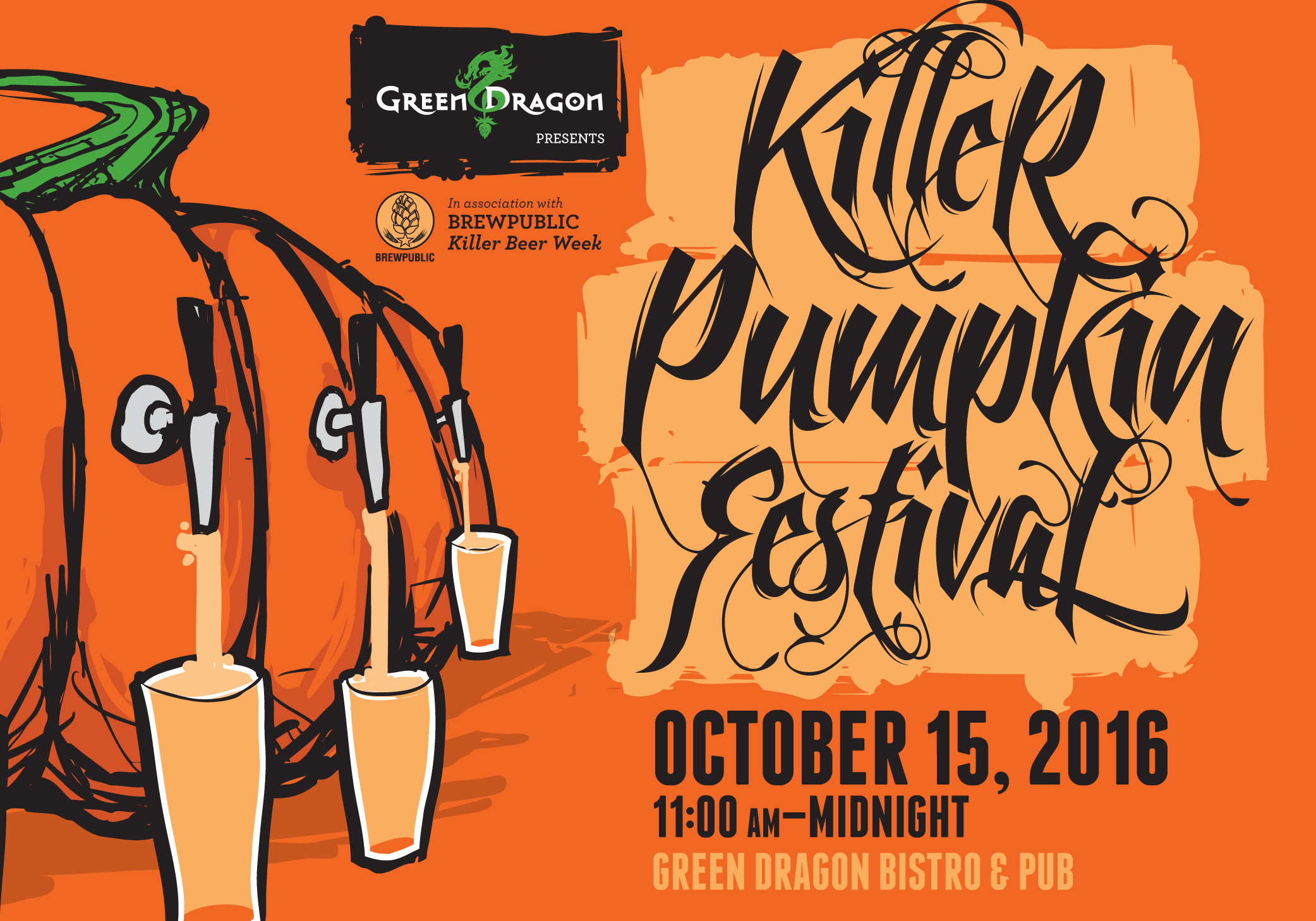 If you’ve missed out on attending the now sold out Great Pumpkin Beer Festival in Seattle on Saturday, October 8th, the next best thing is to attend Killer Pumpkin Fest at Green Dragon on Saturday, October 15th. This daylong event will bring in over 40 pumpkin beers and Elysian will be tapping its gourd filled beer at 5:00pm.

At each stop look for pumpkin gourd tappings, swag giveaways, and more. As always costumes and pumpkin flare are highly encouraged. Pour the Gourd!