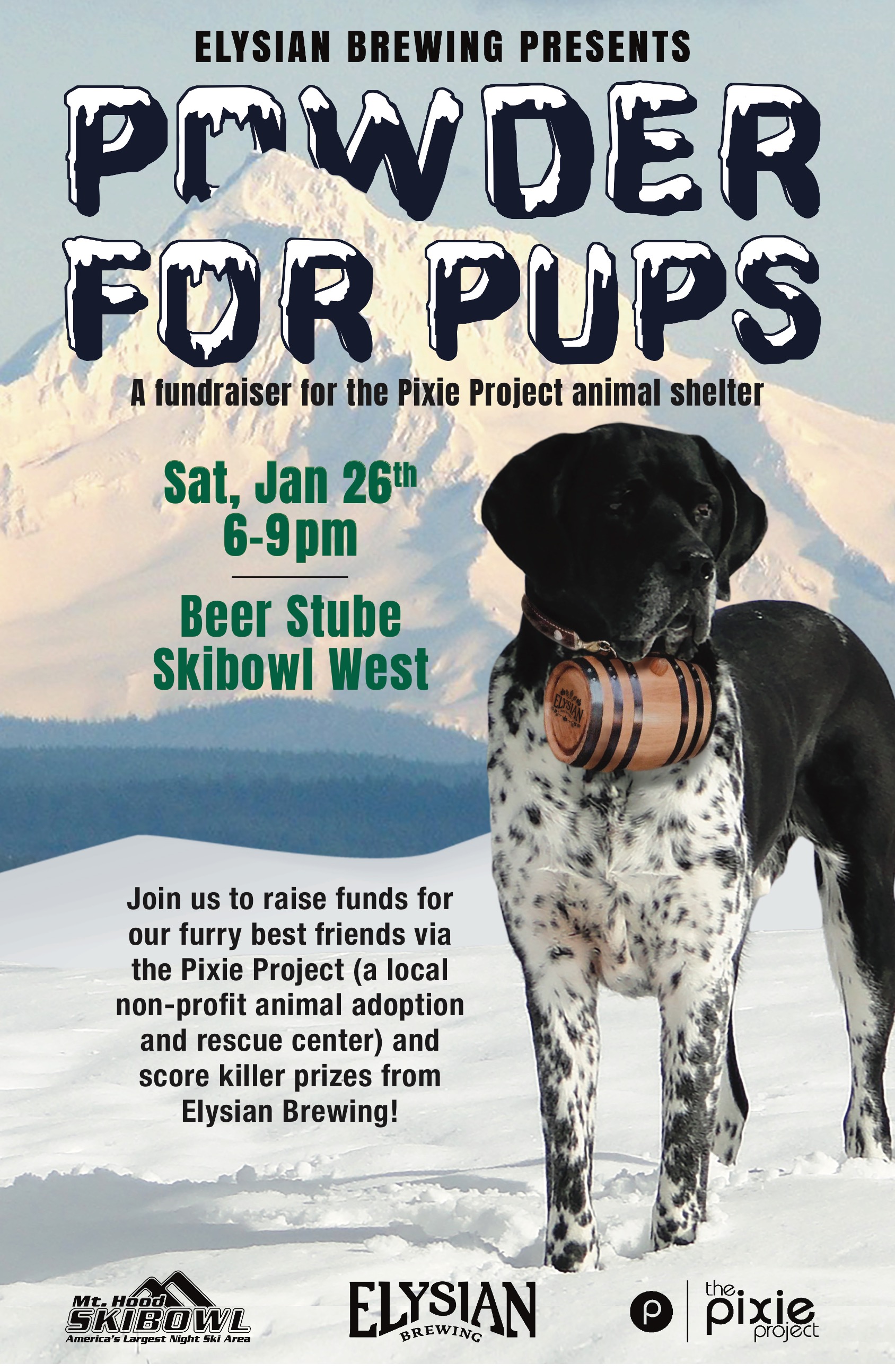 Elysian Brewing, KAVU and The Pixie Project presents Powder for Pups! This fundraising event will take place on Saturday, January 26th at The Beer Stube at Mt. Hood Skibowl.

Ski and shred during the day at Mt. Hood Skibowl and then join the fun from 6:00-9:00pm at The Beer Stube. Powder for Pups will raise funds for our furry best friends via the Pixie Project (a non-profit animal adoption and rescue center). Enjoy a great line-up of Elysian beers and score KILLER prizes via games and raffles! Prizes include Elysian and KAVU gear, lift tickets and a Ski Bowl NIGHT SEASON PASS!