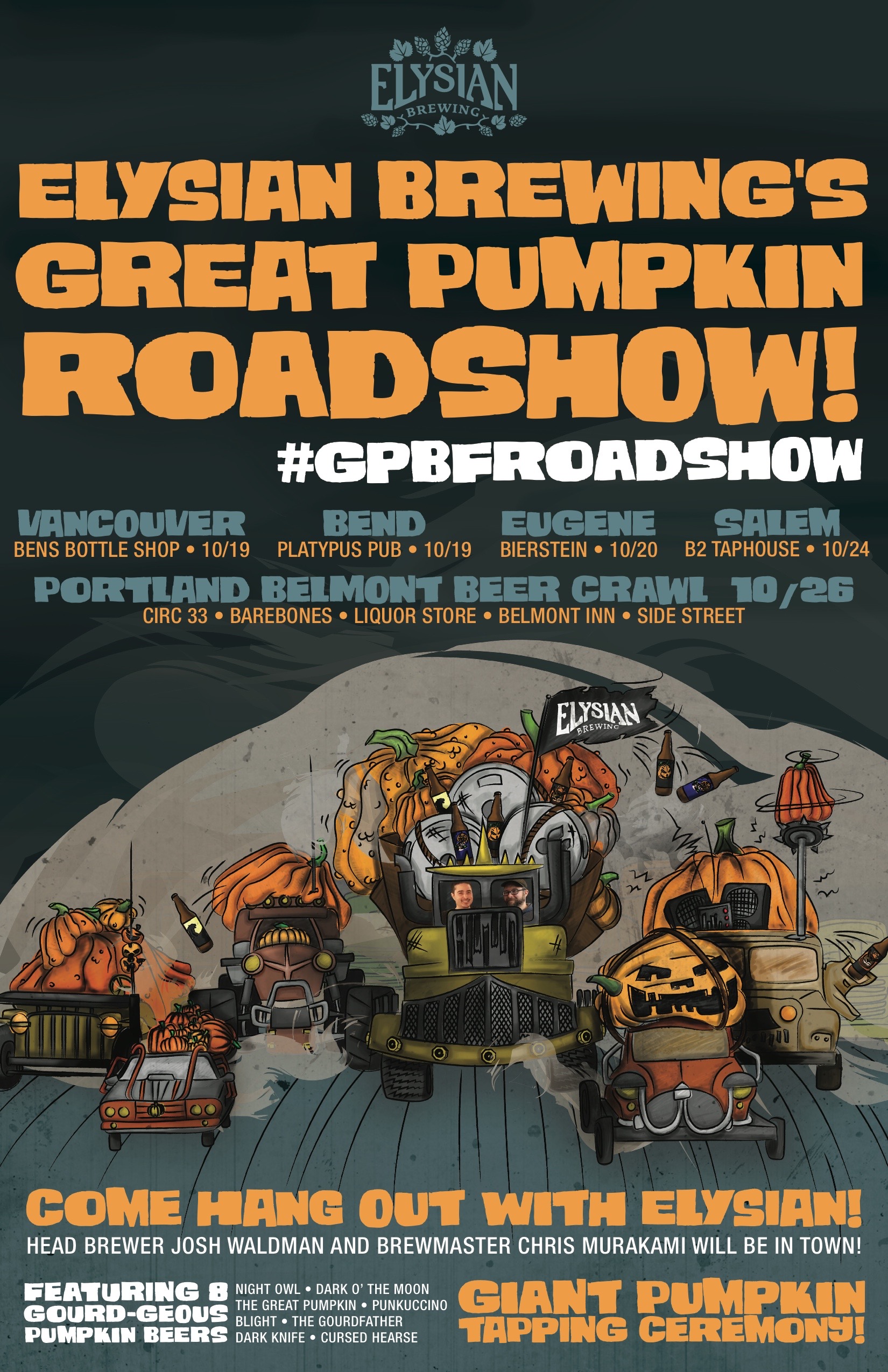 One beer style that continues to cause a bit of controversy is the fall seasonal Pumpkin Ale. Its a style that many love and just as many loathe. However, the brewery that stands atop of this craze is Elysian Brewing and it has five stops on its Great Pumpkin Roadshow that is headed to Oregon and Southwest Washington.

Join Elysian Brewing as it travels from stops in Vancouver, Bend, Eugene, Salem and Portland when it brings eight of its pumpkin beers to bars across this selected region. The Great Pumpkin Roadshow culminates on Thursday, October 26th with its Belmont Street Crawl.

Here are more details on the pumpkin beers and the events scheduled.