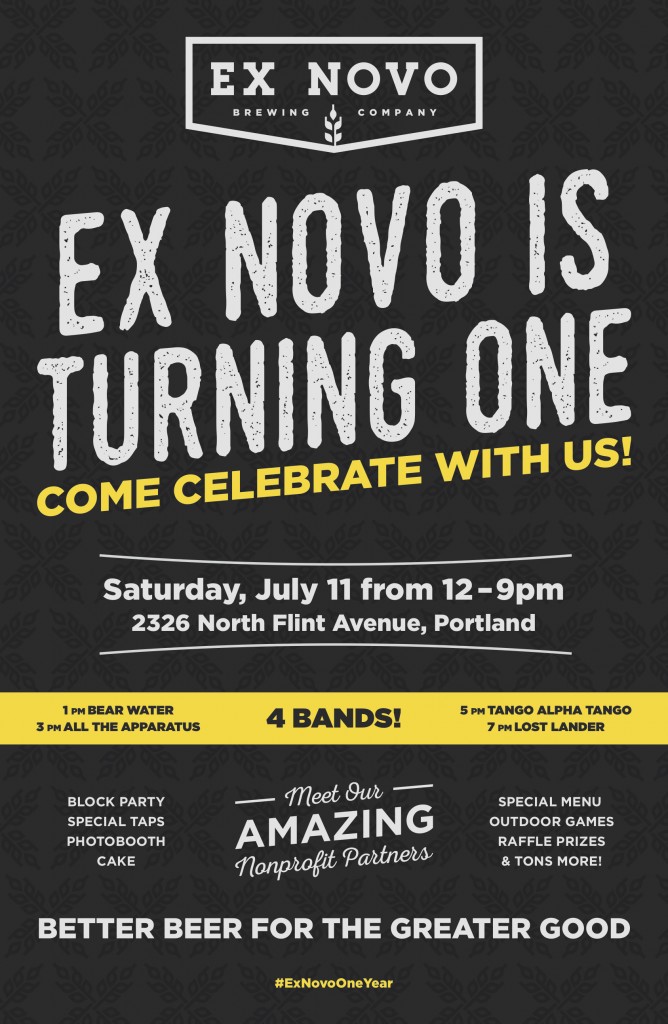 It was a year ago on July 2nd when Ex Novo Brewing Co. poured its first beers to the public to become Portland’s first non-profit brewery. Since this time the brewery has been brewing some fine beers and has been raising money for a few various charities one glass at a time.

To celebrate this milestone the brewery will celebrate its 1st Anniversary Party on Saturday, July 11th from Noon to 9:00pm with a block party out in front of the brewery. To keep in line with its charitable cause the brewery is suggesting a $5.00 to $10.00 donation for entry. 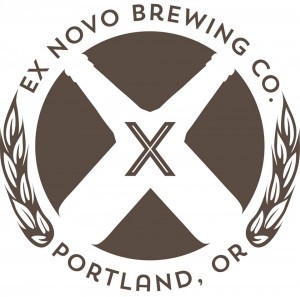 To make this one year anniversary more special, Ex Novo has bottled its first beer, Unus Barrel Aged Brett Saison that will be released at the 1st Anniversary Party. This limited release will be packaged in a 22oz bottle at $12.00 each. It is also included in a limited number of VIP Packages that Ex Novo is selling. 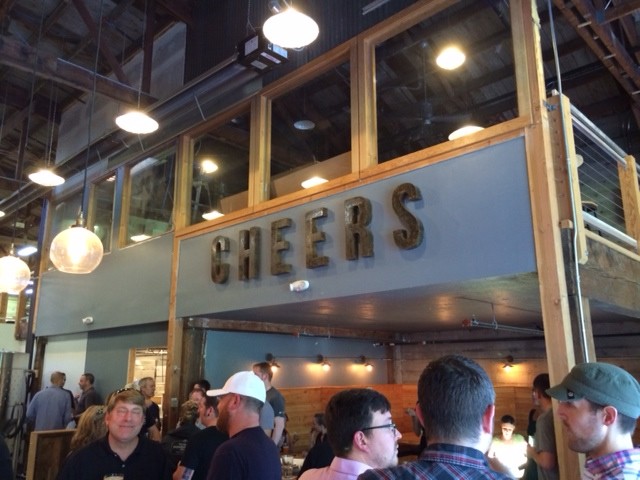 But there’s more fun to be part of at Ex Novo’s 1st Anniversary Party. When the street is closed down out front there will be live music from Bear Water (1:00pm), All the Apparatus (3:00pm), Tango Alpha Tango (5:00pm) and Lost Lander (7:00pm). There will also be outdoor games, raffle prizes, BBQ, Photo Booth, specialty taps and more fun.