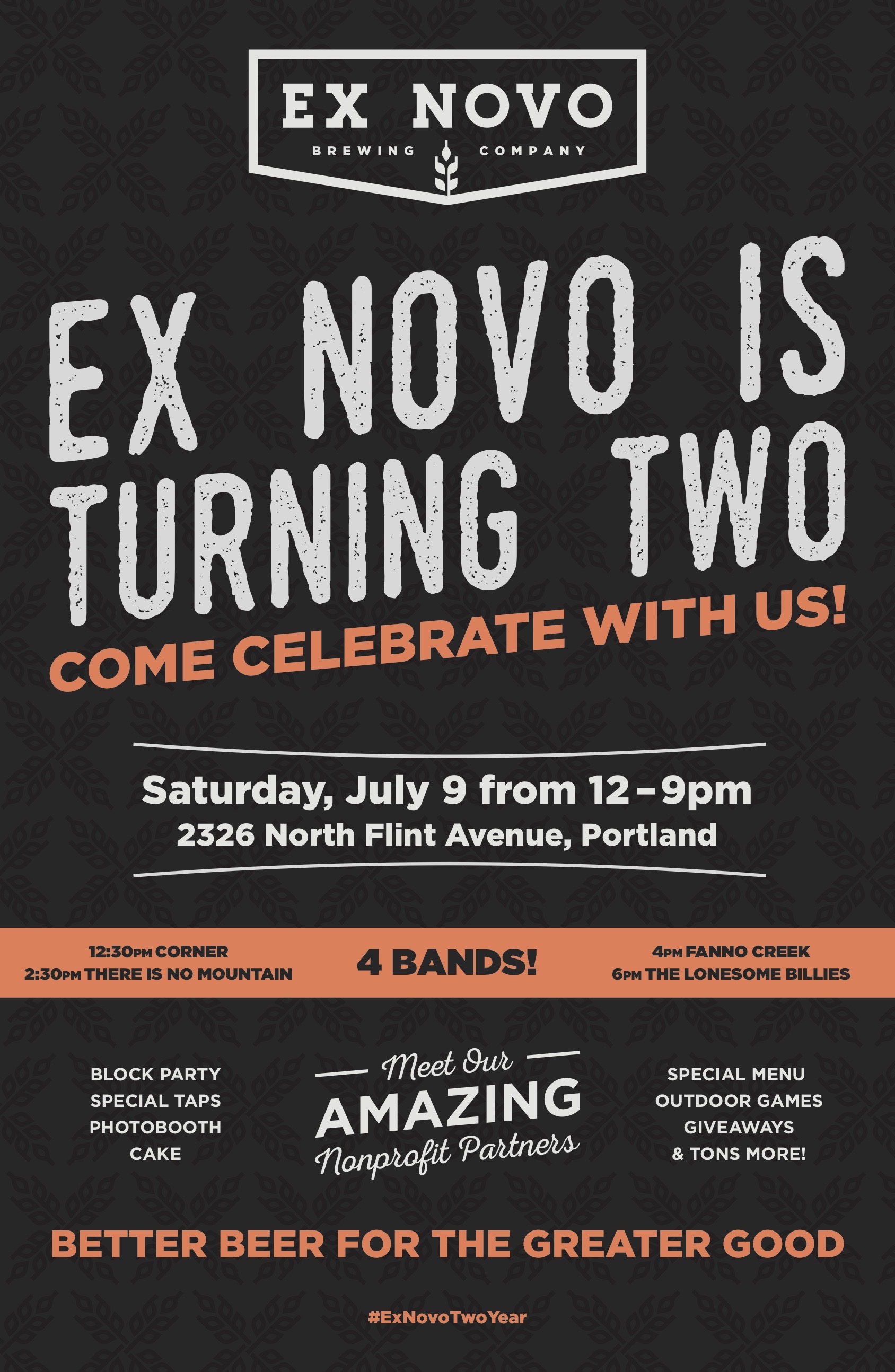 It’s been two years since Joel Gregory opened Ex Novo Brewing, the first nonprofit brewery in Portland and for that matter, the entire country. This coming Saturday, July 9, Ex Novo Brewing will be hosting its 2nd Anniversary Block Party from Noon to 9:00pm.

The 2nd Anniversary Block Party will feature special beers pouring throughout the day, a photo booth, cake, special food menu, outdoor games and giveaways. Ex Novo will also be releasing its 2nd Anniversary Beer – Duo, a Barrel Aged Peach Lambic, available in 22oz bottles to go for $12.00 each. There will be 65 cases of Duo.

Since its inception Ex Novo has been a nonprofit brewery and has partnered with Impact NW, Friends of the Children, Mercy Corps, and International Justice Mission. These four organizations have been the brewery’s charitable partners for the past two years.

We reached out to Gregory to see what the brewery has contributed to these fine organizations. “Short answer is almost $10,000. Long answer is that we’ve been fortunate enough to give away money before the two year mark. Most new businesses can take 3-5 years to be profitable, and we’ve been profitable enough to have cash to donate while expanding brewing capacity by 120% and investing in the growth of the company,” wrote Gregory. “We’re excited that we’ve reached this tipping point and, due to expansion, should be able to give away bigger and bigger checks in the coming year. We’re investing in more equipment now so that we can meet our goal of giving away $500,000 by 2020. We’re always excited to tell people who are excited about our space and our beer that they’re doing real good by patronizing the business, and we believe our donations are being used very well by the social justice organizations we support.”

Make sure to use the hashtag #ExNovoTwoYear in all of your social media posts.