Many of the breweries participating in the Fall Nano Pub Crawl were featured earlier this year that the Nano Beer Fest held at John’s Marketplace. Now festival organizer Brandon Mikel has brought together a few established brewers and breweries to collaborate with theses nanobreweries.

The Fall Nano Pub Crawl will team Everybody’s Brewing, Ecliptic, StormBreaker, Widmer, Whitney Burnside, Mike Wright, and Burnside Brewing with a few of these lesser known breweries. The result is a collaboration event that will feature these new collaborations. Many of the collaborations are extremely rare and in limited supply, many of the beers only have a couple of kegs. Its great to see these nano’s team up with a few well established brewers to expand its development in brewing.

The home base of the Nano Fall Pub Crawl is StormBreaker Brewing. This is where event attendees will check in to receive their passports and tickets. Participating locations along Mississippi will stamp the passport that will offer two tiers of prizes The first prize is awarded at 10 stamps and will be a Storm Breaker Keychain. The Grand Prize is awarded for those who decide to enjoy all 20 offerings and collect all 20 stamps. The Grand prize will be a commemorative Nano Pub Crawl T-shirt that will be given out at the Nano wrap up party in December at StormBreaker.

Fall Nano Pub Crawl Beer List:
Agrarian Ales – Eugene, OR
Field Beer – 5.0%
Meant to be a simple approachable beer for satiating yourself after working in the field. Showcases organic Beligian pilsner malt and French saison yeast with just the slightest dose of nuggets hops for balance.

Brewery 26 and Burnside Brewing – Portland, OR
Compadres Mexican India Pale Lager – 7.0%
Dry hopped with Amarillo and El Dorado to give notes of citrus and stone fruit.

Hop Haus Brewing and Widmer – Gresham and Portland, OR
Pour Me Another ESB – 5.6%
Malty English style with a twist adding some smoked malt and US El Dorado hops.

Leikam Brewing and Brewed By Gnomes – Portland, OR
Little Heart Belgian Darke Ale – 5.8%
A collaboration between two nano breweries. We hand-picked Hawthorne berries on Mt. Tabor and added them to the boil. The berries are known for their heart healthy benefits. The result is a tasty blend of chocolate and red berry notes.

Pints and Everybody’s – Portland, OR. and White Salmon, WA
Kettle Kreme Soft Serve – 5.3%
You’ve heard of kettle sours. Now we take it to the next level – the ultimate ice cream beer. Brewed with American malts, lactose, vanilla and real ice cream, you will crave more than a single serve.

Three Mugs and Depoe Bay Brewing – Hillsboro/Depoe Bay, OR
Whale Rye-der IPA – 7.3%
A coast/suburbs collaboration, Whale Rye-der brings to you the best of Oregon. Malty character with a little spiciness from the rye hits your palate first, fading into hop bitterness. Then comes the resinous, dank, earthy flavor of the late addition Northwest hops. Hold on, it’s one helluva ride! 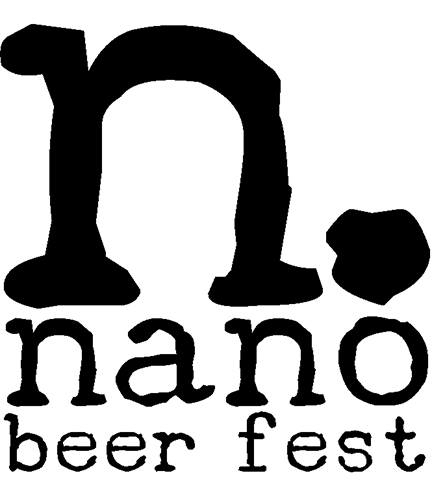 There are two ticket packages available through www.nanobeerfest.com $17 for the passport and 10 tickets or $30 for passport and 20 tickets. 1 ticket will yield one 4oz pour with rare exception. Additional tickets will be available for purchase for $2.00 each.