Vancouver’s Final Draft Taphouse is set to celebrate its 4th Anniversary this weekend with a special beer release and its annual Christmas in July Party.

On Friday, July 30, Final Draft Taphouse will host the release of RAD POP, a collaboration with Brothers Cascadia Brewing from 5:30-9:00pm. RAD POP is a West Coast IPA brewed with generous amounts of Strata and El Dorado hops. Look for it on draft and in 16oz cans. There will also be a limited run of RAD POP t-shirts.

Then on Saturday, July 31, Final Draft Taphouse will host its annual Christmas in July – 4th Anniversary Party from 3:00-9:00pm. Look for a variety of cellared barrel-aged dark beers to celebrate with in the heat of the summer. Make sure to dress for the occasion with Hawaiian shirts and Christmas sweaters! Final Draft Taphouse will also be serving up a cake for its patrons. 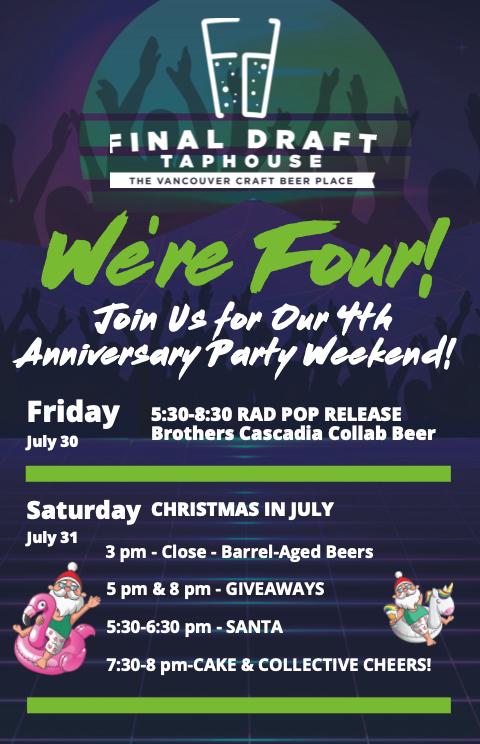