With the Firestone Walker Invitational Beer Festival (FWIBF) just over one week away, Firestone Walker Brewing has announced its festival collaboration beer. For the fifth installment of this phenomenal beer festival, Firestone invited their friends from Russian River Brewing to brew a new beer that will be released exclusively at the FWIBF on Saturday, June 4, 2016.

What happens when you mashup each of the brewery’s well received pilsners, STS and Pivo? Well you get STiVO Keller Pils brewed by Russian River owners Vinnie and Natalie Cilurzo and Firestone Walker’s Brewmaster Matt Brynildson. Both brewers say that STiVO is as much a testament to personal friendship as professional collaboration.

For those making the trek to Paso Robles, California on June 4th, make sure to be on the lookout for this limited collaboration beer, we sure will be! After the festival, STiVO will be making its way from the brewery to Firestone Walker markets nationwide for a limited time on draft.

“This beer has 10 years in the making,” said Brewmaster Matt Brynildson. “Vinnie and I respect each other immensely as brewers, but more important, we’re good friends.”

Brynildson noted that when the Cilurzos built their brewery, Vinnie Cilurzo would call regularly seeking technical input. Conversely, when Firestone Walker established its Barrelworks wild ale facility, the brewing team leaned on Cilurzo for his expertise. Cilurzo even gifted his original bottling line to Barrelworks. In 2014, when Russian River was undergoing a brewhouse expansion, Firestone Walker temporarily brewed Pliny the Elder to help keep the taps flowing (“That was the ultimate collaboration,” Brynildson said). Both brewers are also founding members of Hop Quality Group.

“It had to be inspired…”

Naturally, over the years, pressure began to mount with regard to a potential collaboration brew. “People have been asking us for years about a collaboration beer, but we never wanted to force it,” Brynildson said. “It had to be inspired.”

That inspiration finally struck when they began discussing the idea of a collaborative pilsner to commemorate the 2016 Firestone Walker Invitational Beer Fest.

“Neither Matt nor I started out as pilsner brewers when we each got our start in the craft beer industry, but it’s a style we are both passionate about,” Cilurzo said.

Added Brynildson, “I think people were expecting us to come out with something like Pliny The Elder-meets-Double Jack on steroids, or some extreme barrel-aged beer. But it ultimately came down to us wanting to make the type of beer we personally like to drink when we’re hanging out.” 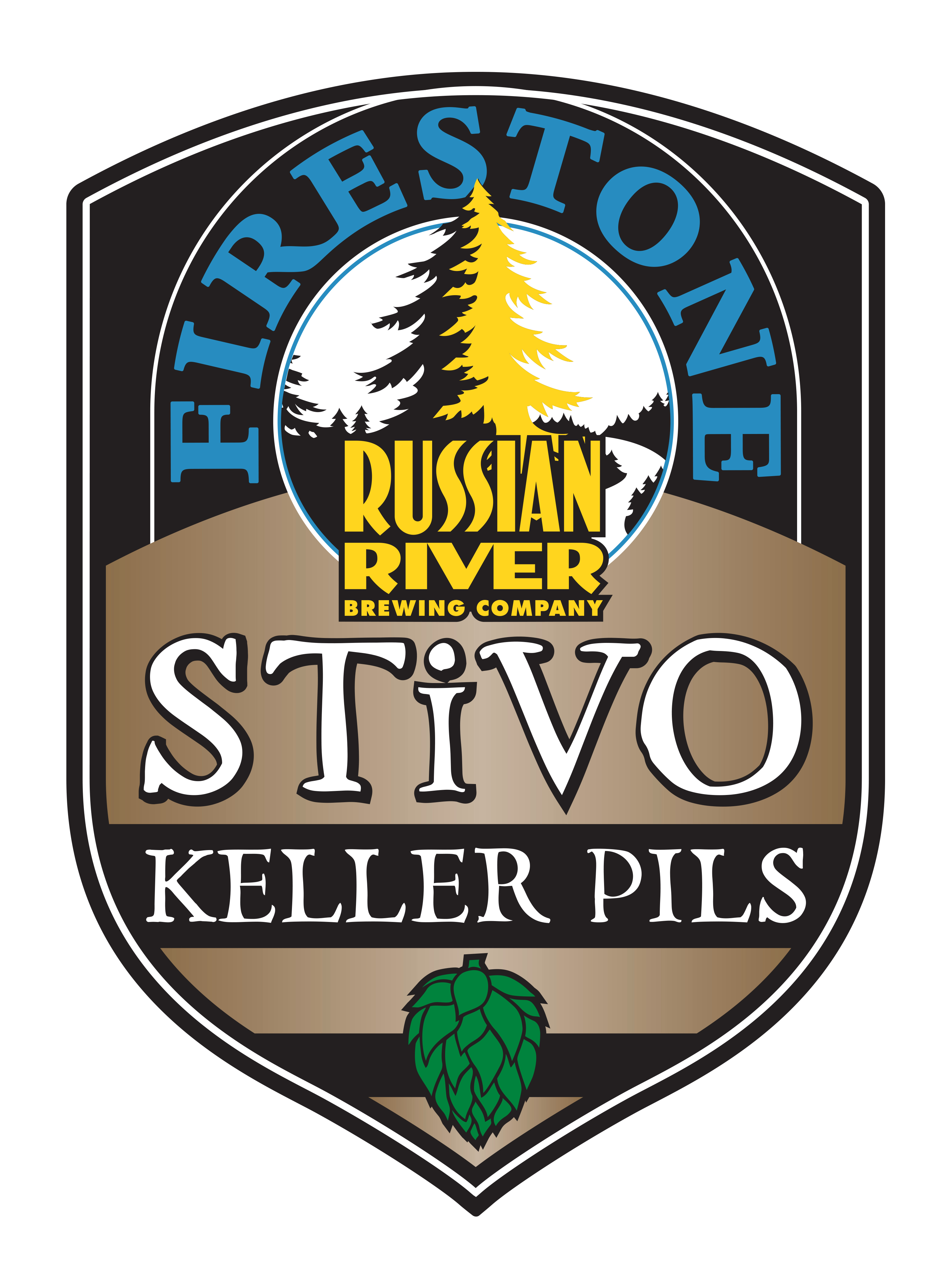 The result is STiVO, a happily arranged marriage of the STS and Pivo recipes. “Our water philosophies and malt profiles were already essentially the same, and our yeast strains were pretty similar, so it really came down to how we wanted to handle the hops, and the overall weight of the beer we wanted to make,” Brynildson said.

“Although many pilsners from around the world have influenced me, none give me more inspiration than Pivo,” said Cilurzo. “Blending our two pilsner recipes to create this special brew for the 2016 Firestone Invitational seemed only natural. Natalie’s and my friendship with Matt and the Firestone Walker family is at the very heart of this beer.”

Cilurzo and Brynildson ultimately split the hops down the middle between Pivo’s German Saphir hops and STS’s Alsatian Aramis hops, both of which belong to the new wave of European hop cultivars.

“These hops are more similar than they are different, and they blend really well together,” Brynildson said. “They don’t taste like fruity American hops, but they’re not like Old World Hallertau hops, either. They’re perfect for this idea of a new age hoppy pilsner.”

Cilurzo and Brynildson also bumped up the front-end malt for a slightly higher gravity and a resulting ABV of 6.3%, a distinct notch above the 5.3% of STS and Pivo while still remaining dry and super drinkable. Also, like STS, STiVO was racked to kegs unfiltered and will be presented in the classic keller style, naturally carbonated and slightly hazy.

As Brynildson put it, “STiVO is the desert island beer that Vinnie and I would share if ever we were thrown off the boat together.”