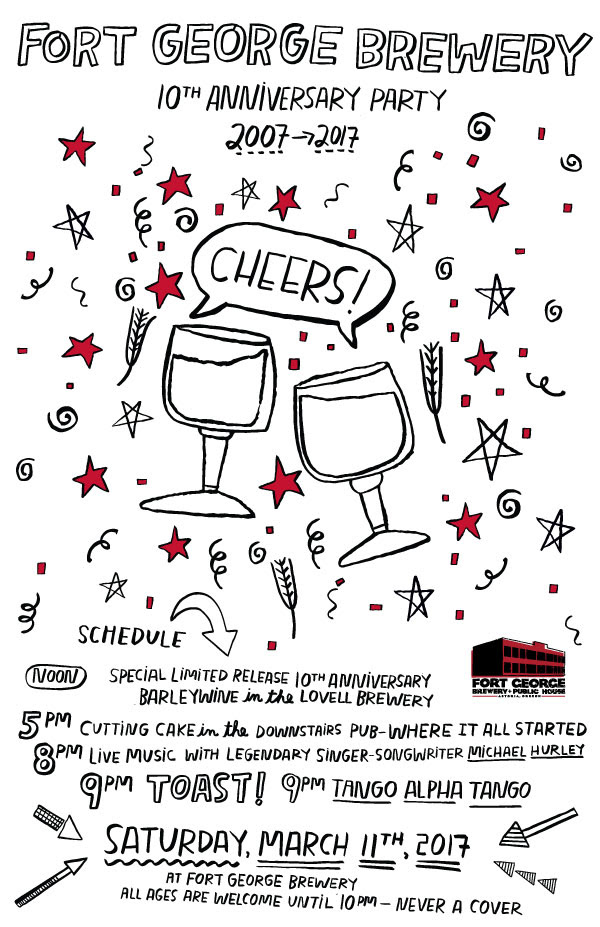 Ten years ago Jack Harris and Chris Nemlowill found an abandoned building in the sleepy town of Astoria and decided to make this the home of their new brewery. Now, ten years later, Fort George Brewery + Public House has become a craft beer destination in this town that has transitioned from being a canning town to a popular tourist destination.

On Saturday, March 11th, Fort George Brewery will celebrate its 10th Anniversary with a day long celebration. There will be a 10th Anniversary Pinot Noir Barrel-Aged Barleywine bottle release, live music and at 5:00pm the ceremonial cake designed by Chef Jeff and his wife Lindsey will be cut and then served. 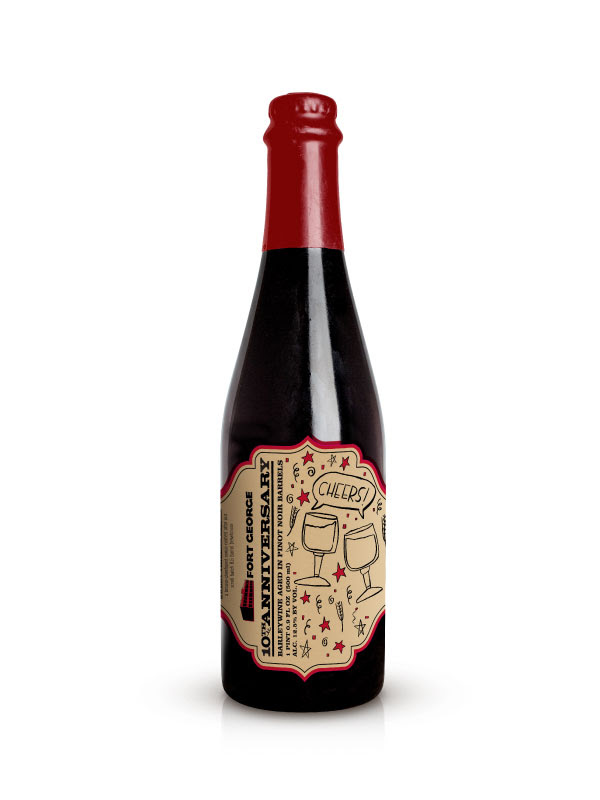 At Noon the brewery will release its 10th Anniversary Pinot Noir Barrel-Aged Barleywine in 500 mL bottles at the Lovell Brewery. Live music will begin at 5:00pm with Michael Hurley that will be followed by Tango Alpha Tango at 9:00pm.