The infusion of coffee and an IPA is a rare occurrence though we live in an area where both drinks are consumed in large quantities. One brewery that has been releasing a Coffee IPA over the past few years as one of its winter seasonals is Fort George Brewery with its Java the Hop. However this year the beer will not be available in 16 oz. cans, it’ll only be available on draft.

Fans can look for Java the Hop beginning on Thursday, October 20th. One place you’ll be able to find Java the Hop is on Friday, October 21st at Saraveza when the recently turned 8 year old tavern and bottle shop hosts Brewpublic’s 8th Brewniversary during our annual Killer Beer Week. 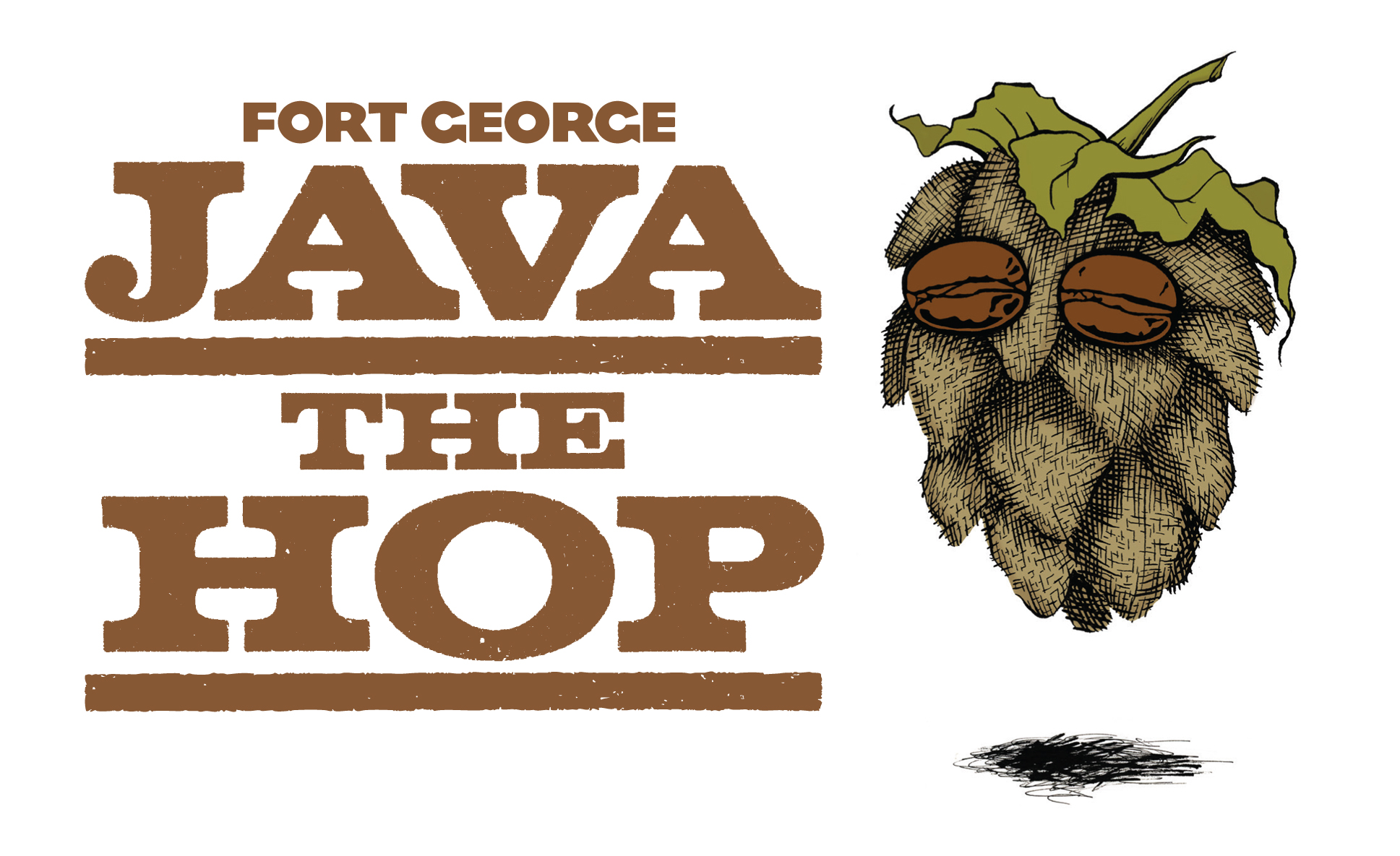 The Dark
From the beginning, Java the Hop has been a joint collaboration with Portland’s Coava Coffee Roasters. Owner Matt Higgins and his crew are expert tasters with vast experience hand-selecting beans from all over the world. For this batch they chose Los Nacientes, a Costa Rican coffee with notes of chocolate, nuts, and subtle fruit acidity. These were added to the secondary fermenter within 48 hours of roasting, to ensure maximum exposure to the aroma compounds.

“The whole beans float freely in the tank,” explains Fort George brewer Jason Palmberg. “We use something like a pool skimmer the brewery rigged up to fish them back out. It can be a little tedious. And from there the beans head to a local farm for composting.”

The Light
This year’s Java the Hop was brewed using Mosaic hops. An offshoot of Simcoes, Mosaics retain some of that strong, piney aroma from the mother plant, merged with juicy, tropical fruit traits.

“The last two Java the Hops used coffee that created a fruit forward nose,” Head Brewer Michal Frankowicz adds. “This time we wanted a bolder coffee to balance out all of the mango and citrus already present in the Mosaics.”

The Beer
Mornings are for coffee, evenings are for beer, Java the Hop is timeless. A minimal malt bill focuses your powers on the pairing – radiant and light, with huge coffee aromatics, a hint of chocolate roast (but not on the dark side), and a tropical hop finish. No mind tricks, just simple complexity.

Be on the lookout for more draft-only offerings from Fort George heading into 2017. This batch of Java the Hop is limited. Ask your favorite northwest pub to put it on tap while they can. May the Fort be with you.