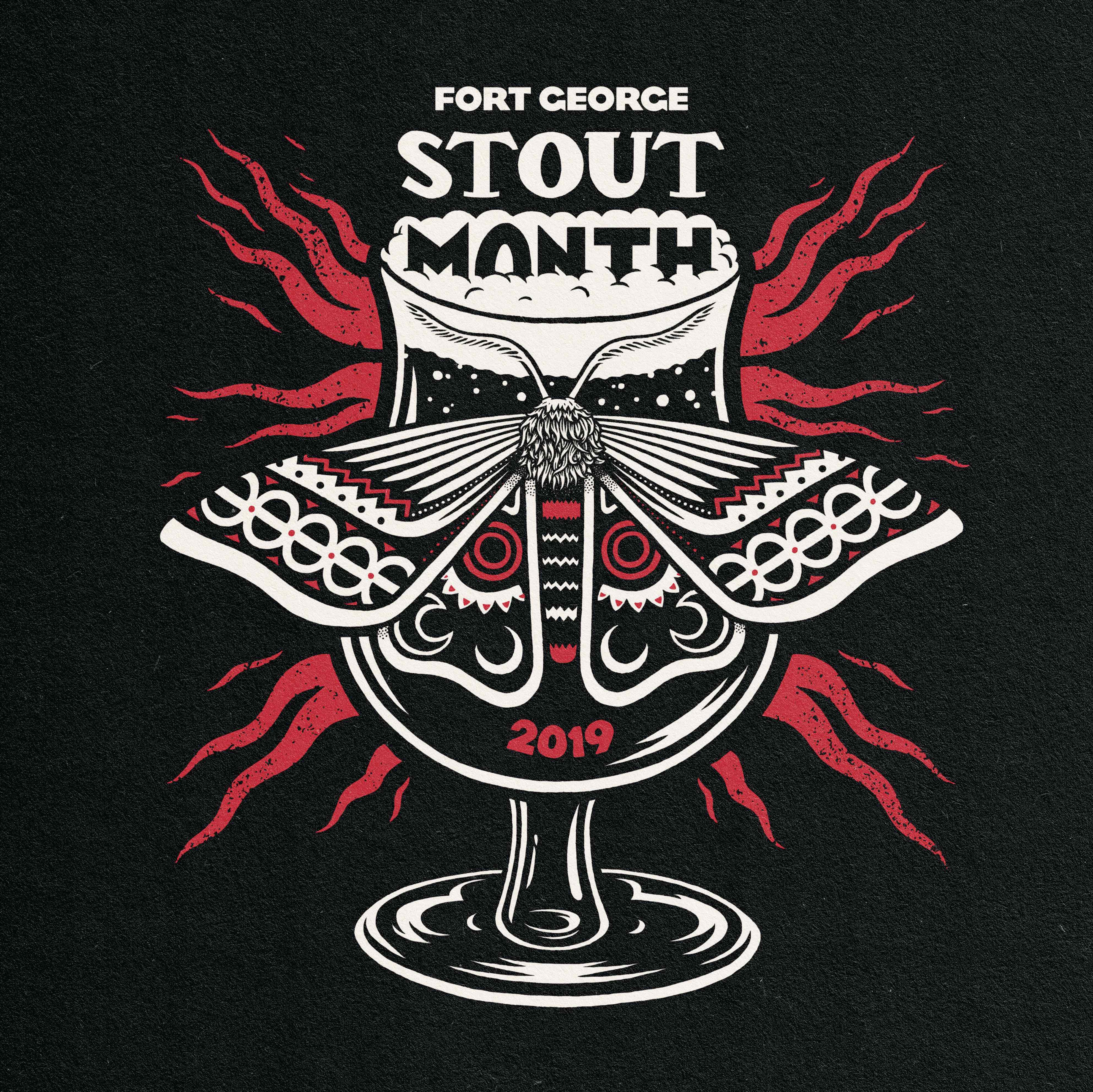 During the month of February, Fort George Brewery celebrates the shortest month of the year as Stout Month. In doing so the brewer in Astoria, Oregon releases dozens of its stouts and hosts its pricey, yet sold out Festival of Dark Arts.

All of the 2019 Matryoshka bottles will be available for purchase starting Sunday, February 17th, along with limited cellared 2018 Matryoshkas, plus very, very limited 2017 Matryoshkas. The Lovell Taproom will be pouring as many Matryoshka vintages & variations as they can fit on the tap wall. Plus, Fort George will also be releasing Skies of Wonder Imperial IPA on the same day.

Here is the Fort George stout calendar that lists the upcoming stout releases that will take place at the brewery.

Even though its Stout Month at Fort George, the brewery will continue to offer no-cover, live music each Sunday night beginning at 8:00pm. Here’s the schedule for the month.

For those of you attending the 2019 Festival of Dark Arts on February 16th, the music schedule is as follows – The Builders and the Butchers, Black Belt Eagle Scout, Dark Castle, Hook & Anchor, Adam Torres, The Quick & Easy Boys, The Waysiders, Brother Angus, Wave Action, and more!

If you cannot make it out to Oregon’s North Coast or you just may need a bit more Fort George stout in your life, the brewery will once again bring its Traveling Carnival of Stout to the Portland metro area. Here’s where you can find this deep, dark beer!