Each spring, Fort George Brewery reaches out to one of its fellow breweries to brew Fanzine IPA. For the 2022 edition of Fanzine IPA, Fort George has teamed up with Block 15 Brewing Co. It’ll make its Portland area debut later today at Wildwood Taphouse.

For this go-round, the discussions began this past summer while both breweries were visiting Crosby Hops in Woodburn, Oregon. There the two talked about their admiration for West Coast Style IPAs and decided that this would be the style for this year’s Fanzine IPA.

Fanzine IPA featuring label art from August Lipp, is now making its way on draft and in 16oz 4-packs across the Pacific Northwest. Don’t want to wait? Pre-orders for direct shipping on cases in Oregon and Washington for $84 per case at https://fortgeorgebrewery.com/shop/. 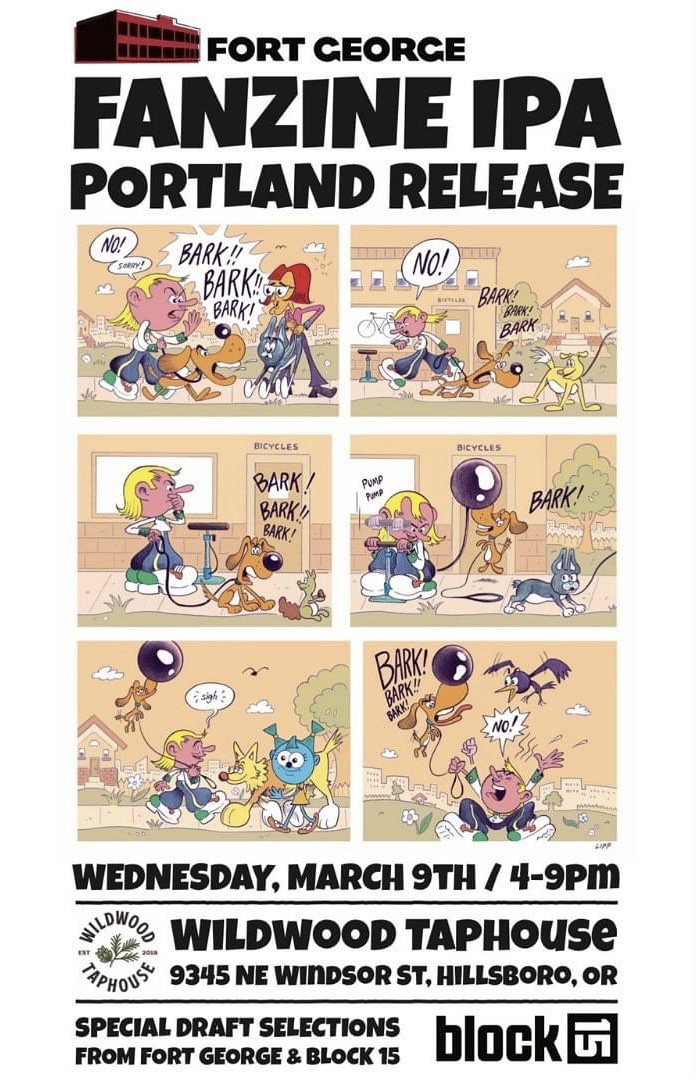